BRUSSELS (Reuters) – Euro zone finance ministers remain worried about Italy’s budget row with the European Commission and are waiting for the next move from the EU executive this week before formally stepping up their pressure on Rome, top officials said on Monday.

The ministers are in Brussels for an extraordinary meeting on euro zone reform and Italy’s fiscal plans are not on the agenda, but Dutch Finance Minister Wopke Hoekstra expressed the concerns as he entered the Eurogroup talks.

“We are all worried about the existing situation. Clearly this is a matter that not only involves Italy, but all of us,” Hoekstra told reporters. “It is imperative that the Commission does what is in the interest of all the different European countries.”

Italy is at loggerheads with the Commission and many fellow euro zone governments over its expansionary 2019 budget which Brussels has rejected, saying it fails to bring down the debt in the highly indebted country as required by European Union rules.

Brussels is expected to adopt a report on Italy’s debt on Wednesday, EU officials told Reuters last week, a possible first step in a disciplinary procedure that could eventually lead to fines and the freezing of EU funds to Rome.

In Rome, Deputy Prime Minister Matteo Salvini said any budget sanctions against Italy would be “ungenerous”. Italy did not want to demolish the EU but wanted to change some rules that damage EU citizens including its own, he added.

READ  For cancer survivors, Walgreens offers balms, and beauty to help in the healing

Commission Vice President Valdis Dombrovskis declined to detail decisions to be made on Wednesday, but underlined that the EU executive was preparing “a follow-up” to a request sent to Rome last month in which it urged explanations over its large debt.

On Italy “we are certainly following all developments very closely,” the head of the Eurogroup Mario Centeno said, adding that finance ministers were now waiting for the Commission’s decision this week before considering the next step.

Under EU fiscal rules, a Commission report on Italy’s debt would need the endorsement of senior euro zone finance ministry officials before Brussels could formally recommend the opening of a disciplinary procedure against Italy.

The procedure would formally start only when finance ministers back the recommendation, a move that could in principle be made already at meetings in early December, but that is more likely to be postponed to January, officials said.

READ  BoE most likely to cut rates in a no-deal Brexit: Tenreyro 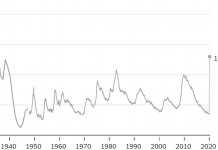 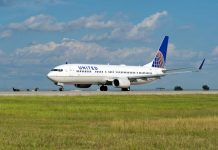 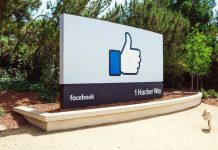 Chipotle extends its National Burrito Day free queso through Friday, plus where to get free delivery

Do people in Maryland put Old Bay seasoning on grits? People on Twitter are...