The trans-Atlantic relationship is in trouble. No American president has ever been as widely loathed among Europe’s political class as

And not since the era of Freedom Fries and Axis of Weasels have so many European countries, this time including Britain, been spoiling for a fight with the U.S.

To the Europeans, Mr. Trump’s decision to withdraw from the Iran deal and impose sanctions on European companies that trade with Iran is a profound betrayal. As they see it, the U.S. made a solemn commitment to observe the deal after European countries entered into it in good faith. Harming European commerce with Iran to serve American interests is the act of a bully and an overlord, not of an ally and friend.

The Trump administration’s apparent indifference to European concerns boils the blood of even the most placid of Eurocrats. Europe is now actively looking for ways to inflict pain on the Trump administration in the short term, and in the long term to ensure its increasing independence from the U.S.

From the White House, things look very different. The Iran deal was not a legally binding instrument but the result of President Obama’s overreaching freelance diplomacy—as if

counting the votes against the Treaty of Versailles, unilaterally committed the U.S. to join the League of Nations. The Europeans should have checked the relevant clauses in the American Constitution, assessed the state of congressional sentiment, and realized that Mr. Obama simply lacked the authority, political or constitutional, to commit the country permanently to such an agreement.

For the Trump administration, the Iran decision was not about deserting allies or overruling their wishes. Mr. Trump’s Middle East policies, after all, are quite popular with most of America’s Middle East allies. The Gulf Arabs and Israel felt betrayed by the Obama administration’s pivot to Iran; they are thrilled about the American change of course. The question isn’t whether the U.S. should stand by its allies but whether the Middle East policy preferences of America’s European allies should be imposed on those allies that actually live in the region.

The suggestion that their wishes must be weighed against those of the Gulf Arabs and Israel is humiliating to European policy makers. Most European governments do not regard these postcolonial Arab monarchies and Zionist upstarts as anything near their equals. For a U.S. administration to take that view is a slap in the face.

But preventing a single power from dominating the oil resources and transportation routes around the Persian Gulf has been a central objective of American policy since the Truman administration. Iran is currently the largest, indeed the only, significant threat to these vital interests. The maintenance of the U.S. power upon which America’s European allies rely, the administration believes, depends on blocking Iran’s drive for regional primacy. From this perspective, it seems arrogant of European countries to so casually brush aside the claims of longtime U.S. partners like Israel and the Gulf Arab states, and ridiculous of Europe to demand a veto power over actions the American government believes are necessary to the preservation of the global system.

These strategic arguments cut no ice with Europeans, largely because Europe has lost all faith in the strategic coherence of the Trump administration. Most European policy makers believe the Trump administration is too impulsive and divided to develop a workable Iran strategy. They see its exit from the Iran deal as an irrational and self-defeating outburst of rage, not part of a coherent regional plan. The Trump administration, for its part, thinks Europe’s position is driven more by a short-term hunger for export markets in Iran than by any workable strategy for a stable Middle East.

Despite these troubles, Europe and the U.S. still need each other. Europeans, including Germans, can sound almost Trumpian when they criticize Chinese mercantilism, which they share with the U.S. an interest in countering. The deep economic integration between Europe and the U.S. helps underwrite global prosperity. Intelligence cooperation against jihadist criminals is, if anything, more important to Europe than to the U.S. And a host of external threats, from Russian revanchism to uncontrollable refugee flows in the Middle East and Africa, continue to remind Europe of its need for friendly allies.

The problems in the relationship are likely to persist for the foreseeable future. Mr. Trump will go on being Trumpian, and Europe will go on being European. One important test of Secretary of State

in his new job will be whether he can protect essential U.S.-European cooperation from the political turbulence ahead. 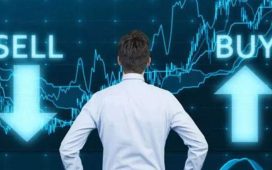 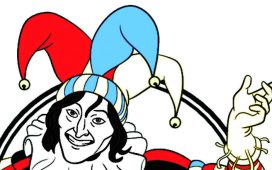 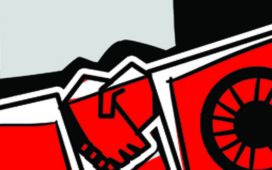 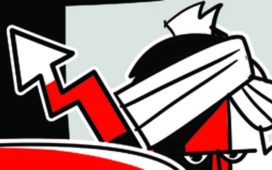