Sign up to myFT Daily Digest to be the first to know about Evergrande Real Estate Group Ltd news.

The wife of China Evergrande’s billionaire founder paid millions of dollars for wealth management products issued by a unit of the property group, according to executives attempting to mollify retail investors fearful that they could lose their investments.

Ding Yumei, the wife of Hui Ka Yan, Evergrande chair and formerly China’s richest man, paid Rmb20m ($3m) for the company’s high-yield investment products on July 8, according to a purchase document that a senior executive showed investors this week.

Hundreds of shareholders have descended on the group’s Shenzhen headquarters to demand their money back on wealth management products, in a rare display of public anger.

The demonstrations have stoked concerns about a deepening liquidity crisis at China’s most indebted developer, and the risk the company’s precarious situation poses to the wider property sector, which accounts for more than a quarter of the country’s economic activity.

Evergrande’s onshore subsidiary said it had applied for a full-day suspension in trading of its bonds in mainland China on Thursday.

An executive at Evergrande Wealth Management said the company has about 80,000 investors, half of which had put a combined Rmb40bn in to various projects that were used to bridge the funding gap for the parent group.

But investors were unimpressed by Hui’s wife’s investment as a demonstration of his commitment to the group, pointing to the fortune he has earned from a company he founded in 1996 and in which he retains a 71 per cent stake.

“This is a drop in the bucket for Hui’s wealth,” one investor at the company’s headquarters told the Financial Times. “Hui has paid himself billions of dollars in dividends and now he is trying to get his wife to make us believe that he is on the same boat with us.”

Hui has unveiled a plan that involves repaying 10 per cent of the initial money by September and full repayment in 27 months. Executives at the group said he was attempting to minimise any losses.

Multiple Evergrande employees said they were told the company had a bright future when they purchased wealth management products in May and June. But two staff at Evergrande who said they had invested more than Rmb300,000 said their boss threatened to have them arrested if they quit the company.

“We have been kept in the dark until the last moment,” one said. “Everyone is furious. We have been abandoned by the firm. All we can do is to encourage investors to protest and make this thing so big that the authorities have to step in.”

Evergrande is also trying to convince investors to accept properties at steep discounts instead of cash repayments, including 28 per cent discounts on residential apartments. 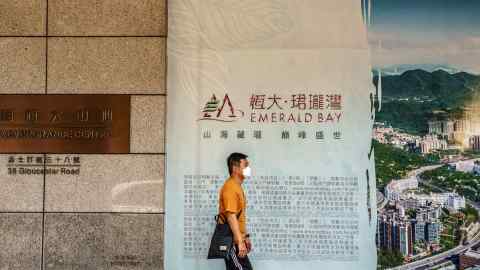 But several investors rejected the offer, which required them to buy in their home provinces and was subject to approval from local authorities, who worry about falling real estate prices. The shareholders also expressed doubts over the repayment plan, citing fears the company might collapse soon.

“Evergrande is going under and there is a slim chance it will rebound,” said a Shenzhen-based shareholder who purchased Rmb1m worth of wealth management products due this month.

None of Evergrande’s $14bn in offshore debt comes due this year, but the company faces interest payments on dollar-denominated debt this month.

The developer this week disclosed that it had hired restructuring advisers, highlighting the mounting risk of default on its $89bn of debts. Two Evergrande Wealth executives confirmed that governing authorities had told banks not to expect interest payments next week.

The Evergrande executives said the company had too many funding gaps to fill, given that it had to pay suppliers to complete projects as well as repay investors.

Hui appeared in images posted on social media that showed senior executives signing guarantees that they would complete projects. The company was working on 778 developments in more than 200 cities across China as of the end of June. 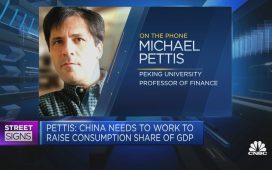 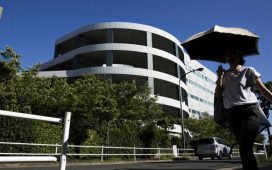 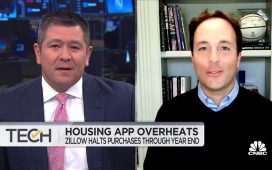 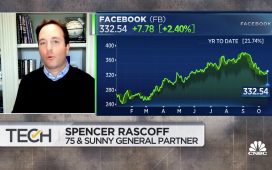 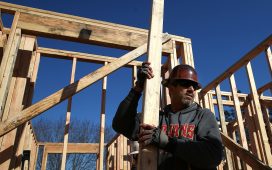 We want to buy our first home and then move abroad. Is this possible?