In an exclusive interview with Blockchain News, cryptocurrency industry leader Michael Terpin, Founder of Transform Group, Transform PR, industry event CoinAgenda, and the BitAngels investor network –  talks about where are were, where we are and where we are going to in the current frozen state of the cryptocurrency and blockchain industries caused by global pandemic Covid-19. 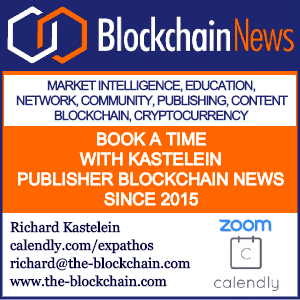 Currently, he is holed up in Puerto Rico in lockdown.

Terpin on The USA:

“It seems like even well-funded projects here are being super-cautious, and investors are mainly looking for bitcoin algorithm funds and DeFi (Decentralised Finance) to get interested.”

“But it’s going to take a lot to get the market for new token issuances back to life – ICO Bench’s latest report literally said something to the effect that after $27 billion raised, the ICO may now be effectively dead.”

“Well, it will be enough to say that the ICO & IEO market is on its last breath. Even during the last two weeks of January, less than a $1M was raised, that is totally horrifying about the market that used to raise tens of millions weekly. Thus, January has set the historically lowest bar in funds raised with its $21M and 6 projects who have raised any funds. So, there is a strong signal that the market is not rehabilitating yet and, moreover, turning almost flat. Thus to remember terrifying January, there were 105 ongoing projects where 53 were already completed and only 2 projects have raised funds during the last week. Being honest, these numbers are going in descending order as the train goes down the hill.”

“Personally, I think two or three things can bring it back (I recall similar death announcements in 2015 when it was hard to raise even $100k in a token sale when BTC was USD $250).”

“One, if after Jay Clayton leaves y (he is rumoured to be going back to private industry at the end of this term), and if Hester Peirce becomes the new commissioner, she may be able to get her Safe Harbor Act passed. This would give tokens three years to prove they are useful and/or decentralized.”

In early March, the US Security and Exchange Commission (SEC) proposed a new framework for raising money, providing more clear legislation for the legal quagmire:

“Emerging companies—from early-stage start-ups seeking seed capital to companies that are on a path to become a public reporting company—use the exempt offering rules to access critical capital needed to create jobs and scale their businesses,” said Chairman Jay Clayton.  “The complexity of the current framework is confusing for many involved in the process, particularly for those smaller companies whose limited resources spent on navigating our overly complex rules are diverted from direct investments in the companies’ growth.  These proposals are intended to create a more rational framework that better allows entrepreneurs to access capital while preserving and enhancing important investor protections, stated the press release.”

The Commission proposed revisions for certain exemptions earlier this month to the current offering and investment limits.

Regulation A and Regulation Crowdfunding Eligibility.

Integration Framework.  The current Securities Act integration framework for registered and exempt offerings consists of a mixture of rules and Commission guidance for determining whether multiple securities transactions should be considered part of the same offering.

READ  What will the blockchain investment space look like in 2020? - ITProPortal

Safe Harbor 4 – Offers and sales made in reliance on an exemption for which general solicitation is permitted would not be integrated with another offering if made subsequent to any prior terminated or completed offering.

Terpin commented on the potential for the industry if the Safe Harbor Act is passed:

“This alone would allow Americans to buy tokens, and the rest of the Western World tends to follow. My thinking is that if something isn’t a scam (same anti-fraud, bad actor, OFAC rules apply – they don’t presume most Silicon Valley cloud startups are scams just because 95 per cent fail) – and coming off a historic jobless claims report (3.3 million people filed for unemployment last week, exponentially higher than the peak of the 2009-09 “great recession”), I’d think the government would like to see its own citizens who are sitting on zero-interest cash be free to spend it in what they feel are high-risk/high-reward investments.”

Terpin stated that what might be more significant than the three-year Safe Harbor Act:

“…is the proposed – and likely to pass – SEC expansion of Reg CF from $1m to $5m. This lets anyone invest in a startup – not much, but you don’t have to be accredited – it used to be the lesser of 5 per cent of your annual income or 5 per cent of your net worth; now it will be the greater of the two so that someone who has a trust fund of just under $1 mm (if it’s over, you’re accredited) can pump $40k a year or so into a diversified portfolio of angel investments.”

“Most significant will be the eventual return of bitcoin prices to new a new All Time High (ATH) in 2021-22… if it doesn’t, then the stock-to-flow dynamics are broken.”

“When BTC and especially ETH go up, new projects tend to get funded by people to hold those tokens – they’re the early contributors who build the blockchains and then you’ll see a new crop of funds pop up. Right now ALL funds seem to be algorithmic trading funds, but if you get another 100x token in the next five years, we are back. If not, then we are left with things like NFTs, which is fine but not as compelling – although NFTs can be built on new blockchains too. It’s all about what the millennials and Gen z’s consider to be the new killer app they’re willing to buy.”

Terpin remains quarantined in his home in Puerto Rico, which was the first part of the US to enforce a curfew and stay at home order, even before San Francisco. He is a frequent flyer to his offices in NYC, SF, Las Vegas and LA – and now all of them are under stay-at-home orders as well.

“We are ramping up virtual meetings, including BitAngels, and experimenting with virtual press events at the PR firm as well,” said Terpin, “but human contact is irreplaceable; it’s what builds trust over time.”

Michael Terpin is the CEO of Transform Group, whose divisions include Transform PR, a global public relations firm whose 200 clients have included Augur, Bancor, Dent, Ethereum, Neo and OKEx; CoinAgenda, a global event series for cryptocurrency investors, and Transform Strategies. Transform Group is based in San Juan, PR, with offices in Santa Monica, Las Vegas, Silicon Valley, NYC, and Toronto. Transform Group also owns a blockchain incubator/accelerator in Hamilton, Bermuda. Terpin also co-founded BitAngels, the world’s first angel network for digital currency startups, in May 2013. Previously, Terpin founded Marketwired, one of the world’s largest company newswires, now a division of Apollo Global Management (NYSE: APO). Terpin holds an MFA from SUNY at Buffalo and a dual BA in journalism and English from Syracuse University, where he serves on the board of advisors at the Newhouse School. Terpin is also an active investor and advisor. 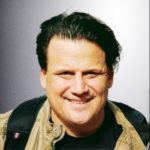 aab token – All news and posts by – Crowdfund Insider

Bloomberg Gave Fired Staffers ‘Token’ Of ‘Appreciation.’ They’re Allegedly Getting Taxed For It. – The Daily Wire