The dust has barely settled following the Lionesses’ historic Euro 2022 win over Germany.

But mopey scientists are already warning the match was likely a Covid super-spreader event that could trigger another boom in cases.

A further 15million roared on the Lionesses from pubs and homes in a show of unity after two miserable years of the pandemic.

But Scottish immunologist Professor Denis Kinane warns the event is ‘likely to trigger a surge of cases’ because of the increased mixing.

‘We should expect to see a rise in reinfections and first-time infections. The ending of free tests means people are far less likely to be diagnosed… so they could mix with others while unknowingly carrying Covid.’

He called for face masks to be mandatory at future games and other large scale events.

Dr Helen Allott, an obstetrician from the Liverpool School of Tropical Medicine, tweeted: ‘Dare I say it but 87,000 people crammed into Wembley stadium all shouting and singing is likely to be a super-spreader event for Covid.’

Other scientists told MailOnline ‘we’re past the point of’ worrying about super-spreader events because the population has such  high levels of immunity.

Just 3,400 Covid cases were linked back to the men’s Euro final against Italy at Wembley last year, which had an attendance of 67,000. 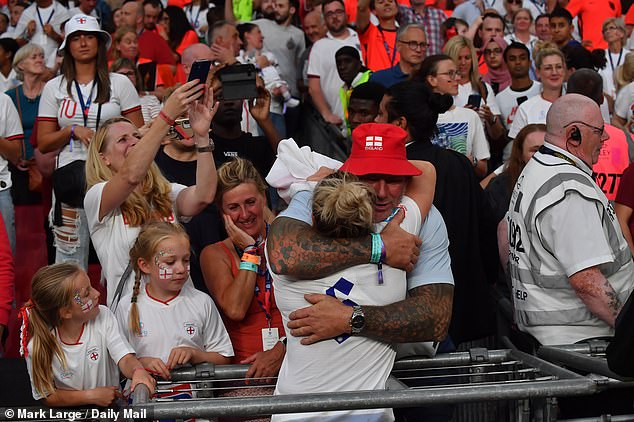 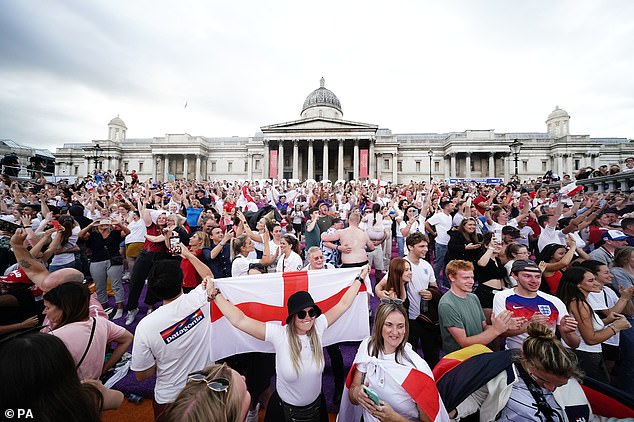 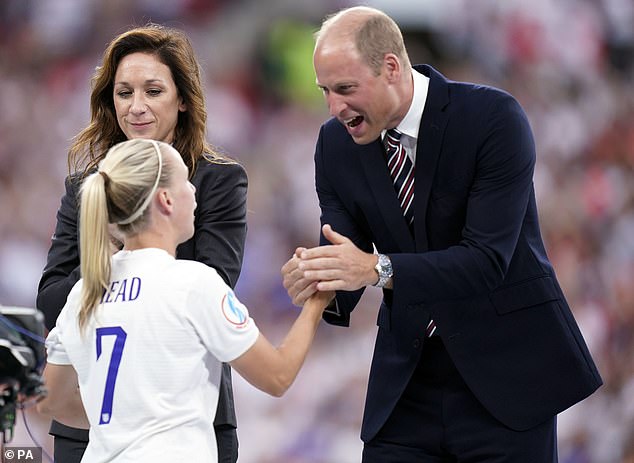 There is some evidence Glastonbury festival and the Queen’s Jubilee celebrations fuelled last month’s spike in infections.

Some 3.1million people were estimated to have been infected with the virus at the start of July, but figures show cases were already falling by the middle of the month.

Covid hospital admissions have also been falling for weeks and deaths are running at a fraction of the levels of previous waves.

But Professor Kinane, founding scientist at Cignpost Diagnostics, said: ‘Despite what many think, Covid is still a dangerous and highly infectious disease.

‘It is worth remembering that having a vaccination or a booster does not prevent you from getting Covid, but it does protect most people from hospitalisation. 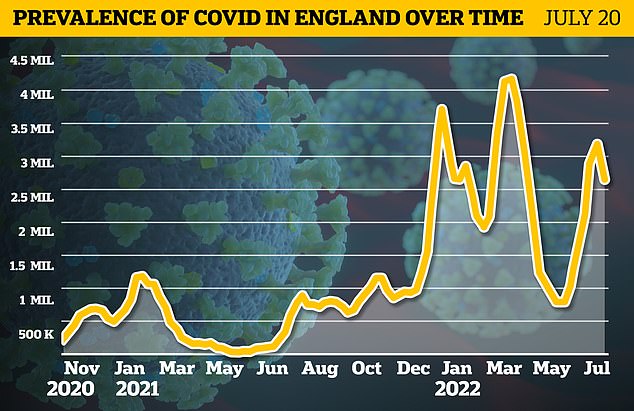 The summer wave of Covid infections peaked in mid-July, latest data shows. An estimated 2.6million people had the virus on any given day in England in the seven days to July 20, according to the Office for National Statistics, down 16 per cent on the previous week 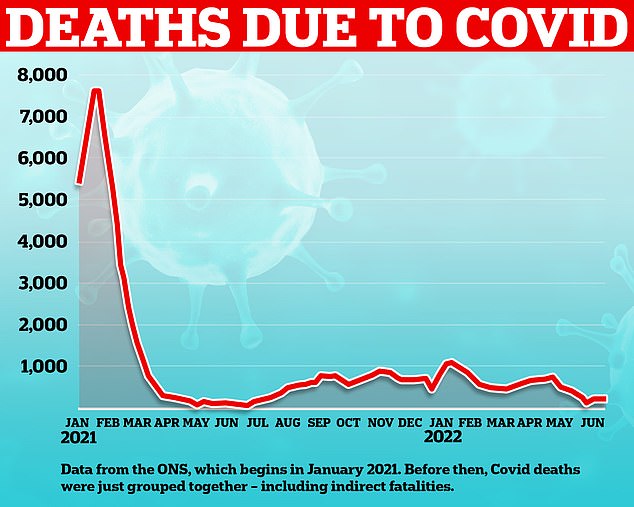 This graph shows the number of deaths directly due to Covid recorded in England and Wales. The number of deaths being recorded these nations currently is far below that of previous waves earlier year and a sheer fraction of those seen at the start of 2021 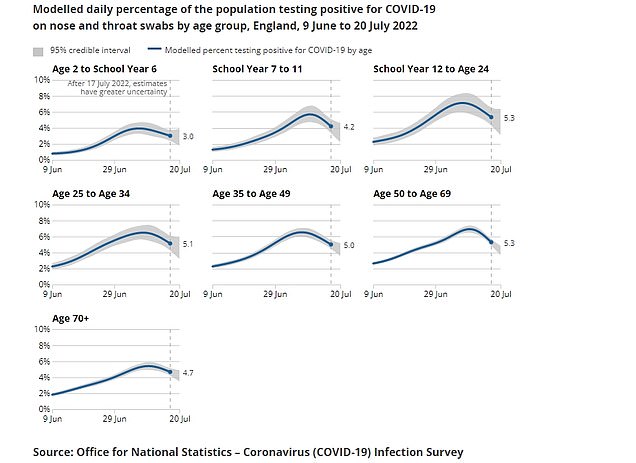 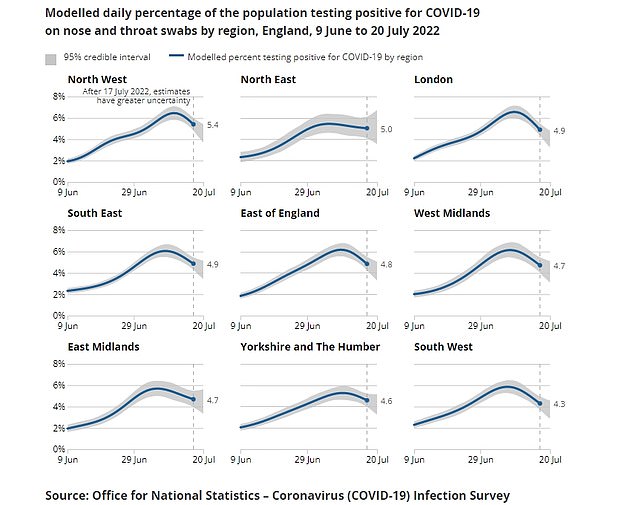 Cases were falling in every age group in England by mid-July and every region except the North East, where the trend was uncertain

Omi-gone: Summer Covid wave appears to be over already

An estimated 2.6million people (one in 20) had the virus on any given day in England in the seven days to July 20, according to the Office for National Statistics, down 16 per cent on the previous week.

It marked the first time infections have dipped since the fifth wave took off at the start of June, fuelled by the new, highly transmissible Omicron subvariants BA.4 and BA.5.

The rapid rise in weekly cases, which peaked at 3.1million in mid-July, prompted calls among some scientists and health bosses for light-touch restrictions to return again, including face masks, free testing and outdoor mixing.

It culminated in a health minister admitting measures could be re-imposed if Covid threatened the NHS’ ability to clear its backlogs.

Sarah Crofts, head of analytical outputs for the Covid Infection Survey, said: ‘Our most recent data suggest that we may now be over the peak of the latest wave of infections across the UK, although rates still remain among the highest seen during the course of the pandemic.

‘We have seen welcome decreases among most parts of the UK and in all age groups. With summer holidays starting and more people travelling, we will continue to closely monitor the data.’

‘Festivals and major events are believed to be contributing factors to a surge in Covid infection numbers.

‘The women’s European final is also therefore likely to trigger a surge of cases, given over 87,000 football fans attended.’

He added: ‘No one wants to see a return of lockdowns and restrictions.

‘But…we need to take reasonable precautions – using face masks in enclosed spaces such as mass events, getting tested if you think you may be infected, and being extra careful if you are in regular contact with the vulnerable.’

Among the famous spectators at Wembley on Saturday were Prince William, Harry Kane and Prime Minister hopeful Liz Truss.

Meanwhile, as many as 15million more were watching around the UK on television – another record for women’s football – including Boris Johnson and his children Wilf, two, and seven-month-old Romy.

Professor Paul Hunter, an infectious disease expert at the University of East Anglia, said we should not worry about super-spreader events anymore.

He told MailOnline: ‘They are a thing we worry about when we’ve got very low immunity levels — which we have not.

‘It’s plausible it [the final] might slow the decline in cases, and maybe even reverse it for a short while, but in the grand scheme of things, it isn’t going to be dramatic.

‘What we’re seeing is peaks in hospital rates and deaths due to Covid are getting smaller with each wave.’

Professor Hunter said he was ‘totally’ against bringing masks or other light-touch measures back to large scale events.

But he added: ‘My one caveat is that if you are a highly-vulnerable person, who has not already had Covid in recent months and got over it, then you should still be quite cautious.’

Britain’s original super-spreader event Cheltenham festival in March 2020, which attracted around 150,000 racegoers to the Gloucestershire town.

Although 250,000 tickets were sold, about 100,000 fewer people attended due to the uncertainties of Covid, with many going for multiple days.

It took place just days before the Government banned mass gatherings and was blamed for accelerating the first wave of the pandemic.

In the same week, a Champions League match between Liverpool and Atletico Madrid in Merseyside was attended by more than 52,000 people, including 3,000 Madrid fans.

When the match took place, the city had just six confirmed cases of coronavirus – but a month later it had more than 1,000 cases and hundreds of deaths.

More than 9,000 cases were directly traced to last year’s men’s football European championships, with hundreds of thousands thought to have been indirectly linked.

England lost to Italy on penalties after a nail-biting 1-1 draw at Wembley, extending the country’s 50-plus-year wait for silverware.

But the women’s team put all that to bed on Saturday when they beat Germany 2-1 in extra time – the first time an English national team has picked up a major trophy since 1966.

Experts expect the victory to be a game changer in terms of raising the profile of women’s football. 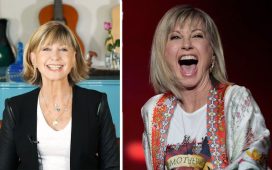 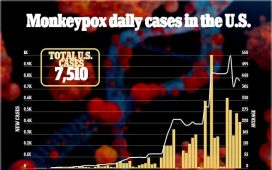 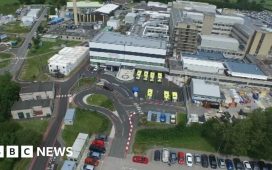 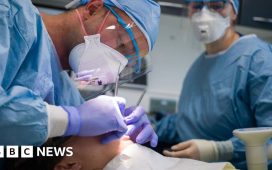 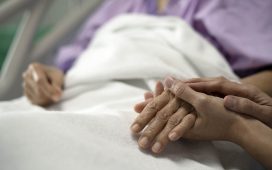