Expats in Asia: The Five Cities in the Far East Best Suited to Westerners

With growing economies, excellent healthcare and enviable lifestyle benefits, quality of life in South-East Asia is among the best in the world. Here, we explore five cities in the region and provide some basic insight into their efficient transport systems, vibrant cultures and ample other qualities that are attractive to expats.

Off the back of the astounding and successful 2021 Olympic games, Tokyo has solidified its place as one of the most envious places to live in the world. Compared to other global cities, expats tend to find it easier to live in Tokyo without speaking the local language. This is due, in some part, to the large expat community to fall back on, with 70% of them in Japan being based in the urban areas of the city.

There are countless other positives you could talk about with Tokyo, whether it be the magnificent architecture, technological advancement in everyday life, or the world-famous manga and anime culture. But it’s worth giving a special mention to the incredibly efficient transport system. Trains are so rarely late that if a train is five minutes late or more, its passengers are issued with a certificate to prove to their school or work that the train was late (because they wouldn’t believe them otherwise).

With a thriving culture, astounding cleanliness and one of the wealthiest countries in terms of GDP per capita makes Singapore an incredible place for Westerners to settle. This city represents a masterpiece of human innovation and experience. For the business minds, The Garden City is a mecca. As CS Global Partners, facilitators of a high-class Singaporean residency programme, explain: “Singapore remains one of the world’s strongest economies and is a global hub for business and innovation. It is also one of the world’s most connected countries, strategically located along the world’s major trade, shipping, and aviation routes.”

What’s more, Singapore has an excellent standard of living with top-level infrastructure, public services, and one of the most harmonious multicultural communities in the world. As a bonus, Singapore has one of the world’s lowest crime rates. With its state-of-the-art technology mixed with a dynamic and exciting culture, Westerners will struggle to locate a better-suited city in the region.

With its large banks, low tax rates and budding business culture, Hong Kong is a haven for the modern entrepreneur. The Fragrant Harbour offers all the positives of big city life and the good weather allows one to enjoy the region’s beaches, greenery and culture.

Despite a long-running real estate bubble making it among the most expensive places to live in the world, Hong Kong expatriates tend to have a very strong earning potential. A 2015 expat survey by HSBC found 63% saying earning prospects are better, with the average expat earning around $70,000 more than the global average. As a result, most end up saving more of their income.

What’s more, this city is an ideal base for any further Asia travels. You’re a three-to-five-hour flight away from Seoul, Tokyo, Osaka, Taipei, Bangkok, Singapore, Saigon, Kuala Lumpur, and many other regional destinations.

Inhabiting 22 million people (half South Korea’s population), Seoul is more than a capital city. It is a driving force with an overwhelming presence that dominates life in South Korea. Expats may venture into the mountains to the North of the city in order to explore the countryside — and breathe some fresh air — but there are few towns or cities outside the capital that offer business interest to expats.

Despite the presence of major global brands such as Samsung and Hyundai, Seoul does not have the same foreign talent tradition as more established commercial hubs in the region, like Singapore. This doesn’t mean getting a job with one of the industry giants is impossible — it’s certainly not. But if you do, it helps more than other cities in this list if you can speak the language (Korean). That being said, there is high demand for English teachers, which makes getting a job doing this relatively easy for expats who just want to experience living in the amazing city.

Big, bustling and fast-paced. These are some of the characteristics that define Thailand’s famous capital, even if it is a Buddhist nation. Renowned for its temples that make a scenic contrast to high-rise skyscrapers, Bangkok is also a draw for thousands of expatriates who prefer its affordable cost of living, stable economy, and the ease of doing business. There’s also the vibrant culture and warmth of Thai people: a coveted, nomadic lifestyle that mixes well with the magic of a hectic city.

In the 2020 Expat City Ranking survey, one American said that expat life in Bangkok is “less stressful than living in the USA, with about one-third fewer costs for a good quality of life” and 88% found accommodation easy to deal with. This ability to live cheaply means you can make your budget stretch. You can explore more, eat more and do more. 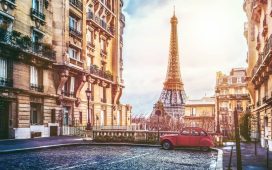 How to Take a Walking Tour of Paris 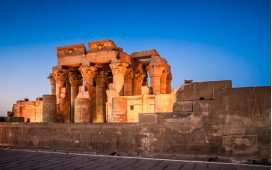 Egypt: An Ideal Destination for Vacation 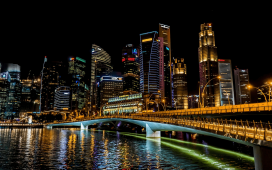 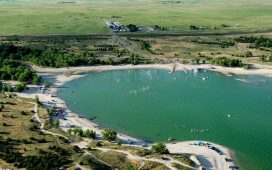 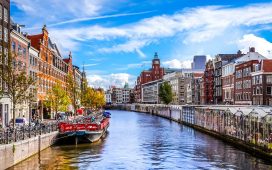 Doing Business in the Netherlands