Extradition request for Russian suspects has zero chance of success


Russia is likely to brusquely reject any request by the UK for the extradition of two Russian nationals who police appear to have identified in connection with the deadly nerve agent attack in Salisbury.

Past form suggests the Kremlin will refuse point-blank to cooperate in the latest legal standoff between Moscow and London. It has legal cover for such a decision: Russia’s constitution forbids the extradition of its citizens.

In 2007, Britain sought the extradition of Andrei Lugovoi, who it accused of murdering the dissident Alexander Litvinenko. The response from the Russian president could scarcely have been more dismissive. The British, Vladimir Putin said, were “arrogant” and suffered from what he called a “no brains” colonial mentality.

For almost a decade, the Crown Prosecution Service tried to put on trial Lugovoi and Dmitry Kovtun, the men police believed put radioactive polonium in Litvinenko’s tea. It failed. The Kremlin gave a nose-thumbing nyet (no). Meanwhile, Lugovoi became a politician. He even got a state honour – a sign of official favour.

So the revelation that Britain is close to demanding the extradition of two Russians in connection with the Salisbury attack is deja vu. The prospect of Putin acquiescing this time is zero. Instead, the UK can expect further vitriol and heated counter-accusation, delivered by Moscow via its envoys and social media.

Mutual legal assistance has long been a vexatious topic in UK-Russia relations. The Russian government has complained about the UK’s refusal to hand over its nationals living in London who were accused of various crimes. Top of the list was Boris Berezovsky, the late oligarch who fell out with Putin and made no secret of his desire to bring him down.

In 2003, a court rejected Moscow’s extradition request for Berezovsky on the grounds that he was unlikely to get a fair trial and was being persecuted for his political views. The decision enraged Putin. It led to his falling out with Tony Blair and a long estrangement with Britain that continues to this day.

In the Russian system, judges are susceptible to high-level interference by senior officials, a phenomenon known as “telephone justice”. Putin believed Blair might have similarly tried to influence a British court but failed. By 2007, Russia had lodged 21 applications for the extradition of Russian citizens from the UK, all of them unsuccessful.

The most prominent figure still alive and on the Kremlin’s extradition wish list is Akhmed Zakayev, a Chechen independence leader who fought against Moscow in the 1990s. Zakayev lives with his family in Muswell Hill, north London, and was neighbours with Alexander Litvinenko. Zakayev has close police protection.

The dilemma for the British government is this: why bother making an international legal request with no prospect of success? It appears the police inquiry into the Salisbury nerve agent attack has made progress. Detectives have seemingly identified the two individuals they believe flew in and out of Moscow to carry out the hit on Sergei Skripal.

If, as expected, the suspects remain closely guarded in Russia, ministers may consider alternatives to trial. The most obvious would be a public inquiry similar to the one convened in 2015 and led by Sir Robert Owen, a retired high court judge. This took place eight and a half years after Litvinenko’s murder.

The delay was caused in part by the government’s reluctance to provoke a further crisis with Russia. The then home secretary, Theresa May, initially refused a request by Marina Litvinenko to hold an inquiry on the grounds that it might damage relations. She gave in after a judicial review and Russia’s war in Ukraine.

This time, a public inquiry into the Salisbury attack might happen more quickly. The Litvinenko hearings in the Royal Courts of Justice offered up overwhelming evidence of a Russian state plot, carried out by bungling killers who took three attempts to poison their victim. It concluded that Putin “probably approved” the operation.

An inquiry would give the government an opportunity to rebut criticism that it is hiding evidence from the public. It would likely feature testimony from Sergei and Yulia Skripal about their movements on the day of the attack, plus voluminous police and CCTV evidence.

There would also be further scientific detail on novichok, and an account of how the suspects travelled from Moscow to Wiltshire, and arrived at Skripal’s Salisbury home, where they smeared it on his front door handle. None of this would stop Kremlin trolls. But it might go some way to reassuring the public and Britain’s allies abroad.

The question for the Kremlin is what to do if and when the suspects’ names are leaked. Lugovoi became a celebrity at home after he was accused of Litvinenko’s murder, and appears frequently on state TV and the Kremlin-controlled Channel One. He may soon have new partners on his studio sofa. 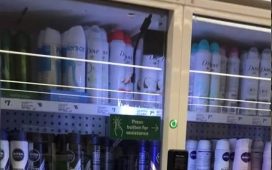