Where the method was recorded, more than half – 55% – took place on a Facebook-owned app.

The figures come from freedom of information requests lodged by child protection charity the NSPCC.

It is calling for the government to introduce stronger protections, warning that the rate of offences is rising.

Just under a quarter of recorded offences – 23% – took place in the six months to October last year, the most recent period for which data is available.

The data covers the first 30 months since the introduction of a law that made sexual communication with a child an explicit offence.

In that time, police in the two nations recorded 10,119 offences. But police only recorded the platform used in 5,784 of those cases.

Instagram was the most common method among the Facebook-owned app, with 1,630 recorded offences – 16% of the total.

Number of offences by platform

Of 5,784 reports where the method of communication was recorded by police

The NSPCC has previously warned that Facebook’s shift to tightly encrypted messaging would aid offenders, and shareholders recently tried to block its plans for encryption on that basis.

A Facebook spokesperson said: “There is no place for grooming or child exploitation on our platforms, and we use technology to proactively find and quickly remove it.

“We have a content and security team of over 35,000 people investigating reports from our community and working to keep our platforms safe. Our teams also work closely with child protection experts and law enforcement, reporting content directly to specialists.”

Another 1,060 offences (18%) were recorded as taking place on Snapchat, owned by Snap Inc. It also said the exploitation of young people is absolutely unacceptable, and that eliminating such abuse was a priority for the company.

The rest of the cases were made up of small numbers of cases across dozens of other platforms such as text messaging, online gaming, or websites.

Because the data begins in early 2017 and runs to October 2019, it may not account for the most recent trends in platforms that young people use.

The NSPCC says its information demonstrates the need for new regulation, and warned that the coronavirus lockdown had created “a perfect storm for abusers”.

It is calling for the government to push ahead with the proposed Online Harms Bill within 18 months.

NSPCC chief executive Peter Wanless said: “Child abuse is an inconvenient truth for tech bosses who have failed to make their sites safe and enabled offenders to use them as a playground in which to groom our kids.

“Now is the time to get regulation done and create a watchdog with the teeth to hold tech directors criminally accountable if their platforms allow children to come to serious but avoidable harm.” 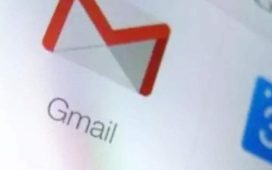 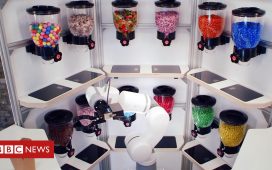 The robots that can cook and serve your food

The robots that can cook and serve your food