Facebook employees are staging a rare protest against the company for leaving up a post from President Donald Trump they say could incite violence. The employees, who began publicly criticizing the social network on Twitter over the weekend, have escalated their disapproval by staging a virtual walkout and symbolically changing their workplace profile pictures.

The social media giant has faced criticism before from its employees about the company’s mostly hands-off approach to political content. The internal disapproval, however, has reached a new boiling point because Facebook’s inaction contrasts with rival Twitter‘s response to Trump’s posts.

After labeling two of Trump’s tweets about mail-in ballots for “potentially misleading information,” Twitter placed another notice over the president’s tweet for violating its rules against glorifying violence. In the tweet, which was also posted by the White House’s account, Trump said “when the looting starts, the shooting starts.” The president made the remarks in response to news about protests that have erupted following the death of George Floyd, a black man in Minnesota who died after a white police officer pinned his neck down with his knee. The incident was recorded on video and Floyd says in the footage that he couldn’t breathe, sparking protests across the nation. The police officer, Derek Chauvin, was charged with third-degree murder and second-degree manslaughter in Floyd’s death.

Facebook left up Trump’s post after the company determined that the president’s remarks didn’t violate its rules against potentially causing “imminent risk of specific harms or dangers,” a decision that conflicts with Twitter’s interpretation of the remarks. Facebook allows for discussion around the state use of force. The world’s largest social network also doesn’t have a notice like Twitter that allows a politician’s post to stay up even if it violates its rules.

The decision prompted hundreds of Facebook employees to stage a “virtual walkout” on Monday by taking the day off and requesting time off to support protesters. Employees also added an automated message to their emails saying that they were out of the office to show that they disagreed with the company’s position on Trump’s posts, according to a report from The New York Times. Some employees have threatened to resign while others took to Twitter to criticize Facebook’s decision, an unusual public rebuke of their own company.

Katie Zhu, a product manager at Facebook-owned Instagram, shared a screenshot of her time off request on Twitter. In the description of the request, she added #BLACKLIVESMATTER.

Facebook Messenger product designer Trevor Phillippi used #TakeAction in his critical tweet about his employer. Social media users speaking out against Facebook were using an image of a closed fist.

“Censoring information that might help people see the complete picture *is* wrong. But giving a platform to incite violence and spread disinformation is unacceptable, regardless who you are or if it’s newsworthy. I disagree with Mark’s position and will work to make change happen,” said Andrew Crow, who heads design for Facebook’s video chat device Portal, referring to Zuckerberg.

Crow wasn’t the only Facebook employee to publicly speak out against the Facebook CEO. Ryan Freitas, director of product design for Facebook’s news feed, said Zuckerberg “is wrong” and he “will endeavor in the loudest possible way to change his mind.”

Some employees said that they weren’t sure what actions Facebook should take, but doing nothing wasn’t acceptable.

In an effort to underscore their discontent, Facebook employees reportedly changed their internal profile pictures on a workplace version of the social network to the Twitter logo, sources told Kate Klonick, an assistant professor at St. John’s University School of Law.

The company’s security team was reportedly telling employees not to wear Facebook-branded clothing at protests to avoid “unwanted attention.”

Facebook said in a statement that it will not require employees who are protesting the company’s approach to Trump’s posts to user their paid time off. “We recognize the pain many of our people are feeling right now, especially our Black community. We encourage employees to speak openly when they disagree with leadership. As we face additional difficult decisions around content ahead, we’ll continue seeking their honest feedback,” the company said in a statement.

Other companies joined Facebook workers who were protesting. Oren Frank, CEO of online therapy company Talkspace, said in a tweet that he ended a partnership discussion with Facebook because the company “will not support a platform that incites violence, racism, and lies.”

The internal revolt against Facebook is unprecedented even though the company has a long history of being criticized for what content it leaves up or pulls down. Liberals and even its own employees have been trying to get the company to change its approach to political content in both ads and regular posts. Conservatives have complained the company censors right-wing speech.

Trump wasn’t happy with Twitter’s response and signed an executive order on Thursday in an attempt to curtail the legal protections social media networks get under a federal law for posts created by its users. Social networks have denied it censors conservative speech.

Late Friday, Zuckerberg defended the company’s decision to keep the president’s post up.

“Although the post had a troubling historical reference, we decided to leave it up because the National Guard references meant we read it as a warning about state action, and we think people need to know if the government is planning to deploy force,” Zuckerberg said in a post. He added that the president clarified in a later post that he discourages violence.

Zuckerberg had a phone call with Trump and “expressed concerns about the tone and the rhetoric,” a source familiar with the call told Axios. The White House didn’t respond to a request for comment.

“Zuckerberg is going to be under greater pressure this time than he’s been in the past,” said Tim Bajarin, president of the research firm Creative Strategies. “How he reacts to it to me in my mind will determine his real character.”

Zuckerberg has stood by his stance on political speech despite mounting criticism so Bajarin said he would be surprised if Facebook changes its policies. It’s too early to tell if Facebook workers will really leave their jobs in protest because it impacts “their livelihood.”

Silicon Valley tech companies have a workplace culture where they encourage their employees to speak up. “We’re seeing a clashing of that spirit with what happens when folks at the top make decisions that the rest don’t agree with,” said Irina Raicu, director of the Internet Ethics Program at the Markulla Center for Applied Ethics at Santa Clara University.

Increasingly, employees at big tech companies have protested their organizations’ handling of sexual harassment, defense contracting and climate change in public. Google has been a particular hotspot of employee unrest. A year and a half ago, 20,000 Googlers around the world walked out of their offices to protest alleged sexual assault and harassment at the search giant. Googlers have also spoken up about the company’s relationship with the military and an effort to build a censored search engine for China.

While Facebook is no stranger to public criticism, Zuckerberg might be more willing to listen to his own employees, Raicu said.

Facebook typically doesn’t send political posts or ads to its third-party fact checkers. But the company has taken action against an ad from the Trump reelection campaign in the past. In 2018, Trump’s campaign posted a controversial immigration ad that Facebook removed for violating its rules against “sensational content.” The 30-second ad features Luis Bracamontes, an undocumented immigrant who was convicted of killing two California sheriff’s deputies in 2014. It falsely attempts to connect Bracamontes’ crimes to the migrant caravan making its way from Mexico to the US border. The video was allowed on Facebook even though the ad was pulled.

Facebook has a higher bar when a post comes from a politician because the company considers it direct political speech. In March, Facebook labeled a viral clip of Democratic presidential candidate and former Vice President Joe Biden that made it appear as if the politician was endorsing Trump even though he had not. Facebook flagged the post as “partly false information” after it was fact-checked. The video was also shared by Trump on Facebook and the warning notice appeared on his post. Even though the video was shared by Trump, it’s not considered direct speech because it’s a clip from someone else. Twitter added a “manipulated media” label to the same clip.

To tackle some of its toughest content moderation decisions, Facebook is also creating a new oversight board. The board, though, won’t begin operations until later this year.

Facebook has more than 48,200 workers worldwide and most are working from home because of the coronavirus pandemic. On Monday, the social network said it was donating $10 million to groups working on racial justice. Former Facebook employee Mark Luckie has criticized the company for not only failing its black employees but black users, as well for mistakenly flagging their posts as hate speech.

“Facebook loves throwing money at causes in hopes that people will forget about the company’s misdeeds,” Luckie said in a tweet on Monday.

Advocacy group Color of Change said in an email that the donation from Facebook is small and the company isn’t changing its rules or behavior so the financial gesture is “without meaning to the ultimate goal of protecting black lives.” 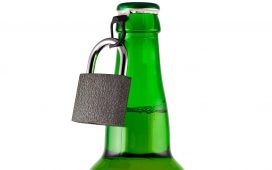 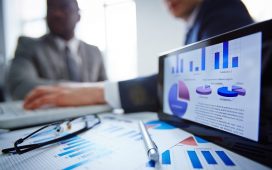 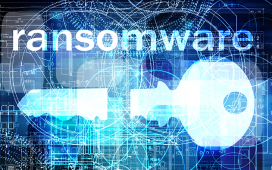 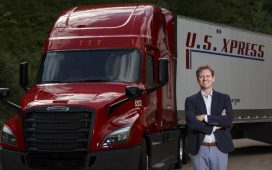