Facebook has halted plans to put adverts into WhatsApp after prompting a huge backlash.

It has reportedly disbanded the team working to ‘integrate’ ads in the app, meaning users are safe from unwanted commercial messages – for now.

The world’s most popular messaging service has more than 1.5 billion users but has so far avoided monetising this loyal userbase by showing them commercials.

Facebook, owners of the app, stands to rake in vast sums of cash by allowing companies to market their products on WhatsApp.

But when WhatsApp announced the new feature last year, some users threatened to delete their accounts.

The ‘Status Ads’ were supposed launch in 2020 and would have marked a huge change for WhatsApp, which famously vowed to never introduce advertising before it was snapped by Mark Zuckerberg for $19 billion in 2014.

Now the project has been shelved, the Wall Street Journal reported.

– WhatsApp for Businesses to get richer messaging format options

After finding about the ads, WhatsApp users immediately threatened to abandon their accounts.

‘Nice. I’m sure half the users will switch over to Telegram,’ one person wrote.

‘Why the heck does Facebook think this is a good idea? People use WhatsApp for professional contacts and Facebook for pleasure.

The advertising plan is rumoured to have contributed to a dramatic split between its founders and their Mark Zuckerberg.

Brian Acton and Jan Koum, two former Yahoo employees who founded the app in 2009, are now massively rich after selling their app to Facebook.

They have both left the company after Zuck and his team embarked on a business strategy which directly contradicts one of their long-standing promises about the company.

MORE: WhatsApp is about to stop working on more than one billion phones

Way back in 2012, WhatsApp vowed it would never introduce advertising on the app or gather vast amounts of data on its users.

‘Remember, when advertising is involved you the user are the product,’ it wrote in a blog post.

‘Advertising isn’t just the disruption of aesthetics, the insults to your intelligence and the interruption of your train of thought.

‘At every company that sells ads, a significant portion of their engineering team spends their day tuning data mining, writing better code to collect all your personal data, upgrading the servers that hold all the data and making sure it’s all being logged and collated and sliced and packaged and shipped out.’

‘And at the end of the day the result of it all is a slightly different advertising banner in your browser or on your mobile screen.’

MORE: WhatsApp is going to delete all your messages – here’s how to save them forever

WhatsApp added: ‘These days companies know literally everything about you, your friends, your interests, and they use it all to sell ads.

‘When we sat down to start our own thing together three years ago we wanted to make something that wasn’t just another ad clearinghouse.’

This is all about to change.

Soon the app will introduce ads which appear in the Status section, which is used to post text, photos, videos and animated GIFs that appear to friends and then disappear after 24 hours.

WhatsApp vice president Chris Daniels spoke about the plans earlier this year and said: ‘We are going to be putting ads in “Status”.

“That is going to be primary monetisation mode for the company as well as an opportunity for businesses to reach people on WhatsApp.’

Founder Brian Acton has previously said he does not agree with the way Facebook works.

In an interview with Forbes earlier this year, he said: ‘Targeted advertising is what makes me unhappy.’

He said Facebook ‘represents a set of business practices, principles and ethics, and policies that I don’t necessarily agree with’.

‘At the end of the day, I sold my company,’ he went on. ‘I sold my users’ privacy to a larger benefit.’ 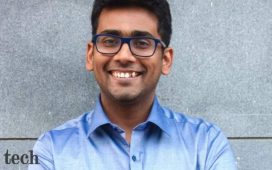 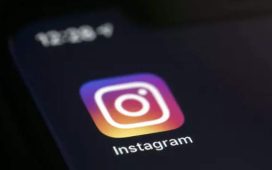 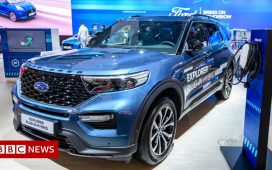