Facebook staff in ‘virtual walkout’ over Zuckerberg’s stance on Trump


A number of senior Facebook staff have staged a ‘virtual walkout’ in protest over the way Mark Zuckerberg has handled Donald Trump’s inflammatory language.

Zuckerberg appeared to back Trump when the President criticised Twitter over for censoring his statements over the recent death of George Floyd.

Now, in a rare show of dissent, Facebook staff have called out their CEO publicly for not standing up to the President.

‘Mark is wrong, and I will endeavour in the loudest possible way to change his mind,’ wrote Ryan Freitas, director of product design for Facebook’s News Feed, on Twitter.

Jason Toff, a director of product management, wrote: ‘I work at Facebook and I am not proud of how we’re showing up. The majority of coworkers I’ve spoken to feel the same way. We are making our voice heard.’

David Gillis, a director of product design, said that Facebook’s rival Twitter made the right call: ‘I think it would have been right for us to make a ‘spirit of the policy’ exception that took more context into account.’

Mark Zuckerberg has tried to be diplomatic about the decision to allow Trump’s statement to stand on Facebook.

He appeared on Fox News to criticise Twitter’s decision possibly as a way to try and avoid President Trump signing an executive order that would have serious consequences for Facebook.

However, he also told Facebook employees that he personally disagreed with Trump’s view on the George Floyd protests that ‘when the looting starts, the shooting starts.’

The Facebook boss posted on his account: ‘Personally, I have a visceral negative reaction to this kind of divisive and inflammatory rhetoric.’

‘I disagree strongly with how the President spoke about this, but I believe people should be able to see this for themselves, because ultimately accountability for those in positions of power can only happen when their speech is scrutinised out in the open.’

Still, the decision to allow it to go unchecked on the world’s largest social network has apparently made employees unhappy.

As many are working from home due to the coronavirus crisis, they have staged a ‘virtual’ walkout to show their dissatisfaction. Of course, it should be noted the number of Facebook staff publicly speaking out is still a fraction of the workforce.

Facebook has around 45,000 employees across the globe and billions of users. Zuckerberg still controls 57.9% of the voting rights of Facebook’s board and is still very much in control.

Still, it’s rare to hear the CEO and co-founder criticised in any capacity by his own staff.

Andrew Crow, head of design for Facebook’s Portal product, said: ‘Giving a platform to incite violence and spread disinformation is unacceptable, regardless who you are or if it’s newsworthy.’ 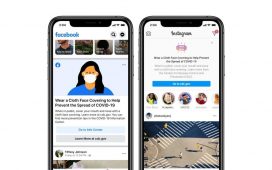 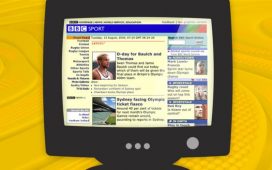 BBC Sport website at 20: How the site has changed over the past two decades 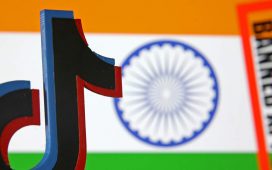 Twitter says it will add the #39;edit button#39; under one condition

'The Last of Us Part II'