There are many ways that Facebook could tackle its struggling reputation for user privacy and data protection, and opening up “Privacy Cafés” where users can check their settings and seek expert advice isn’t the first one that springs to mind. But that’s exactly what the social media giant has decided to do. “At our pop-up cafés,” explains Europe VP Steve Hatch, “you can get help and advice on how to change your privacy settings—and all in the time it takes to make a cup of coffee.”

Facebook already offers a “Privacy Checkup” by clicking on the “?” on its website. But, as with most social media platforms, users tend to stick with default settings. Those defaults may have changed over the years, with less and less content openly available, shifting from “open by default” to “private by default,” but most users could still benefit from doing more.

For Facebook, the ever-increasing focus on data privacy represents a significant challenge, given that its business model is built around the mining of user data for commercial returns. And that fundamental challenge has hit from every angle: maintaining messaging encryption, monitoring hate content online, safeguarding children, securing data.

Such has been the backlash, that CEO Mark Zuckerberg has become something of a privacy meme in recent months, finding himself the lightning rod for a succession of data scandals that engulfed the company after Cambridge Analytica came to light.

The irony is that even as regulators issue fines and the media harangues the company for data breaches and privacy lapses, the company’s huge user base shows no signs of heading for the exit. And that means the messages are mixed. That said, “‘it’s normal to worry about who can see the things you share on social media,” explains Hatch, “that’s why we have made customizing your privacy settings on Facebook quick and easy.”

The first pop-up “Facebook Café” will open inside London’s ‘Attendant’ coffee shop on August 28 and 29—followed by four others in the U.K. between August 28 and September 5. Free drinks from a “limited menu” are on offer alongside those all-important privacy check-ups.

Another irony is that this news has hit the same week as Facebook became the latest tech giant to come under fire for allowing contractors to access audio from “private” user accounts. As reported by Kate O’Flaherty for Forbes, it’s not tuning AI this time—the issue that hit Google and Amazon—it’s transcribing messages from voice to text. But, nonetheless, the response has been negative. Forget privacy check-ups, one might be forgiven for saying to Facebook’s leadership, how about not doing dumb stuff like this without extraordinary levels of transparency and user consent?

And that touches on the most serious criticism of Facebook, the allegation that its attitude to user privacy is dismissive. In short, it doesn’t take the issue seriously enough. The world has changed significantly in the last few years and Facebook has been slow to adapt. Not a happy place when the responsibility for safeguarding the privacy and integrity of billions has no precedent.

“As I think about the future of the internet,” Zuckerberg wrote in a much-quoted blogpost from March, “I believe a privacy-focused communications platform will become even more important than today’s open platforms… I believe the future of communication will increasingly shift to private, encrypted services where people can be confident what they say to each other stays secure and their messages and content won’t stick around forever. This is the future I hope we will help bring about.”

Easier said than done. According to Facebook, a recent poll suggested more than 25% of Londoners can’t change their privacy settings—so perhaps a rethink of default settings, user consent, encryption, commercial models and corporate culture might be a better use of time and resources that pop-up coffee shops.

Either way, whether this is a genuine attempt to help users and publicize a serious issue or a cynical PR stunt is up for debate. And that’s definitely something worth discussing over a free cup of coffee. 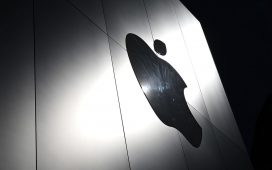 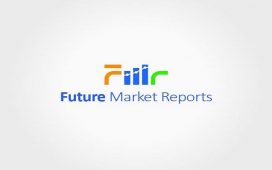