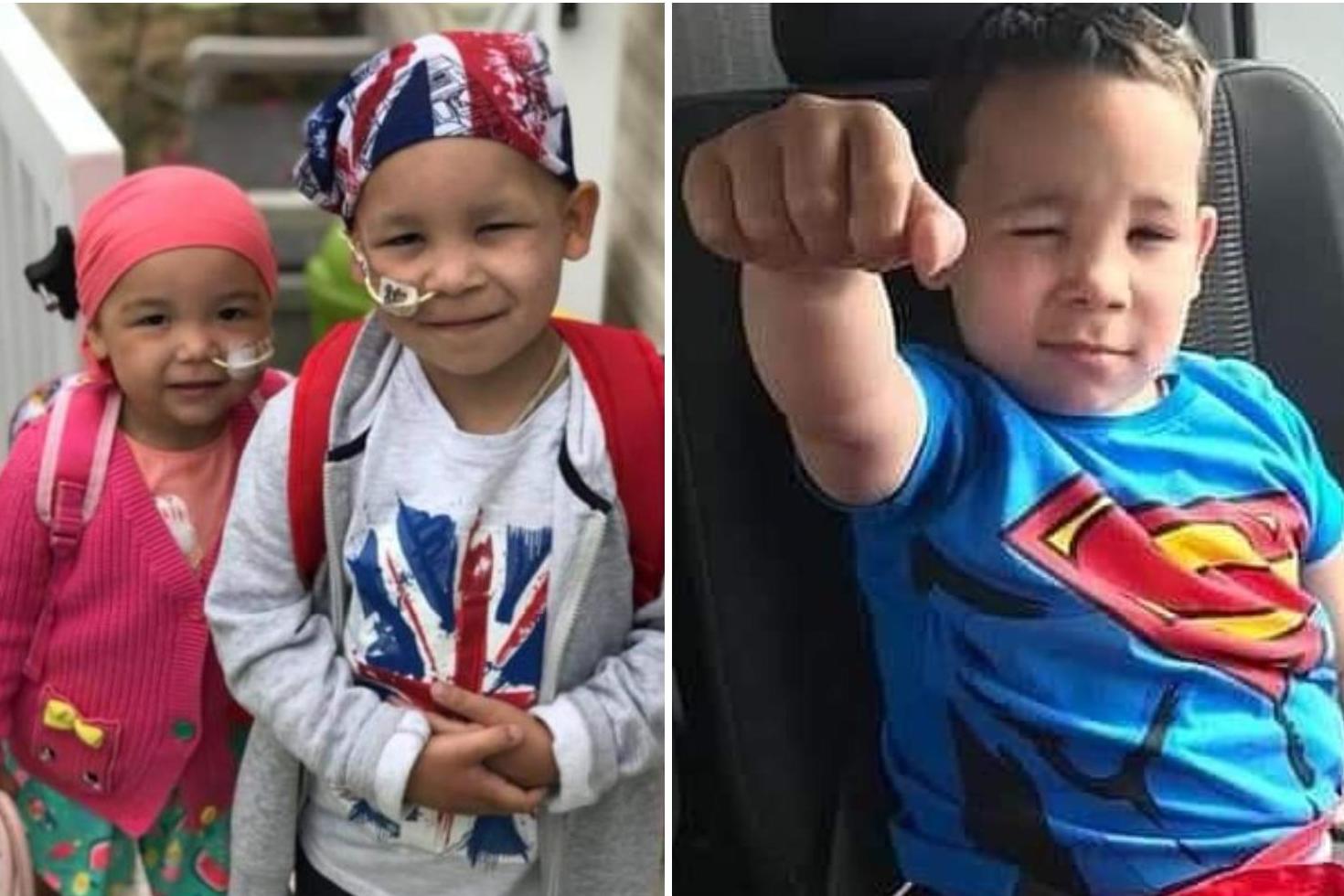 The family of a seven-year old boy diagnosed with a rare form of cancer are trying to raise £500,000 to take him to the US for treatment.

Relatives say they are in a race against time to get Denny Laurens, who has acute lymphoblatic leukaemia, onto CAR T-cell treatment that is not available on the NHS.

It is offered only by clinical trials in countries including the US, Germany, Singapore and Australia.

A fundraiser was also recently set up via the children’s charity, Tree of Hope, which has raised over £130,000.

Acute lymphoblastic leukaemia is a type of blood cancer which starts from young white blood cells called lymphocytes in the bone marrow.

According to the NHS, about 790 people are diagnosed with the condition each year.

CAR-T treatment involves reprogramming the patient’s own immune system cells which are then used to target the cancer.

A sample of the patient’s T cells are collected from the blood and genetically modified so they are much better at finding and killing cancer cells.

His family said Denny, who turned seven last month, would have been eligible for the treatment CD19 but after his cancer advanced he would now need CD22 treatment, which is not available on the NHS.

Research presented in the US by the National Cancer Institute showed the remission rate was 72.5 per cent for people who entered a trial. But there is risk of “toxicity” among patients.

Denny is receiving treatment at the Royal Marsden Hospital based in Sutton. He was diagnosed with the illness three years ago, but experienced a relapse after receiving a bone marrow transplant in January.

Both siblings went through remission but Denny experienced another relapse in October when doctors said that the cancer was back, but this time much stronger.

Denny’s aunt Michele Laurens said doctors have given the family the option of a further bone marrow transplant.

The family, from Hastings, say they have been told there is a low level of survival. The other option, they say, is to keep him on a low dose of chemo to prolong his life a little longer.

Ms Laurens said: “Denny is really protective of Marley and loves spending time with his siblings, but if he’s got a bug, he can’t go near them because of the risk of infection.

“We don’t speak to him about the future, but he did say he wants to be a policeman when he grows up.”

She added: “It’s a really tough time, but we’re all trying to stay strong. We need to make this big push because this really is his last chance.”

Ms Laurens said doctors at the Marsden will release Denny once funds are raised for treatment in the US.

The NHS said: “The NHS provides CAR-T treatment for certain types of blood cancers and where other treatment options have been unsuccessful”.

Subscribe to The Leader on Apple Podcasts, Spotify, Acast or your chosen podcast provider. New episodes every weekday from 4pm.

READ  Type 2 diabetes: Adding this green powder to your meals could lower your blood sugar

Coronavirus: On the front line in Wuhan

Byte, video app from creator of Vine, is here and it's overrun with spam...

Beyoncé diet plan 'could be dangerous'