How do you catch this particular syndrome? You contract FIS by repeatedly buying high-end fashion items in pursuit of elevated status and confidence.

Huh. It’s one of those problems that people wish they were rich enough to have. Perhaps. Except that many people find that an expensive handbag doesn’t automatically confer increased self-worth.

Of course not. You need the shoes as well. In fact, it can do the opposite.

What do you mean, the opposite? Expensive clothes and accessories, far from making you feel better about yourself, can exact a significant psychological cost.

What kind of cost? Luxury consumers often experience feelings of “inauthenticity” because the sense of privilege such items are meant to confer feels undeserved.

They feel their own clothes are sneering at them? That’s hilarious! Show some sympathy. This is a recognised condition.

No, it isn’t. It is backed up by a scientific study from Harvard University and Boston College, published in the Journal of Consumer Research.

What are some of the symptoms of FIS? Consumers can end up less confident than they would be if they had gone out wearing non-luxury clothes.

So I would do better at a job interview if I turned up in a dress made from a flour sack? I think it depends on how much you paid for it.

What if I buy posh stuff and keep it at home? Will that help? Apparently not: the study found that even expensive items used in private, such as skincare products and makeup, could bring on FIS.

Won’t it be damaging for luxury brands when shoppers find out that buying their stuff only makes them feel worse? Yes. “But boosting consumers’ feelings of ‘deservingness’ through sales tactics and marketing messages can help,” says the study’s co-author Nailya Ordabayeva.

So they will have to trick people into believing that paying lots of money for something won’t make them feel terrible, as well as poor. Only some people. Not everyone suffers from FIS.

Some folks are immune, you mean? Exactly. According to the study’s authors, the effect is mitigated “among consumers who have an inherently high sense of entitlement”.

Do say: “This is why we can’t have nice things.”

Don’t say: “What an amazing dress! You look pathetic.” 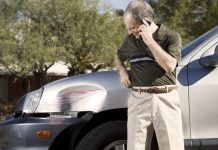 Auto insurers are offering discounts amid the pandemic. What you need to know 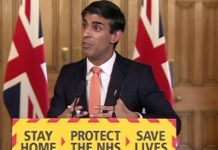 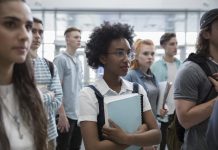 Martin Lewis reveals how man saved more than £1,100 in just one afternoon – could you? 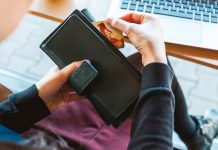 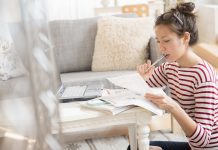 Wealth managers: why you don’t always get what you pay for