Federal Reserve officials in June emphasized the need to fight inflation even if it meant slowing an economy that already appears on the brink of a recession, according to meeting minutes released Wednesday.

Members said the July meeting likely also would see another 50- or 75-basis point move on top of a 75 basis point increase approved in June. A basis point is one one-hundredth of 1 percentage point.

“In discussing potential policy actions at upcoming meetings, participants continued to anticipate that ongoing increases in the target range for the federal funds rate would be appropriate to achieve the Committee’s objectives,” the minutes stated. “In particular, participants judged that an increase of 50 or 75 basis points would likely be appropriate at the next meeting.”

Raising benchmark borrowing rates by three-quarters of a percentage point in June was necessary to control cost-of-living increases running at their highest levels since 1981, central bankers said. They said they will continue to do so until inflation gets close to their 2% long-run goal.

“Participants concurred that the economic outlook warranted moving to a restrictive stance of policy, and they recognized the possibility that an even more restrictive stance could be appropriate if elevated inflation pressures were to persist,” the document said.

They acknowledged that the policy tightening likely would come with a price.

“Participants recognized that policy firming could slow the pace of economic growth for a time, but they saw the return of inflation to 2 percent as critical to achieving maximum employment on a sustained basis,” the meeting summary stated.

The move to hike rates by 75 basis points followed an unusual sequence in which policymakers appeared to have a last-minute change of heart after saying for weeks that a 50 basis point move was almost certain.

Officials at the June14-15 meeting remarked that they needed to make the move to assure markets and the public that they are serious about fighting inflation.

“Many participants judged that a significant risk now facing the Committee was that elevated inflation could become entrenched if the public began to question the resolve of the Committee to adjust the stance of policy as warranted,” the minutes stated.

The document added that the moves, combined with communication regarding the stance of policy, “would be essential in restoring price stability.”

However, the approach comes with the U.S. economy on shaky ground.

Gross domestic product in the first quarter fell 1.6% and is on pace to decline 2.1% in the second quarter, according to an Atlanta Fed data tracker. That would put the economy in a technical, though historically shallow, recession.

“Since the last meeting, economic conditions have weakened as financial conditions have tightened. What markets want to hear now, is what the Fed has in mind if economic data releases continue to signal a deeper more serious downturn without a commensurate easing in inflation,” said Quincy Krosby, chief equity strategist at LPL Financial.

Fed officials at the meeting expressed optimism about the longer-term path of the economy, though they did lower GDP forecasts sharply, to 1.7% in 2022 from a previous estimate of 2.8% in March.
They noted some reports of consumer sales slowing and businesses holding back on investments due to rising costs. The war in Ukraine, ongoing supply chain bottlenecks and Covid lockdowns in China also were cited as concerns.

Officials penciled in a much bigger inflation surge than before, now anticipating headline personal consumption expenditures prices to jump 5.2% this year, compared to the 4.3% previous estimate. PCE 12-month inflation was 6.3% in May.

The minutes noted that risks to the outlook were skewed lower for GDP and higher for inflation as tighter policy could slow growth. The committee prioritized fighting inflation.

Officials noted that the policy moves, which put the Fed’s benchmark funds rate in a range of 1.5%-1.75%, already have yielded results, tightening financial conditions and lowering some market-based inflation measures.

Two such measures, which compare inflation-indexed government bonds with Treasurys, have moved to their lowest levels since autumn of 2021.

The minutes noted that after a series of rate hikes, the Fed would be well-positioned to evaluate the success of the moves before deciding whether to keep going. They said “more restrictive policy” could be implemented if inflation fails to come down.

Officials indicated a series of increases that would take the funds rate to 3.4% this year, above the longer-run neutral rate of 2.5%. Futures markets are pricing in a possibility that the Fed will have to start cutting rates as soon as the summer of 2023. 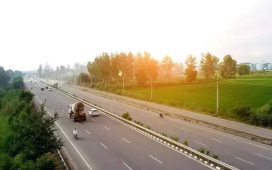 Infra assets worth over Rs 1.62 lakh cr to be monetised this fiscal: Finance ministry 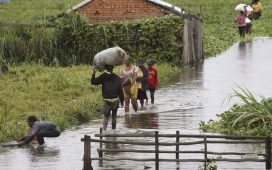