The fight against inflation intensified this week as central banks stepped up their efforts to cool rising prices, and a global recession could be the price we pay.

Investors reeled from the biggest rise in US interest rates in almost three decades, before Switzerland piled in with a shock increase in its borrowing costs, topped off by the fifth rise in a row from the Bank of England.

This flurry of rate hikes showed that central bankers are deeply worried by the threat of red-hot inflation, and prepared to plunge the world economy into a downturn to cool it.

This hawkishness sent global stock markets tumbling to their lowest point in 18 months, and on track for the biggest weekly drop since 2020 as markets entered “extreme bearish” territory.

America’s benchmark S&P 500 index fell into a bear market, 20% off its peak, hammering home that markets are in a steep, sustained downturn that could signal a recession.

“The risks of a recession are rising, while achieving a soft landing for the US economy appears increasingly challenging.”

Currency and bond markets were also rocked this week, while oil and copper prices were hit by slowdown fears.

America’s central bank dramatically hardened its resolve with a 75-basis-point hike on Wednesday, after an unexpected surge in US consumer prices showed inflation had still not peaked.

Federal Reserve chair Jerome Powell denied trying to induce a recession, but said demand had to be reduced to cool wage rises. Inflation is “very painful for people” and many are only experiencing it seriously for the first time, he told reporters.

Richard Hodges, manager of the $3.6bn (£2.9bn) Nomura Global Dynamic Bond Fund, said the Fed was orchestrating a recession as it focused solely on reducing US inflation from its 40-year high of 8.6% in May.

The Fed aims to rebalance the differential between post-pandemic, pent-up demand and Russia-Ukraine, Covid-hampered supply by reducing demand, Hodges said, who predicts higher borrowing costs will hit the US economy fast.

“In the latter part of this year, the economy will slow as the US consumer becomes increasingly squeezed by higher prices, a weak housing market and, to an extent, reduced employment certainty,” Hodges added.

Switzerland’s central bank, the Swiss National Bank (SNB), sent shockwaves through global markets on Thursday with its first interest rate rise since 2007. It triggered a surge in the Swiss franc, and volatility through the foreign exchange markets, with the SNB also vowing to hike further if needed.

“It was probably the SNB that broke the camel’s back because if the Swiss are worried about inflation, we all should be,” said Jeffrey Halley, senior market analyst at OANDA.

Compared with the drama in Washington DC and Zurich, the Bank of England’s quarter-point rate rise on Thursday looked relatively tame. But Threadneedle Street also vowed to act “forcefully” if needed, prompting many economists to predict borrowers could be hit with a half-point hike in August. That would be the biggest rise in UK interest rates since 1995.

Recession fears pushed the pound to a two-year low this week, leaving sterling down around 10% against the US dollar so far this year.

Only the Bank of Japan bucked the trend. It stuck with its ultra-accommodative stance on Friday morning – and saw the yen promptly tumble 2% back towards this week’s 24-year low against the US dollar.

A global recession is already coming, warned Robin Brooks, chief economist at the Institute of International Finance. He said the US faces a downturn in manufacturing and housing.

Despite the tumble in equities this year, shares may not yet be good value. BlackRock said it was resisting calls to “buy the dip” as valuations haven’t really improved, there’s a risk of Fed overtightening, and profit margin pressures are mounting.

“Stock are looking quite cheap on measures such as price-earnings multiples on a historic basis but the worry now is that a recession is imminent and earnings which are the denominator in P/E ratios may decline quite sharply,” agreed Mihir Kapadia, CEO of Sun Global Investments.

Memories of the eurozone crisis came flooding back this week, as the gap between Italian and safe-haven German government debt hit the highest level since 2014.

Fears that heavily indebted Italy was heading back to the “danger zone” prompted the European Central Bank (ECB) to hold an emergency meeting to find ways to cool the bond market rout.

But the ECB could struggle to keep bond spreads under control while also tightening monetary policy. It could also provoke the ire of Germany if it provided government financing to some eurozone countries without conditions.

“A greater sense of crisis will be required before policymakers act to address weaknesses within the fabric of the monetary union,” predicted Mark Dowding, CIO of BlueBay Asset Management.

Dowding says trust in central banks will be needed before markets can stabilise, along with data showing that inflation concerns have been addressed. He compared the current rate rise cycle with a trip to the dentist.

“From that point of view, it may be preferable to take the pain quickly and get the hiking cycle done, rather than drawing it out. In this way, the peak may end up being lower than otherwise may be the case,” Dowding explained.

Having boomed during the days of easy money, crypto assets may not have hit the bottom yet.

“We’re plummeting into a cold crypto winter, and we haven’t hit the freezing point yet. Rumours and fears are swirling that bitcoin will drop below $20,000 amid wider volatility in financial markets and sell-offs in other asset classes,” said Dr Lil Read, senior thematic analyst at GlobalData. 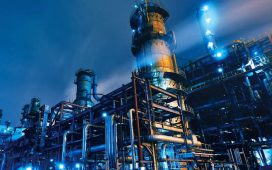