“Those people were extricated,” Herrera said. “The only reason they were stranded was because of the debris flow. They couldn’t drive out, and neither could we.”

Authorities said the mud and debris had to be cleaned from the roads so fire officials could help people leave their residences.

“Our people went out there to let people know about the mandatory evacuations, and they got stuck as well,” Herrera said.

By 5 p.m., the residents on Cobblestone Road were safely removed from the flooded area, with no injuries.

“Everything is looking better now,” Herrera said. “We had about 30 people who were stranded in the Glen Eden area as well, and we worked on extricating them.”

“There’s a lot of debris flow and mud in Lake Elsinore and surrounding unincorporated areas,” he said.

About 6:15 p.m., Herrera said that despite the mud and debris on many of the streets and some closures of Temescal Canyon Road north of Lake Elsinore and in Temescal Valley, there had been no reports of injuries or significant damage. More rain was possible late Thursday, he said.

Authorities said there’s no current estimate on when the mandatory evacuation will be lifted.

“Before we even talk about lifting an evacuation, we have to clear the roadways, Herrera said. “We’re going to be vigilant until it’s all done.” 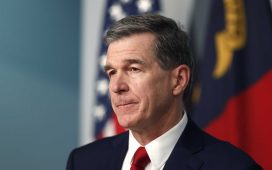 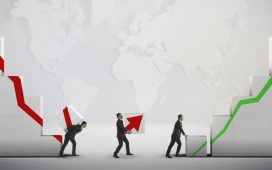