The Japanese yen hit its highest level since March against the U.S. dollar on Wednesday evening after what some traders are calling a “flash crash.” 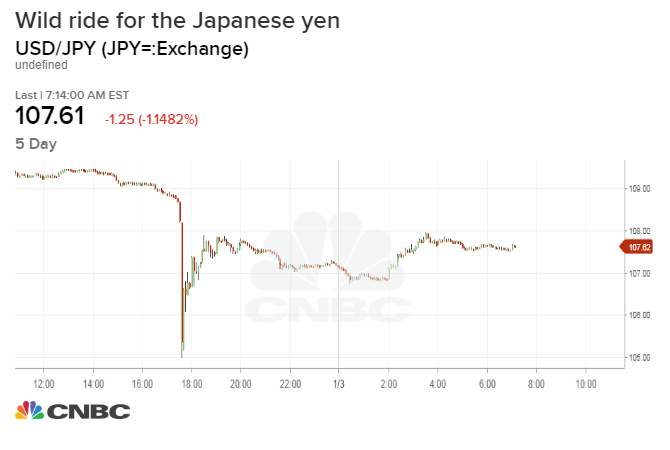 Charles Perrin, a trader at J.P. Morgan, said the jolt happened shortly after Apple slashed its first-quarter guidance. Apple, which cited an unexpected slowdown in China, plunged more than 8 percent Thursday morning, also sending global stocks plummeting and stoking fears of a global economic slowdown. The yen in sometimes viewed as a safe haven currency during times of global tumult.

“It is difficult to pinpoint the original cause,” Perrin said in a note. “Whichever the case, it felt like a perfect storm of factors that contributed, including poor liquidity with Japan on holiday and a market already poised for risk-off.”

The yen also saw volatile moves against other currencies. Against the Australian dollar, the yen rose to its highest level since 2011, reaching 71.47 on FactSet. It was up 1.2 percent versus the Aussie at 75.08 Thursday morning ET. 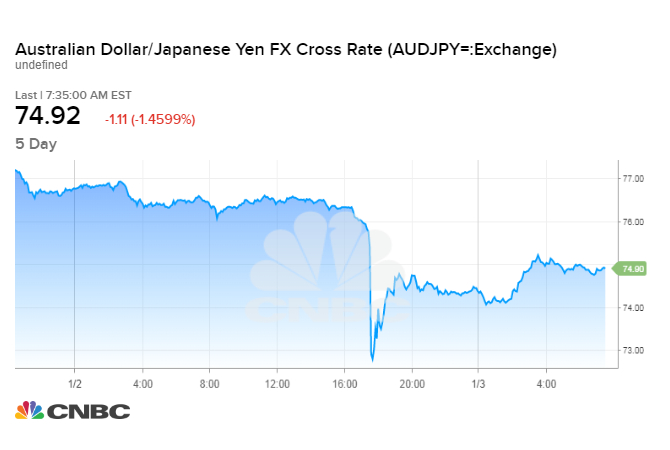 Against the euro, the yen hit 122.14 after hitting its highest level since April 2017. The yen also surged against the Turkish lira, pushing it below 20 for the first time since late October. 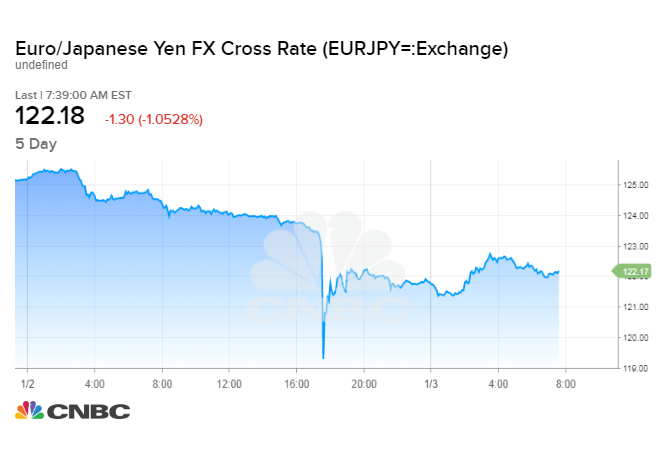 “The moves have partially retraced … however still resemble a flash crash,” said Craig Nicol, macro strategist at Deutsche Bank, in a note. “So it would be a stretch to say that there’s much conviction at the moment with moves in markets over the last couple weeks hardly healthy.”