Foundations turn to bond market in response to rising need

As the pandemic’s misery continued last fall, foundation leaders like Robert Ross of the California Endowment discovered a way to pump hundreds of millions of dollars to nonprofits working to minimize the damage: The bond market.

With its $300 million bond offering in January, the California Endowment became the latest private foundation to issue debt to cover a surge in grant making. The endowment is one of nine grant makers that have issued a total of $3 billion in debt since June to cover increases in their grant making. First out of the gate were the Ford Doris Duke and MacArthur foundations.

In addition to the California Endowment, the Bush, Kellogg, Mellon, and Rockefeller foundations and the UJA-Federation of New York are recent entries into the bond market.

Ross decided to follow their example because the pandemic and its impact on communities of color was so profound that making grants with a “business as usual” approach wouldn’t help much.

Without drawing down from its more than $3 billion corpus, the California Endowment now has hundreds of millions to spend on improving access to health care and supporting grassroots organizations led by people of color in California. The grant maker plans to give out the proceeds of the bond sale within two or three years and has 30 years to pay back the loan at a 2.49% interest rate.

Ross and the grant maker’s finance team are confident they can pay back the principal and interest and still invest its endowment prudently.

“The philanthropic sector now realizes we have another tool in the belt to strategically overspend,” he says. “This is an approach worth at least kicking the tires on and considering.”

It’s possible more foundations will explore issuing debt to increase grant making. The Skillman Foundation, for example was considering a debt offering before its executive director left in December to lead the McKnight Foundation. Skillman put a final decision on hold as it searched for a new leader. Suzanne Shank, who sits on Skillman’s Board of Directors, co-founded Siebert Williams Shank, which served as a manager on several of the recent foundation bond offerings.

The foundations’ debt offerings came in the form of social bonds, which allow investors to try to improve society and shoot for market returns simultaneously. Some investment groups have internal rules stating that a portion of their investments will be directed to efforts that improve the environment or provide economic opportunities to poor people. Social bonds are one type of investment vehicle that can satisfy those requirements.

To qualify as a social bond, a third party (in the California Endowment’s case, a group called Sustainalytics) has to affirm that the debt will conform to principles developed by the International Capital Market Association. The principles guide how issuers use the proceeds from the offering, how to select and evaluate grantees, how the proceeds are managed, and how the spending is reported to the public.

Social bonds leaped from $17 billion globally in 2019 to a record $141 billion last year, according to Moody’s Investors Service, which rates bonds. Moody’s anticipates a total of $150 billion in social-bond offerings this year, as the desire to issue pandemic-related debt continues.

Certain kinds of nonprofits regularly use debt to expand operations or to finance construction, especially universities and other nonprofits that charge membership or admission, like museums or YMCAs. However, the phenomenon is new for private foundations, which typically have little revenue other than investment returns, says Susan Shaffer, a vice president at Moody’s.

That began to change during the pandemic. Foundations usually go to great pains to protect their endowments Shaffer says, but they discovered a new appetite for risk as their grantees’ needs soared and revenue dried up for many of them.

Advocates of the foundation bond offerings say the time is right. Unlike nonprofits, whose finances have been crushed during the pandemic, foundations have continued to enjoy strong investment returns for their endowments from the stock market. At the same time, interest rates are at historic lows, raising confidence that foundations can pay off the bonds in the future without eating into their endowments.

Not all foundation leaders are buying in.

Going into debt to increase payout is irresponsible, says Adam Falk, president of the Sloan Foundation. As the final repayment date draws near, a foundation’s money managers could feel pressure to invest their endowment more aggressively and take on more risk, he says. And paying back the principal and interest will put money that could be given to charities into the hands of investors, he says.

There’s no way of telling whether the needs of the future will be less urgent than today’s struggles, Falk says.

Phil Buchanan, the president of the Center for Effective Philanthropy, who has pressed foundations to spend more during the pandemic, says it doesn’t matter to him how foundations accomplish a bigger payout.

Many foundation leaders avoid spending more from their endowment during market downturns, such as the decline that accompanied the onset of the pandemic, Buchanan says, out of fear that their assets will never fully recover. That, in part, has helped drive the move toward bonds.

But the market has rebounded from its pandemic trough, and many foundation endowments have grown larger, Buchanan says.

“This suggests that higher spending levels need not threaten the ability of a foundation to be roughly the same size as it was pre-pandemic, contrary to all the hand-wringing in the spring of 2020 among some foundation leaders who worried about ‘locking in losses,’” he says.

Jennifer Reedy, president of the Bush Foundation, said that when she heard about Ford and the other grant makers’ bond offerings last summer, she didn’t think tapping the debt market made sense for Bush. With its $1 billion endowment, the Minneapolis-based foundation is a lot smaller than Ford, which controls more than $13 billion in assets and has a large staff of financial managers. Reedy figured that Bush was too small to generate a lot interest among the financial-services firms that handle bond sales because the fees involved would be too insignificant.

But the more Reedy thought about it, the more it made sense to her given the low interest rates and extreme need in the region. Bush ended up issuing $100 million in debt. The 30-year bonds came with a 2.75% interest rate, and underwriting, legal, and other costs totaled about $600,000. Since the offering, the endowment has risen to about $1.2 billion, Reedy says, citing preliminary numbers.

Because adding debt to a foundation’s financial ledger can put pressure on future grant payments, a bond offering is a one-time thing, Reedy says. But she said the moment was right not just because her region was in crisis but also the turmoil related to the pandemic and the calls for racial justice created possibilities for real societal change.

“It’s not a strategy you can regularly go to. You have to really believe that this moment is special or that you have an opportunity that is distinctive,” she says. “There is so much opportunity right now for rebuilding and redesigning systems in our region that we think this is truly an unusual moment for us to have an outsized impact.” 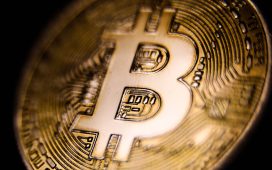