NEW DELHI: Franklin Templeton Mutual Fund marked down its debt exposure to Vodafone Idea papers to zero concerned by huge statutory debts that the telecom major has to pay within a week.

“The large quantum of AGR dues and the immediate payment timeline is resulting in significant uncertainty with respect to our exposure to Vodafone Idea… while relief avenues do exist, the situation remains unclear,” said the mutual fund house.

Franklin Templeton has also put upper bounds on the investment in these funds at Rs 2 lakh per day per fund per investor.

“A limit on purchases will help ensure that once clarity emerges and as resolution takes place, the interest of existing unitholders has not been significantly diluted in the interim through fresh purchase activity while limiting the inconvenience to retail investors,” it said.

The asset manager is in touch with Vodafone Idea and is closely tracking developments in this matter, it said.

The government has estimated Vodafone Idea’s dues at over Rs 53,000 crore, including over Rs 28,000 crore in licence fee, interest and penalties and the rest on spectrum usage charges. 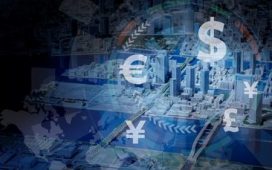