Freddie's Flowers mini-bond will pay 7.5% – in boxes of blooms

In a rare pandemic success story, subscribers to Garland’s weekly flower delivery service rose from 60,000 to more than 100,000. Annual sales have hit £26million. And now Garland is dreaming big.

Tomorrow, he will launch a ‘Flower Bond’ to let customers invest in the online firm’s growth. In return, investors will receive twice-yearly cash payments worth 5 per cent a year – or regular boxes of flowers worth 7.5 per cent. 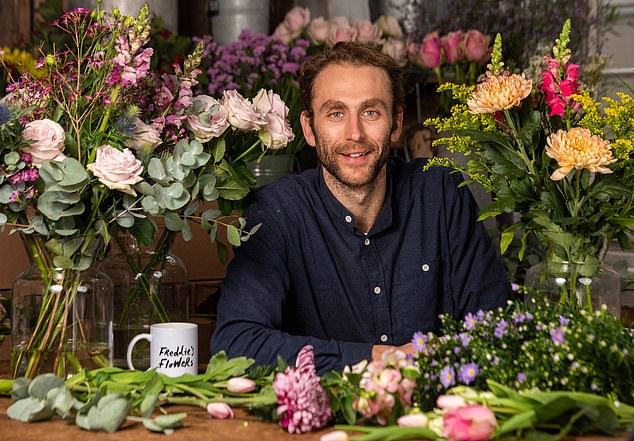 Flourishing: Freddie Garland says he has flowers in his blood

Garland hopes to raise between £2million and £10million from the four-year mini-bonds, and plans to use the funds from the investment scheme to double the size of his subscription business by 2022.

Those considering investing in Freddie’s Flowers should be aware that the security of their mini-bond investment relies on the company’s finances and if it goes bust they could lose all their capital and lose their interest payments – whether in cash or flowers.

Investors in other companies’ mini-bonds have suffered losses and so they should always be bought as part of a diversified portfolio and considered a higher-risk investment.

‘If we carried on as we are, ticking along at 100,000 members, we would see a continual line of £2.7million profit, before stripping out marketing and tax, but we are electing to reinvest all that back into the business to fund growth.’

Under Garland’s expansion plans, Freddie’s Flowers will launch its flower delivery service overseas, starting with Germany next week – and will invest in marketing to sign up more of the 3.8million affluent Britons aged 30-plus identified as the ‘Freddie’s demographic’.

Garland also plans to launch an online shop in November, selling products such as ‘beautiful Japanese floral scissors’, secateurs and Christmas wreaths. ‘It is drifting into a homeware scenario,’ he adds. ‘It is a lovely starting point for something else.’

Garland, 32, grew up helping his parents in their flower shop in Pimlico, Central London, and says he has ‘flowers in my blood’.

After first doorknock I knew it would work

He founded Freddie’s Flowers aged 26 after quitting his job at organic food firm Abel & Cole because he saw how its subscription model for grocery boxes could be transferred to flowers. He had done no research and had no business plan other than to ‘deliver flowers to people and create joy’.

For the first six months, he did ‘back-to-back, 100-hour weeks’, starting his days at 3am at New Covent Garden flower market before cycling home to start packing flowers in boxes at 6am in a gazebo in his parents’ garden in Wandsworth, South West London.

Then he would go out knocking on doors to drum up custom.

He says: ‘Six years ago today, I did my first doorknock and I cycled out and got three customers in two hours. From then on, I knew my idea was going to work.’

Garland now employs 150 people, with former Abel & Cole executives Keith Abel and Ted Bell on his management team, and runs operations from an HQ in Earlsfield, Wandsworth, known as ‘The Shed’.

When deliveries of blooms such as lisianthus, alstroemeria, lilies and peonies arrive from ‘the flower mafia’ in Lincolnshire and suppliers in Holland, they are packed into boxes in a warehouse in Heston in Hounslow, then delivered by a fleet of vans and electric bikes across the UK, covering a spread of locations from Edinburgh to Devon.

Pre-tax profits for the 12 months to August hit £2.74million, after his customer numbers shot up 73 per cent during lockdown while high street florists and garden centres were closed.

But even before Covid-19, Garland says his subscription model delivering weekly flower boxes direct to people’s homes had the edge over traditional flower shops.

The 52 flower arrangements he and his colleague Victoria Fisher design each year are planned from a seasonal palette of 350 flowers ordered directly from the growers, cutting out ‘a huge amount of the normal chain that you see with a typical flower shop or supermarket’. 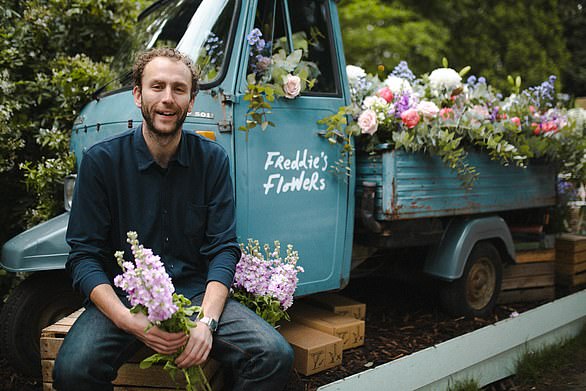 Family: His father Peter ran a landscape contracting business and owned a flower shop in Orange Square in Pimlico. Mother Caroline was a headhunter before becoming a garden designer. 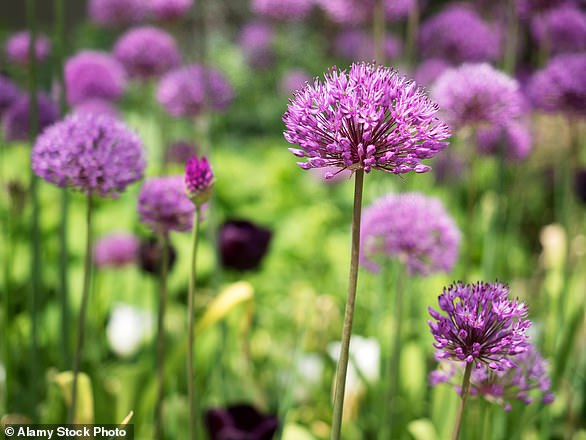 Education: Northcote Lodge prep school in Wandsworth then Marlborough College in Wiltshire. He then studied popular and world music at Leeds University.

Garland says: ‘I work really closely with the growers and our arrangements are planned until August 2021. That means there is minimal waste, which is great for the environment, and we reduce the cut to table time to about three days, whereas a typical flower shop or supermarket takes up to two weeks.’

Recalling the wilting blooms in his parents’ shop, he says: ‘All I ever saw was good flowers for a bit but then slightly sadder flowers as they started to wilt – and yet they still managed to sell them.

‘Ours are unbelievably fresh because they are cut to order.’

He adds, diplomatically, that there ‘has always got to be a place for high street flower shops’, but claims his method of delivering boxes of loose flowers ready to be arranged by customers is a ‘whole different ball game’. 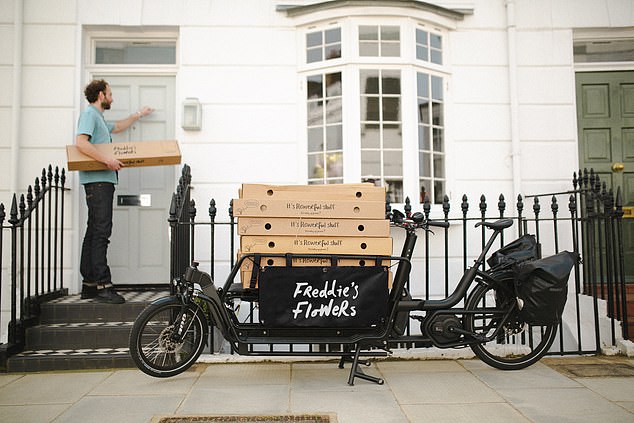 Freddie’s Flowers has recently been certified carbon neutral, and all deliveries within the M25 will be done by electric bikes within a year

‘We are everyday flowers brightening your home, we are a whole lifestyle,’ says Garland, whose exuberant creations are inspired by Charlie and the Chocolate Factory.

Read More   Foresight Energy to be de-listed from NYSE

He adds: ‘People join us and quickly realise there is something really creative about having flowers delivered to your home. Everyone needs ten to 15 minutes a week practising a bit of floral yoga – or floga, as I call it.’

Freddie’s Flowers has recently been certified carbon neutral, and all deliveries within the M25 will be done by electric bikes within a year, with further ‘pockets’ of electric bikes in Manchester, Birmingham, Southampton and Brighton.

His efforts to disrupt the £2.2billion UK flower market have been noted by retail analysts at PwC, who recently named Freddie’s Flowers as one of the next possible billion-pound British start-ups, alongside sportswear brand Gymshark and online cosmetics brand Cult Beauty.

Garland – who left Leeds University with a third after writing his dissertation on the Beatles album Sergeant Pepper’s Lonely Hearts Club Band – owns a large undisclosed stake in the firm after investing £1.9million of ‘private money’, jointly with co-owners Keith Abel and Ted Bell, to fund the business.

But Garland, who is at his most animated talking about new varieties of Dutch chrysanthemums, says he is driven by his passion for flowers, and that there is currently no official valuation for the business because there are no plans to sell.

‘Ted, Keith and I have absolutely no plans for exiting the business,’ he says. ‘We are absolutely loving it at the moment.’

He adds: ‘That’s why we took the Flower Bond route. We are a really exciting business that is tipped for big things. We’d love to bring people along for the ride with us.’

A CAZ near you? A guide to seven cities planning to introduce vehicle emission tax zones for drivers

Depop bosses to cash in on takeover by US giant Etsy

It's time to 'think about thinking about' tapering: Fed's Patrick Harker