PRAYAGRAJ: E-commerce companies like Amazon and Flipkart will be able to transfer freight through railways once the dedicated freight corridor project is complete, which will enable the government to run freight trains as per a time schedule, a senior official said.

The Dedicated Freight Corridor Corporation of India Limited (DFCCIL) is developing the eastern and western freight corridors with a cumulative length of over 3,000 km.

Sachan said that it is not possible for the Indian Railways currently to give a time schedule for freight trains since passenger trains run on the same network, and they get the first priority in terms of movement.

“Once the DFC is complete, as per our concession agreement with the Indian Railways, at least 70% of the freight trains will be transferred on the DFCCIL network,” Sachan said. This will allow DFCCIL to prepare a time schedule for freight trains, while the average speed of such trains will be go up to around 70 kmph against 25 kmph at present, Sachan said.

Sachan added that the cost of carrying freight on the DFCCIL network will come down by 50%, as against that on the Indian Railways’ network, and the company has communicated to the national transporter that the benefit should be passed down to consumers.

The Eastern & western dedicated freight corridors entail an investment of $12 billion, with the World Bank and JICA partly funding the project with around $1.86 bn and $5.2 bn respectively.

Apart from e-commerce, the freight corridor project will also open up doors for the automobile sector, Sachan said.

DFCCIL will be monitoring the movement of freight trains at the Operations Control Centre in Prayagraj, which is the second largest in the world after Shanghai, China, Sachan said.

Sachan added that operators of private containers will also be allowed to use the DFCCIL against track usage charges. “The freight rates for private players will be decided by a railway regulator, which will have to be brought in by the Indian Railways,” Sachan said.

The Sonnagar-Dankuni section of the eastern dedicated freight corridor will be built on the PPP mode, Sachan said.

Senior World Bank executive Atul Agarwal said that the institution will be interested in facilitating private players entry in the 500-odd km section given there is a “formal proposal” from the government of India.

FTSE 100 LIVE: Global stock markets rally – but experts give reason to be cautious

21-day nationwide lockdown: For many, ePay's the way to buy essentials 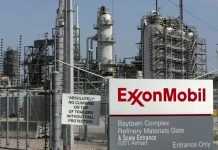