From extremism to coronavirus: How a nonprofit pivoted to confront Arabic-language misinformation – NBC News


Faisal Al Mutar was at his home in New York City when he saw the first hints of what would become a tidal wave of Arabic-language coronavirus conspiracy content spreading online.

It was mid-February and while the virus was starting to appear in Iran, there was yet to be a serious outbreak in an Arab country — the rampant misinformation had arrived in the Arab world before the virus.

Al Mutar, 28, watched videos suggesting the pandemic was part of a biological war between the United States and China. Homespun articles claimed that eating garlic was enough to ward off the virus. Religious authorities argued the disease was a punishment for China’s treatment of the Uighur Muslims.

“The most dangerous misinformation I saw is the claim that because we are Muslims, the virus is not going to affect us,” he said.

Al Mutar decided then that such misinformation had the potential to get people killed and redirected his organization, Ideas Beyond Borders, to join the fight against coronavirus falsehoods.

Al Mutar founded the group in 2017, four years after he arrived in the U.S. as a refugee from Iraq. Its mission was to provide “a positive alternative to extremism, authoritarianism and censorship” by creating online content in Arabic that encourages free expression and critical thinking.

He has his own painful history with extremism. During his teenage years in west Baghdad, both his brother and his cousin were killed by al Qaeda. Their killings, in the midst of widespread sectarian bloodshed in Iraq, motivated him to set up the group and begin establishing a network of young, like-minded Arab liberals. Their goal is to vastly expand the amount of information available in their mother tongue.

Arabic is one of the world’s most-spoken languages but only 3 percent of internet content is available in the language, according to the United Nations. Meanwhile, governments across the Arab world heavily censor the internet. The result is a scarcity of reliable information during the pandemic.

“The information that’s available to an Arabic-language audience is quite limited, particularly when it comes again to credible reporting or investigative types of reporting,” said Allison McManus, a senior fellow at the Center for Global Policy, a U.S. foreign policy think tank focused on the Islamic world. “You simply don’t have as diverse streams of accurate information. So a lot of folks turn to social media in Arabic to try to gain information.”

By the beginning of March, many of Ideas Beyond Borders’ 120 translators and content creators across the Middle East had set aside their anti-extremism work to focus full time on creating information resources about the pandemic. The group formed teams in Syria, Iraq, Egypt and Lebanon.

Their focus has been on translating Wikipedia articles about the pandemic to bolster the relatively sparse Arabic edition of the online encyclopedia. They have translated more than 90,000 words so far, according to the group.

One of the young translators in Syria said she was convinced they were making a positive difference.

“At first, I was really scared and really feeling like this is something global and we are just a bunch of young people who cannot stand against it,” she said, speaking on the condition of anonymity out of security concerns. “But when I started translating and my articles started being published, and I spoke about them on my social media, people started believing the facts, the accurate facts about the virus.”

The group is also creating its own video content to counter viral disinformation videos. It publishes them on an Arabic Facebook page titled House of Wisdom 2.0 — a reference to the famed eighth-century Baghdad library the Bayt al-Hikma, or House of Wisdom. The page has nearly 400,000 followers and a recent Arabic video debunking the claim that Microsoft co-founder Bill Gates was involved in the start of the coronavirus has been viewed 423,000 times.

Russian and Chinese state media have used their Arabic channels to spread their own narratives on the coronavirus. A Russia Today Arabic video where a guest argues that the virus was created in a U.S. lab in Asia has been viewed more than 1 million times.

Al Mutar said he hopes his group’s work will save lives during the pandemic but that in the long term, he aims to arm young Arabic speakers with the tools they need to ward off misinformation by themselves.

“On an average day, for an average young person looking at their cellphone right now, much of the information they see is really nonfactual. My goal and my inspiration is for there to be actual sources of information and make that information accessible to those who need it.” 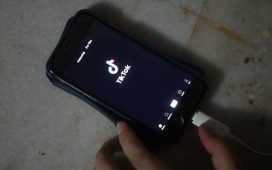 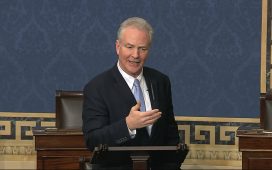 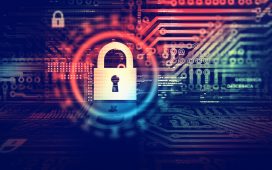 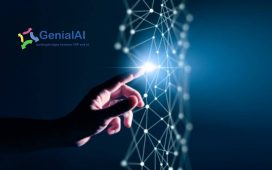 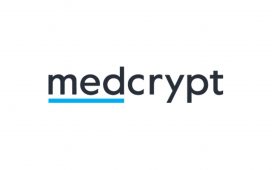