By Jayna Rana For Thisismoney.co.uk

Top performing trust, JPMorgan Smaller Companies, was up almost 16 per cent in just one month.

After years of stunted flows amid uncertainty over the UK’s political backdrop, the average UK All Companies fund climbed 5.1 per cent between 12 December 2019 and 10 January 2020, according to AJ  Bell.

But UK smaller companies funds performed even better, up 7.8 per cent on average, with the top performer, VT Teviot UK Smaller Companies, up more than 11 per cent. 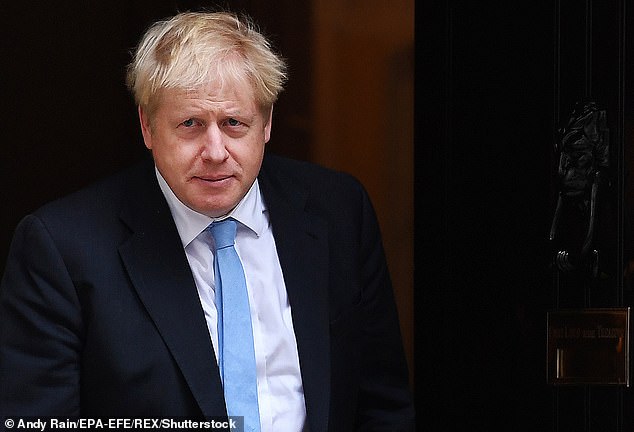 Investment trusts focussed on British firms have been the real winners since the election, however, with UK All Companies trusts delivering 8.2 per cent on average, UK Smaller Companies 8 per cent, and UK Equity Income 5.1 per cent.

The UK Equity Income sector has also risen 5.1 per cent since the election.

However, those figures compare to a 4.3 per cent rise for the stock market, as measured by the broad FTSE All-Share index, over the same period. 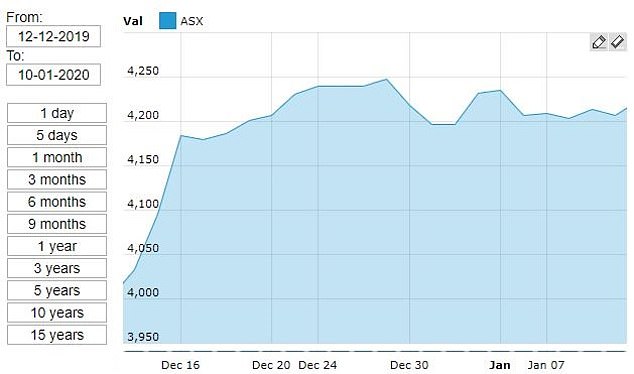 The FTSE All Share stock market saw a 4.3% rise in the month after the election

‘The large majority gained by the Conservatives fuelled a Boris Bounce as investors hurried back into domestically focused companies that had been out of favour for so long.’

Looking across all UK-focused funds, the highest performer was the VT Teviot UK Smaller Companies fund, which has returned 11.34 per cent since the election.

The £67million fund, managed by Andrew Bamford and Barney Randle, invests in a diversified portfolio of stocks from the bottom 10 per cent of the UK stock market in terms of company size.

At the top of the  investment trust table was the £245million JPMorgan Smaller Companies investment trust, managed by Georgina Brittain and Katen Patel, which returned 15.74 per cent in just under a month.

Suter added: ‘UK-focused investment trusts had been on stubbornly wide discounts to their net asset value in the lead-up to the election, but benefited from a boost to share prices in the Boris rally as investors bid up UK stocks.

‘The managers of JPMorgan Smaller Companies seek to own companies with a competitive edge, frequently operating in niche growth markets, which rather than being dependent on GDP are forging their own growth.

‘Hot on its heels since the election with a 14 per cent gain is the SVM UK Emerging, a growth companies fund managed by Margaret Lawson and Colin McLean with a bias towards consumer services, financials and industrials.

‘Another notable gainer since Boris Johnson bagged his comfortable working majority is Schroder UK Mid Cap, with sentiment towards the FTSE 250 index turning positive as the index is perceived as a proxy for the UK’s domestic economy.’

China stocks have worst month since May 2019 over coronavirus fears

At last, the benefits of being left-handed are confirmed