The third quarter GDP growth numbers will be announced on Friday, and most experts peg the number to remain flat at 4.5%.

Economists remain divided about whether the economy will rebound or will slow down further in the December quarter. Many estimates so far point towards a modest pick-up, but these may not matter much given that predictions for the previous quarters have gone widely off the mark.

India’s economic growth slipped to a 26-quarter low of 4.5% in July-September from 5% in the first quarter.

While a fall in domestic consumption is seen as a strong reason behind the sluggish pace, the outbreak of coronavirus is likely to make the situation worse, as it will have a significant impact on global trade, production and growth.

Manufacturing activity is likely to remain under pressure and unlikely to better the 6.4% growth in the corresponding period a year ago. Falling growth seen in sales of commercial vehicles, railway freight traffic and cargo handled by civil aviation has also contributed to the projection being significantly lower.

However, some signs show that the economy may have put the worst behind it. The Reserve Bank of India has cut policy rates by 135 bps since February of last year, and the government reduced corporate rate tax to 22% in order to attract investment and boost growth.

Business activity seemed to be gaining some traction in the last quarter, with activities in manufacturing and services sectors hitting multi-level highs. The Markit India Services PMI index climbed to 55.5 in January — the highest in seven years — from 53.3 in December.

However, exports, consumer and industrial activities continued to remain muted. Industrial production contracted 0.3% in December from a year ago, led by weak manufacturing activity and the automobile sector. Consumer sentiment worsened to an almost five-year low, according to an RBI survey.

According to data from SIAM, domestic sales of passenger vehicles declined 6.2% year-on-year in January, further showing the falling demand for discretionary spends. 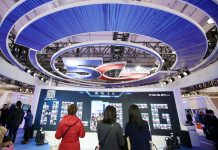 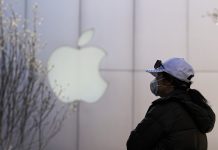 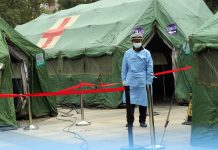 Government will not allow economy to weaken : Arjun Ram Meghwal

$81 billion has been wiped off Alibaba's shares since record high as it gets...

India ready to allow US dairy imports with riders