General election 2019: Workers under Labour 'will take back control'


Shadow chancellor John McDonnell has said workers and consumers would “take back control” under a new business model if Labour wins the election.

In a speech in Westminster, he said company boards would include workers and elected members, giving them greater influence over pay structure.

And public sector chief executives would not be allowed to earn more than 20 times someone on the living wage.

The plans were part of an overall vision to create a business model that was not based on the “unfettered pursuit of profit maximisation”.

But, responding to Mr McDonnell’s speech, the British Chambers of Commerce said it would be “misguided to impose a rigid, one-size-fits-all approach”.

The shadow chancellor said the relentless pursuit of shareholder value and “corporate greed” had been to the detriment of the workers who create that wealth.

“Labour’s reforms to how our large businesses and public utilities are governed, owned and regulated and how both workers and consumers are represented will genuinely enable them to take back control,” he said.

Mr McDonnell said Labour would “rewrite the rules” of the business model and “treat people fairly and with respect”. In the past, he said, workers had “often been treated as virtual chattels”.

He also outlined plans to overhaul the business audit sector to make it more independent because, he said, it was too dominated by the “big four” audit companies.

“Under Labour, the big four will not be allowed to operate like a cartel,” he said.

“At the heart, we believe that every business should be a partnership – between employees, customers, managers and shareholders – for the long-term success of the enterprise.

“Many European countries have more robust systems to secure long-term decision-making than the UK.

He adds that, if Labour gains power, it will rewrite the Companies Act “so that directors have a duty to promote the long-term interests of employees, customers, the environment and the wider public”.

Earlier, Mr McDonnell confirmed on BBC Radio 4’s Today programme that Labour was retaining its policy to scrap student tuition fees as a start to overhauling the system of financing tertiary education, including student loans.

The government “must realise that the system is falling apart”, he said, adding: “Large amounts of that debt is not being paid off and the government is having to write it off.”

He added that there “is an approach that has to be taken that looks at existing debt”.

When pressed on whether Labour will cancel student debt, Mr McDonnell added: “What I’m saying is, it has to be addressed in some form by whoever is in government, because the system – exactly as we predicted – is not working.”

Responding, Education Secretary Gavin Williamson said: “We can’t trust Jeremy Corbyn with our economy and his plan for two more referendums (on Brexit and Scottish independence) would cause havoc next year.

“Only the Conservatives will get Brexit done and keep our economy strong.”

The British Chambers of Commerce said in a statement: “It’s one thing to support employee ownership, stronger corporate governance and a transition to a greener economy, which have had positive impacts on many firms. But it would be misguided to impose a rigid, one-size-fits all approach.

“Getting our economy moving requires serious investment in skills, infrastructure and a reduction in business costs. But extensive government interference in ownership and governance could deter investors and damage confidence.”

It said the next government must work more closely with businesses, with success depending on “partnership, not diktat”.

Labour’s plans to “rewrite the rules” for corporate Britain and refocus big employers on climate change and gender parity on their boards certainly reflect its belief in a more muscular state.

But the plans are also quite a departure for British corporations used to dealing with social issues voluntarily, and on the basis of consensus.

Threatening to delist companies from the stock exchange on the basis of an insufficient plan to address climate change is a stark new direction.

But Labour has also rowed back on one of the most radical policies announced by Shadow Chancellor John McDonnell last year.

The Inclusive Ownership Fund still involves taking 1% year of the share value of listed UK companies and putting that into a pot to distribute to workers, up to 10% after a decade.

But a number of refinements have now been made to the plan.

Firstly, the shares and the profits distributed to UK workers would now only be based on UK profits alone, not on worldwide profits. Secondly, the amount of money distributed to the Exchequer over and above what goes to workers will be limited to 25%.

That partially deals with some of the most acute concerns expressed by the private sector about the “£300bn expropriation” of shares.

Dan Neidle, the City lawyer who calculated that figure, now says that limiting it to UK profits, roughly halves that number.

In addition, the share of the funds that could go to the Exchequer is now limited to 25%, rather than 90% calculated for the original policy.

All the Exchequer funding would go to apprenticeships in skills to help alleviate climate change.

The net result is that Labour now calculate the policy as raising £2bn a year for workers and £700m a year for apprenticeships by 2024.

While these are significant sums, in context they are equivalent to raising corporation tax by 0.5%.

The CBI said Labour’s shift showed it had “started to listen” but the effect “remained severe” for those companies affected.

Labour itself denied it had reined in the policy but acknowledged it had “listened to concerns”. 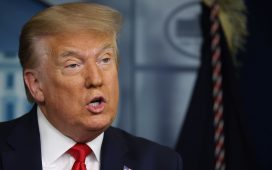 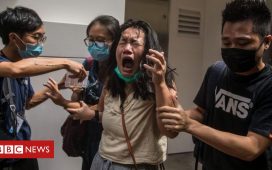 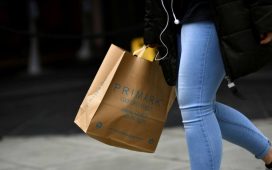