THE FLATS – Georgia Tech goes 7-for-7 in cuts made at Shriners Hospital for Children Open … Chesson Hadley earns second top-10 finish of the season … Four Jackets set to compete in second stage of Web.com Tour Q-School this week … This and more in this week’s Georgia Tech #ProJackets Report.

All seven of the Georgia Tech players in the field at last weekend’s Shriners Hospital for Children Open made the cut, with Chesson Hadley leading the way with a tie for seventh place after firing four rounds in the 60s at the TPC Summerlin course in Las Vegas. It was Hadley’s second top-10 finish this fall, and much like last year, the fifth-year PGA Tour veteran is making some hay early in the schedule and stands 11th in the FedEx Cup standings.

Third-year veteran Richy Werenski tied for 23rd place while rookie Anders Albertson tied for 28th. Werenski moved up to 83rd in the Fed Ex Cup standings, while Albertson, who was No. 8 in the Web.com Tour earnings in 2018, stands 61st.

Roberto Castro, who regained his PGA Tour card by finishing 24th in Web.com Tour earnings over the summer, tied for 51st place last weekend and stands 69th in the FedEx Cup race. Matt Kuchar, in his 17th full season on the PGA Tour, played his first event this season and tied for 57th.

Kuchar continued his schedule this weekend at the Mayakoba Golf Classic in Playa del Carmen, Mexico along with Albertson, Reeves, Werenski and Ollie Schniederjans.

Kuchar also has been tapped to partner with former Clemson All-American Kyle Stanley to represent the United States in the ISPS HANDA World Cup of Golf, which will be played later this month in Melbourne, Australia. They will look to record the USA’s 25th title since the tournament’s inception in 1953. With eight total appearances between the Ryder Cup and Presidents Cup, as well as twice a representative for the United States in the World Cup, Kuchar is no stranger to team success. In 2011, Kuchar teamed with Gary Woodland at Mission Hills Golf Club in China to win by two strokes over Germany and England. He also earned a bronze medal in the 2016 Rio Olympics.

Web.com Tour:  Georgia Tech graduated three former golfers from the Web.com Tour to the PGA Tour following the 2018 season, and four other alumni are competing to replace them for 2019. The second stage of Web.com Tour qualifying school began Tuesday at four different sites.

J.T. Griffin, who made five starts on the Web.com Tour last summer after earning spots through Monday qualifying and then performing well enough to earn subsequent starts, is in the field along with Paul Haley and Chris Petefish in the field at the Robert Trent Jones Trail Magnolia Grove in Mobile, Ala. Vincent Whaley, who finished second in earnings this year on the Adams Pro Tour, is competing at Southern Hills Plantation Club in Brooksville, Fla.

The second stage events are 72-hole qualifiers, from which approximately 90 to 100 players will advance to the final stage, Dec. 6-9 in Chandler, Ariz. 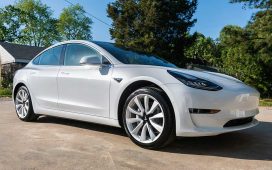 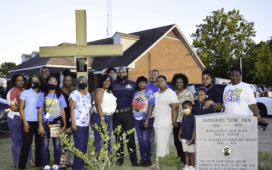 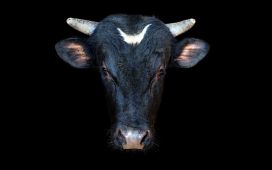