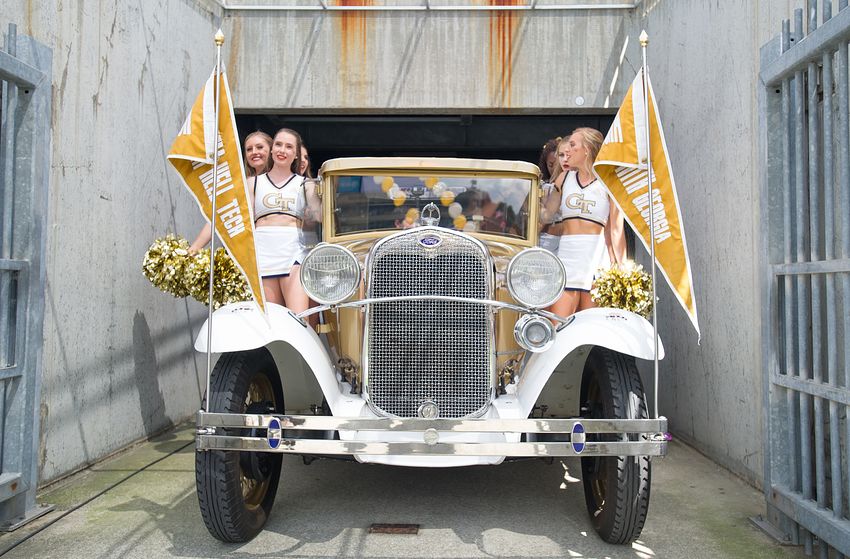 ATLANTA, GA – SEPTEMBER 1: Ramblin’ Wreck of the Georgia Tech Yellow Jackets enters the field prior to their game against the Alcorn State Braves at Bobby Dodd Stadium on September 1, 2018 in Atlanta, Georgia. (Photo by Michael Chang/Getty Images)

The seventh commitment of the 2020 recruiting class is in for Georgia Tech as Virginia LB Jared Behrens committed to the program on Saturday.

Georgia Tech’s hot streak on the recruiting trail continued on Saturday afternoon when Virginia (Ashburn, VA) linebacker Jared Behrens ended his recruitment and committed to the Jackets. Originally classified as a 2021 recruit, Behrens will reclassify to the 2020 recruiting class, allowing him to get on campus a full year earlier.

Behrens has great size at 6-foot-3 and 210-pounds and recently tested well at a The Opening Regional. According to his 247Sports profile, Behrens ran a 4.61 forty-yard dash and a 4.34 shuttle. He also had a 33-inch verticle at the event back in February. He is currently unranked by the three major recruiting services.

There’s not much out there currently on the Virginia native but it appears the Jackets got in extremely early with the linebacker and it paid off. A trio of Carolina schools also showed interested in Behrens in North Carolina, North Carolina State, and East Carolina.

Overall, Behrens is the Jackets seventh commitment in the 2020 recruiting class and the third this month. He’s the first commitment that does not form Georgia or Florida so far with all the other six living in the Peach and Sunshine States. He’s also the first front seven recruit to commit to the Jackets in the class.

READ  Skyworks Solutions (SWKS) Gains But Lags Market: What You Should Know - Zacks.com

Due to not being ranked currently, Behrens commitment won’t affect any rankings but it wouldn’t be shocking if he finds himself earning some type of ranking in the near future whether it be a few weeks or a month or two.

Want your voice heard? Join the Yellow Jacked Up team!

The Jackets will look to add more commitments in the upcoming weeks including next weekend during their annual spring game. Spring games are big recruiting weekends across the country and it should be no different for the Jackets especially under Geoff Collins.