Customers who ate at a Wendy’s in Georgia are being told to get checked for hepatitis A after an employee tested positive.

Anyone who ate at the Lawrenceville location between June 13 and June 29 may have been exposed, according to the Gwinnett County Health Department.

During that time period, the employee worked and handled food, potentially spreading the illness to customers.

The worker is currently off the job and is no longer contagious, reported WSB-TV.

Health officials said in a statement that Wendy’s has immunized employees and thoroughly cleaned and sanitized the restaurant. 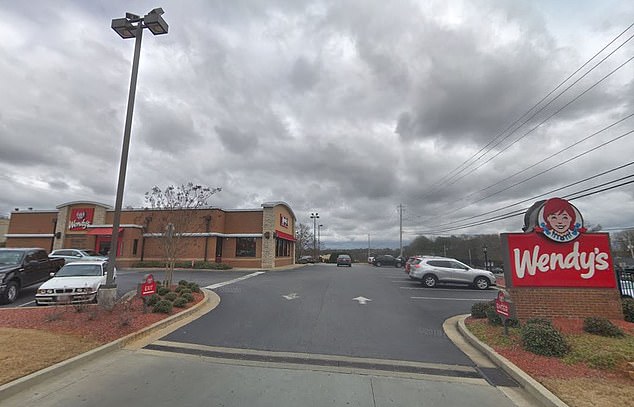 An employee at a Wendy’s in Lawrenceville, Georgia (pictured), who tested positive for hepatitis A, may have exposed customers who ate there between June 13 and June 29

‘It is relatively rare for restaurant patrons to become infected with hepatitis A virus due to an infected food handler,’ health department spokesman Chad Wasdin told WSB-TV.

‘But anyone who consumed food or drink at the Wendy’s…should contact their healthcare provider or their local health department to determine if a hepatitis A immunization is needed to prevent the disease.’

Anyone who believes they may have been exposed can get a free immunization at any Gwinnett County Health Department location.

Vaccinations are suggested within 14 days of possible exposure, officials say.

Meritage Hospitality Group, the organization that owns the Lawrenceville location, did not immediately respond to DailyMail.com’s request for comment

However, a statement was provided to GPB News that reads: ‘We take the health and safety of our customers and team members very seriously, and we have stringent procedures in place to ensure safe, sanitary and well-maintained restaurants.

‘We thank the Gwinnett County Health Department for their partnership in this matter. At this time, no additional illnesses have been reported and the restaurant is fully operational after passing an inspection.’

Hepatitis A is a virus that attacks the body through liver inflammation. It is highly contagious and is typically spread through sexual contact, needle sharing, or by consuming food that has been contaminated by someone infected with the virus.

Those who are at risk of developing hepatitis A include drug users, men who have sex with men and homeless individuals.

Symptoms – which include fever, nausea, vomiting, abdominal pain and dark urine – can take anywhere from two to seven weeks after exposure to appear.

Although many who are infected show no symptoms, it can take a few months for the illness to pass.

Hepatitis A has been a recommended childhood vaccine since the mid-1990s. The vaccine consists of two doses administered six months apart.

Along with getting vaccinated, public health officials suggest strategies that include hand-washing with soap and water after going to the bathroom and before eating or preparing food.

Read More   Coronavirus: The 10 things you can do to help relieve pressure on the NHS and protect your family

According to the Centers for Disease Control and Prevention, hepatitis A cases rose nearly 300 percent from 2016 to 2018 in comparison with the same period between 2013 and 2015.

Researchers at the agency say this is largely due to outbreaks among the homeless population and among drug users.

Covid Delta variant is ‘in the air you breathe’: what you need to know about Sydney outbreak strain