Germany’s finance minister has challenged the European Central Bank over the spectre of bond market fragmentation in the eurozone, saying he did not see particular hazards in current market conditions.

Christian Lindner told the ECB’s president in a closed-door session that he was not worried by recent moves in spreads between bond yields in the euro area, and that talking about fragmentation in the bloc’s financial markets could damage confidence, according to people familiar with the discussion.

His words came after the ECB held an emergency meeting on Wednesday in which its governing council pledged to accelerate plans to create a “new anti-fragmentation instrument” — a reference to the widening gap in the cost of borrowing between more stable sovereigns such as Germany and more vulnerable member states such as Italy.

The unscheduled ECB meeting came after bond yields of countries such as Italy and Spain shot up to their highest level for eight years in the wake of a decision by ECB rate-setters last Thursday to stop buying more bonds and start raising interest rates.

Euro area finance ministers discussed the situation with Christine Lagarde, the ECB president, in a meeting in Luxembourg on Thursday. Not all politicians appeared convinced that recent movements were untoward, and Lindner suggested that the ECB’s hastily convened meeting risked stoking up market nerves.

Speaking ahead of the meetings, Lindner said the euro area was “stable and robust” and he did not share concerns over fragmentation in the region. While spreads were rising among some member states, their current levels indicated “no need for any concern”.

“Our task as finance ministers is to show that we are going back to sustainable public finances and leave the expansionary fiscal policy of the [coronavirus] pandemic behind,” he said, stressing the importance of tackling inflation. The German finance ministry did not respond to requests for comment.

Sigrid Kaag, the Dutch finance minister, said after the meetings in Luxembourg that it was important to “project confidence and calm” and not to “express ourselves prematurely” when monitoring what was happening in the markets.

Lagarde defended the ECB’s handling of the situation in the meeting, telling ministers, “we have to address fragmentation risk to enable the implementation of monetary policy throughout the euro area”, according to people familiar with the discussions.

She added: “Fragmentation risk is a serious threat to our price stability mandate. Doubting our commitment would be a serious mistake.”

Paschal Donohoe, president of the eurogroup, later said recent movements in financial markets were a response to the “understandable” decision by the ECB to begin the normalisation of monetary policy.

Ministers, he added, were “absolutely united” in their view that the euro area would continue to be “very robust, continue to be resilient, even as those market conditions change in the way they are”.

Lagarde talked tough on inflation last week by unveiling a plan to end eight years of negative interest rates and bond buying. But days later the ECB called an emergency meeting and said it would speed up work on a new policy tool to tackle turmoil in bond markets.

The central bank has given little detail on how the new instrument might work, though most experts expect it to involve targeted purchases of the bonds of eurozone countries suffering from an unwarranted increase in their borrowing costs compared with others. Analysts expect the ECB to unveil the tool at its meeting on July 21.

Italian central bank governor Ignazio Visco said on Thursday that its emergency meeting did not signal panic. But he also said that any increase in the Italian spread above 2 percentage points created “very serious problems” for the even transmission of monetary policy.

The ECB worries that a bond market panic could push up borrowing costs of weaker countries to a level that drags them into a financial crisis and stops the central bank from bringing inflation down from its record level of 8.1 per cent to its target of 2 per cent.

One explanation for what the ECB is trying to achieve came from board member Isabel Schnabel, who said in a speech shortly before Wednesday’s meeting that “there is no reason to assume that sovereign bond yields are identical”. 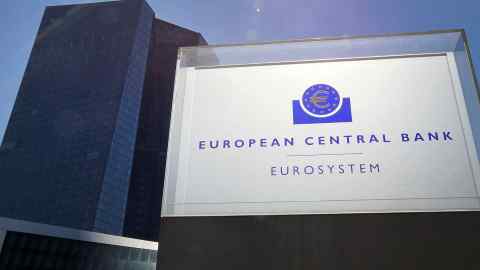 “There are times, however, when yields rapidly diverge from economic fundamentals, causing financial instability and hence fragmentation”, which Schnabel defined as “a sudden break in the relationship between sovereign yields and fundamentals, giving rise to non-linear and destabilising dynamics”.

Ministers attending the eurogroup meeting in Luxembourg separately agreed that they should work on strengthening the region’s common framework for handling bank crises and national deposit guarantee schemes.

They did not, however, endorse a detailed work plan for completing the EU’s banking union project, as had been mooted. They instead agreed to review the project down the road, with a view to identifying “possible further measures” addressing outstanding elements of the plan. 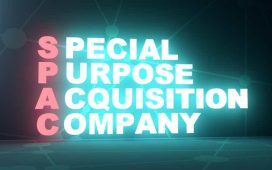