Glasgow has unveiled plans to become the first UK city to reduce its greenhouse emissions to net-zero.

The city wants to reach the target before 2045, beating the Scotland-wide ambition announced by the Scottish government earlier this month.

The plans include mass charging points for electric vehicles.

Net-zero is the point where the same volume of greenhouse gases is being emitted as is being absorbed through offsetting techniques like forestry.

Glasgow City Council and Scottish Power say they will work on a range of programmes to help the city reach the target.

They hope the announcement will fire the starting gun on a “race to zero” with other cities like Edinburgh.

A week later the Scottish government said it would legislate to reduce greenhouse emissions to net-zero by 2045.

Advice from the Committee on Climate Change urged Scotland to set the target five years ahead of the UK as a whole because of its potential for planting trees.

Scottish Power said renewable energy capacity had to quadruple and electricity generation needed to double before Scotland could meet the target.

What does net-zero mean?

The terms carbon neutral and net-zero are often used interchangeably but there are differences.

Carbon dioxide (CO2) is the most abundant greenhouse gas but there are others which the Scottish government counts and they are not all carbon-based.

Therefore, some climate change campaigners prefer the term net-zero as it includes not just CO2 and methane but also nitrous oxide, which is emitted during agricultural and industrial activities as well as from fossil fuels.

Simply being carbon neutral would not stop global warming because these other gases are also harmful to the atmosphere.

Perhaps an even better term would be “climate neutral”.

Glasgow was the location of Scotland’s first low emission zone (LEZ), which intends to phase out the dirtiest buses from the city centre over five years.

The UK’s largest onshore wind farm, Whitelee, which is owned by Scottish Power, is on the outskirts of the city.

The focus is now expected to turn other parts of the city’s economy that can be decarbonised, such as transport and heating.

Among the issues they are expected to tackle is that of electric vehicle charging.

More than 70% of the city’s residents living in flats are unable to charge electric cars as they have no off-street parking.

Scottish Power says it is planning a charging system where people can rapidly charge their vehicles away from home – at work or at public charging locations.

Sites for these locations are being assessed and the scheme could become a template for other UK cities facing similar problems.

Scottish Power chief executive Keith Anderson says Scotland was right to put itself at the front of the race to become net-zero.

“It is our hope that this declaration kick starts a race to zero with other ambitious cities, like Edinburgh, because then we will all be winners,” he will tell the All Energy Conference in Glasgow later.

“The prize is the future of our country and our planet.”

But he will say that the target will not be met if “we keep inventing ways to block new renewable capacity”.

“Onshore wind in particular has suffered as a consequence and the time has come for a fundamental rethink.

“We’ve been able to compensate to some extent by racing ahead with large offshore wind projects, but quadrupling capacity can’t rely on putting all our eggs in one renewable basket.

“We’ve said very clearly we will aim to invest £6 billion in renewable capacity by 2022. The easier it is to do this, the quicker we all get to net-zero.”

All of the electricity Scottish Power generates for its customers comes from nearly 40 onshore and offshore wind farms across the UK.

The announcement was welcomed by First Minister Nicola Sturgeon.

“Reaching our goals will need exactly this kind of partnership approach – with Government, business, local authorities and citizens all playing their part.” 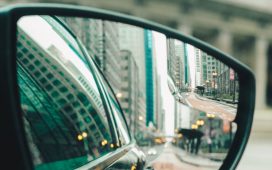 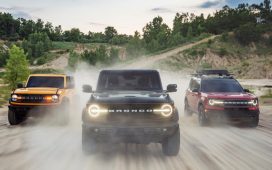