Glasgow has jumped up the rankings to leapfrog Edinburgh as a leading British tech destination. However, both Scottish cities occupy second and third spot in the influential Tech Cities report from CBRE.

Following an inaugural CBRE study in 2017, and using the same methodology to compare 65 cities throughout the UK, the new report provides an update on the top 25 locations for companies in the tech sector.

Manchester remains in first position with Glasgow second and Edinburgh retaining its third spot. Leeds, Cardiff, Birmingham and Belfast are all rising in the listing, and are snapping at the heels of the two Scottish high fliers.

Commentators suggest that the proximity between Edinburgh and Glasgow, rather than the competitive distance, is helping both cities, with many in the tech and creative industries happy to live in Glasgow and work in Edinburgh, or vice versa.

CBRE Scotland chairman Doug Smith said: “The fact that Scotland’s two principal cities are ranked so highly in the UK outside London is an incredibly positive story. The digital tech sector added £14 billion to the UK economy in 2018, up 8% since 2016, and the sector is growing three times faster than the rest of the economy. The creative industries sector – which encompasses businesses from tech to media and telecoms – is therefore fundamental to the future success of Scotland.”

Councillor Susan Aitken, leader of Glasgow City Council, said: “Glasgow’s reputation as an innovative, forward thinking, thriving and progressive city is firmly established.  Our commitment is for Glasgow to be sector leading in a number of growth industries – including the digital and tech sectors – and we are delighted that our city has moved up the rankings in this year’s CBRE report. Next year I want Glasgow to be top of the list!”

Councillor Adam McVey, leader of City of Edinburgh Council, said: “This is a very positive report and we are delighted to see Edinburgh (and Glasgow) leading the way. But we are not complacent. We know that challenges to growth remain, in particular creating the flexible scale up space the tech sector needs. Edinburgh has set out bold ambitions to be the Data Capital of Europe. With partners such as our universities, Codebase, and companies at all scales, the future is a very exciting one for tech in the Capital.”

Scottish Government Minister for Public Finance and Digital Economy, Kate Forbes MSP, said: “It is great to see Glasgow and Edinburgh once again recognised as powerful twin centres for tech investment in the UK. With only 45 minutes between these two complementary cities, they have rightly established themselves at the vanguard of gaming, cloud computing, biotech, cyber security and data-led solutions. Their combined strength in universities, research and talent markets should see them stay at the peak of this CBRE index for years to come.

“The Scottish Government and our enterprise and skills agencies will continue to do all we can to support these cities and the companies who choose them to remain at the cutting edge of digital development.”

Factors contributing to the very strong rankings scored by both Glasgow and Edinburgh are highlighted in the report.  These include high concentrations of tech businesses and tech professionals, generational diversity and a strong creative arts legacy. The two cities are also advantaged by high levels of educational attainment and access to a number of world-class universities, with strong research and computer science degree rankings.

Key findings include: For computer science degrees, Glasgow ranks joint first with Manchester and Edinburgh is very high too, in fifth position

Both cities have a large ratio of millennials (Edinburgh 28.5% and Glasgow 24.2% of the population) and a high proportion of the population qualified to NVQ 4 or above (Glasgow ranks third and Edinburgh fifth out of 65).

CBRE Group, Inc, a Fortune 500 and S&P 500 company headquartered in Los Angeles, is the world’s largest commercial real estate services and investment firm, based on 2018 revenue. 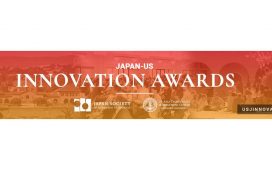 Arm plans to spin off IoT businesses under Softbank banner, as it focuses on core chip design business – TechCrunch