Glendale officials are moving forward with plans to launch a local tech accelerator intended to help grow regional startups with a $1 million state grant by the end of the year.

Currently, the city is seeking an operator to run the accelerator that would offer mentoring, networking, marketing assistance, investment opportunities and other services to early-stage tech companies seeking to progress to the “next level,” according to Jennifer Hiramoto, Glendale’s deputy director of community development.

As envisioned, companies would compete for one of 10 spots in short-term cohort programs lasting up to four months. The intent is to run at least two cohort programs a year, according to a city report.

A request for proposals from potential operators will be released Jan. 15, with a deadline of March 11, following approval by City Council in early December.

Glendale’s city staff will then vet the applicants and likely make a recommendation to the council in April, Hiramoto said.

“I see this as an immense opportunity for so many reasons — to grow talent, to create jobs, to generate revenue — I mean we could just go on and on,” Councilwoman Paula Devine said during the December meeting.

Glendale might not be considered a tech hotbed on par with San Francisco’s Silicon Valley or Santa Monica’s Silicon Beach, but its tech and startup ecosystems have grown in the last four years, according to Cecila Estolano, chief executive of Estolano Advisors.

In 2016, Estalano Advisors was hired by the city to create a road map for the city’s tech sector.

“The folks who get these startups going and scaled tend to be problem solvers and creative, and we want them to put down stakes in Glendale,” Estolano told council members at the December meeting.

“We have many of them starting here in Glendale and we want to keep them in Glendale,” she added.

In 2015, a company helmed by two Glendale natives that provides software for plumbers, electricians and other home-service technicians, landed its first major round of investment. Now ServiceTitan is valued at $1.65 billion.

The company, which has kept its headquarters in Glendale, is often touted as an example of what the city’s tech community is capable of.

The sector has also made global gains, according to a report presented by Estolano. Between 2016 and now, the city gained 162 tech-related companies. Glendale’s Tech Week attendance jumped eleven-fold during the same time period, from 500 to 5,500 people.

According to Estolano, startups born in Glendale sometimes have to leave the city to access the services and resources they need to grow. The hope is that an accelerator would allow those companies to stay put while possibly enticing others to see what Glendale has to offer.

“Once they see and feel that energy, it will be contagious and they won’t be able to help but stay here,” Hiramoto said, pointing to the city’s office and manufacturing spaces and food options.

This isn’t Glendale’s first attempt to launch an accelerator. In 2018, the city put out a call for proposals from operators but weren’t impressed with the results and put the project on hold, Hiramoto said.

The financial terms were different then. At the time, operators were offered $150,000 over a three-year period with the condition that they match the funds 2-1.

This past June, the project was given new life when state Sen. Anthony Portantino (D-La Cañada) helped secure $1 million in the state’s $215-billion budget for the initiative.

As currently envisioned, the operator would be given $1 million over three years for operational costs if certain conditions are met. After that, the expectation is that the accelerator will become self-sufficient, although Hiramoto said they weren’t averse to investing more funds if they become available.

As part of the deal, the city is offering the selected operator free rent for three years at a retail space it owns at 250 N. Orange Street. That equates to $50,000 a year, or $150,000 over the entire period, Hiramoto said.

Glendale officials are shooting to complete a contract with an operator by June.

Support our coverage by becoming a digital subscriber. 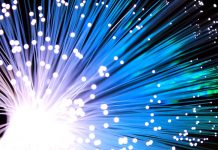 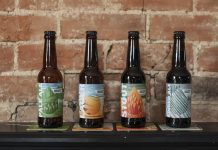 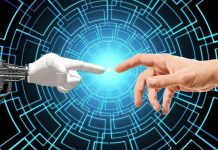 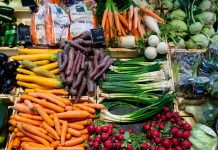 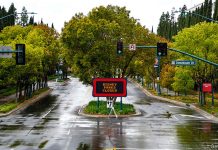 How a California startup aims to prove it could launch orbital rockets on a...