Global manufacturing activity stabilized last month, though difficulties in sourcing components persist and the sector must now grapple with the challenge posed by the omicron variant of the coronavirus.

In the euro area, where soaring inflation is adding to the renewed pandemic risks, the main factory gauge ended a four-month slowdown from June’s record expansion to reach 58.4, according to a final IHS Markit survey of purchasing managers Wednesday. But it warned that severe supply-related constraints continued to hinder operations across the region.

Activity in Asia benefited from an easing of lockdown and border restrictions, separate surveys showed. A day earlier, figures showed China’s factory activity improved in November as the impact of a power crunch subsided and more working days in the month helped boost output.

Europe’s positive headline number was somewhat overshadowed by other trends within the data, according to Chris Williamson, chief business economist at IHS Markit.

“A strong headline PMI reading masks just how tough business conditions are for manufacturers at the moment,” he said. “Although demand remains strong, as witnessed by a further solid improvement in new order inflows, supply chains continue to deteriorate at a worrying rate.”

Input shortages have restricted production growth so far in the fourth quarter to the weakest seen in the past year and a half, he said.

Factories across Southeast Asia had been on a recovery path as loosened movement restrictions allowed output to catch up before the crucial year-end holiday season.

Malaysia, Vietnam and the Philippines all saw rises in their PMIs, while Thailand’s saw a slight decline to 50.6, though still above the 50 reading that separates expansion from contraction. India’s PMI increased to 57.6 — the highest reading since January.

In northern Asia, manufacturing activity in Taiwan and trade bellwether South Korea held in expansionary territory, while Japan’s PMI rose to 54.5, its highest since January 2018.

Meanwhile, separate data from South Korea out Wednesday showed exports last month rose more than expected and are headed for an annual record, suggesting global trade is continuing to recover.

China’s official manufacturing PMI increased to 50.1, the first time in three months it exceeded the 50 mark. The non-manufacturing gauge, which measures activity in the construction and services sectors, fell slightly to 52.3.

But it’s news of the latest Covid-19 variant, omicron, that perhaps presents the biggest headwind. The new strain is seen as a potential threat to industrial production across the world after the delta variant forced factories to shut and further snarled supply chains. 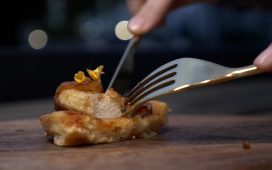 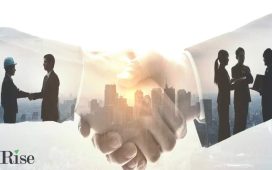