Donald Trump threatening to reignite the US-China trade war in reaction to coronavirus has triggered a sell-off in global financial markets, as the economic costs of the pandemic continue to mount.

Against a backdrop of rising tension between the world’s two biggest economic superpowers, share prices resumed a downward slide on Friday with the FTSE 100 falling by 144 points, or 2.5%, in London.

Selling pressure resumed on Wall Street after recording gradual gains in recent weeks amid rising hopes a turning point had been reached for the coronavirus crisis. As fears over the economic costs from the disease mount and as the White House ramped up the threat of a renewed trade conflict with Beijing, the Dow Jones Industrial Average fell by more than 2% in afternoon trading in New York.

Stock prices fell sharply in Japan, with the Nikkei index of leading Japanese company shares sliding by more than 500 points, or 2.8%. Markets in China, Hong Kong and South Korea were closed for public holidays.

Despite world leaders starting to outline plans to lift lockdown measures more than a month on from the depths of the crisis, the economic fallout from tight controls on social and business activity during the Covid-19 outbreak are now becoming increasingly clear.

Faced with a deep recession in an election year, Trump escalated his attack on Beijing by announcing he had seen evidence showing the virus originated in a Chinese laboratory. The US president is increasingly making China’s handling of the pandemic a major issue ahead of his November re-election campaign.

Reports suggested the White House is crafting renewed import tariffs that would be applied to Chinese imports in retaliation, in a major escalation of the trade standoff.

The US and China had signed the first phase of a trade deal earlier this year to deescalate trade tensions between Washington and Beijing that had damaged global growth last year and sapped business investment around the world.

However, progress has been derailed at the onset of a blame game over Covid-19 as the number of infections around the world climbs, with the US recording the highest official death toll of any country so far.

Analysts warned a renewed US-China trade conflict, as the world heads for the worst recession since the Great Depression in the 1930s, could inflict additional damage for jobs and growth.

Brad Bechtel, of the US bank Jefferies, said: “It seems that as we start to unwind lockdown measures and head back into election season the Trump administration will amp up the blame game rhetoric further alienating China.”

As the economic costs from the coronavirus mount, unemployment in the US has surged by more than 30 million in the past six weeks. US growth figures this week showed that the American economy contracted by 4.8% in the first three months of the year, the sharpest decline since 2008.

Major companies issued a barrage of negative updates on Friday as businesses around the world count the financial costs of lockdown. Against a backdrop of plunging oil prices as demand for crude evaporates with economic activity in developed countries close to a standstill, the US oil company ExxonMobil said it had lost money for the first time in three decades.

In Britain Royal Bank of Scotland took an £800m profit hit because of the pandemic’s economic effects, while Ryanair said it was planning to cut 3,000 jobs and reduce staff pay by up to a fifth in response to the crisis.

Chris Iggo, of the investment management firm Axa, said recovery momentum in financial markets over recent weeks was fading amid the growing realisation that exiting lockdown measures would be difficult.

“There is lots to ponder about how we emerge from lockdown … Social distancing and a high level of focus on health will remain features of our lives for some time to come.” 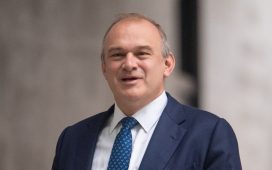 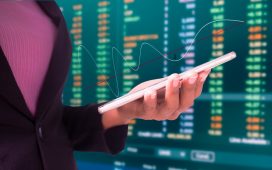 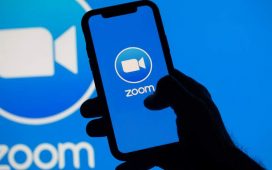