US and European stocks partially recovered on Monday after news of the Omicron coronavirus variant triggered a sharp sell-off late last week, as investors settled in for a renewed period of uncertainty over the pandemic.

Wall Street’s benchmark S&P 500 index gained 1.6 per cent in mid-afternoon trading, after falling 2.3 per cent in a truncated trading session on Friday.

Technology stocks — which were some of the biggest winners during earlier phases of the pandemic — drove the gains again on Monday, and the tech-heavy Nasdaq Composite index rose 2.1 per cent.

Analysts cautioned that markets would remain volatile, however, as investors awaited more information on the potential of the new variant to alter the path of economic growth. Both the S&P 500 and Stoxx 600 had hit record highs earlier this month before falling last week.

“Over the course of this year we’ve had an impressive equity rally, with constant new highs printed, so when we have had pullbacks there’s been money on the sidelines to buy the dip,” said Paul Leech, co-head of global equities at Barclays.

“But markets over the next week or two are going to continue to be volatile and trade on headlines around vaccine efficacy and symptoms relating to the new [coronavirus] variant.”

Brent crude, the international oil benchmark, rose 2.1 per cent to $74.20 a barrel, having lost more than 10 per cent on Friday in its largest fall since April 2020.

The yield on the US benchmark 10-year Treasury note rose 0.06 percentage points to about 1.53 per cent after falling the most since March 2020 on Friday, as traders backed out of the “haven” asset.

The euro fell 0.4 per cent against the dollar to $1.127 after nations across the EU issued travel restrictions.

The Vix, a measure of expected volatility of the S&P 500, declined from its highest level since March but remained slightly elevated at a reading of 22. Its average over the long run is about 20. 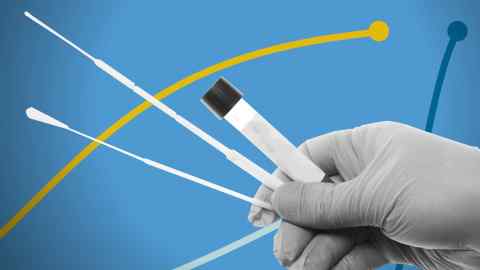 Scientists believe Omicron might be more transmissible than the highly infectious Delta variant and that it carries mutations that could make it resistant to vaccines.

“The step change we are waiting for is what vaccine manufacturers say,” said Sunil Krishnan, head of multi-asset funds at Aviva Investors.

“The two things that matter are how quickly does this spread compared to other variants and is it any good at escaping immunity,” he added. “Until we know we will be living with a high degree of speculation.”

The World Health Organization said on Monday that the global risk from the Omicron variant was “very high”. The chief executive of drugmaker Moderna also told CNBC it could take weeks to establish how effective existing vaccines were against the variant.

Asian stock markets remained under pressure. Japan on Monday announced a ban on foreign citizens entering the country, reversing a three-week-old relaxation of its rules. The Topix in Tokyo closed 1.8 per cent lower and Hong Kong’s Hang Seng index fell 0.9 per cent.

This article has been amended to correct the euro-dollar exchange rate.

Robert Armstrong dissects the most important market trends and discusses how Wall Street’s best minds respond to them. Sign up here to get the newsletter sent straight to your inbox every weekday. 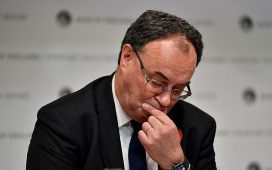 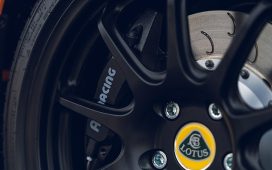 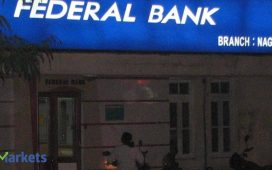 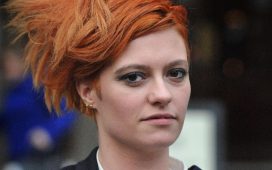 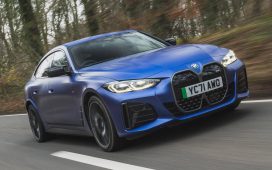