Good news for NYC renters? This is where you can find more options 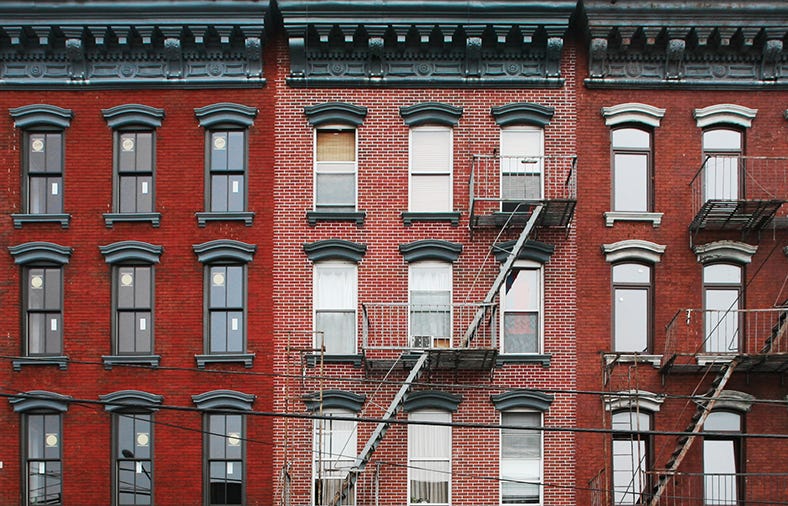 After months of zooming rental prices and bidding wars amid scant inventory, would-be New York City tenants might finally have some good news.

In May, rental inventory levels rose in a couple of the city’s boroughs, Manhattan and Brooklyn, with Manhattan seeing a 33.5% increase since December 2021 when only 10,433 rental units were available in the borough, according to a new report from StreetEasy.

In Brooklyn, inventory rose by 10% compared to February when 8,719 units were available.

While steadily increasing, the inventory levels are still significantly lower than pre-pandemic levels. For instance, in May 2019, Manhattan inventory stood at 21,881 rental units compared to 13,933 this May.

Downtown Manhattan neighborhoods, which tend to be pricier, are seeing the largest surges in inventory.

In April, there were 4,090 units available in neighborhoods such as SoHo, Battery Park City, West Village and Flatiron, and in May, that number rose to 4,928. The East Village has seen a particularly significant increase in rental inventory, up 32% from 798 rentals in April to 1,054 available in May.

During the height of the pandemic as New Yorkers left the city for more space, the total inventory of empty apartments ballooned to 75,760.

Pandemic deals and landlord concessions soon followed, and rental prices fell by as much as 20%. However, once vaccinations were available and people started moving back to the city, rents skyrocketed to an unprecedented level.

Anthony Flores, a real estate agent with Casa Blanca brokerage who works in Manhattan and Brooklyn, says as the pandemic-era discounts began drying up, some renters could not renew their leases.

“Many of them got great deals, with discounts of often two, three months off. Those people can no longer afford those apartments,” says Flores. “And the people who had moved out now want to return to those spaces and are willing to pay the high rents.”

Flores says there are also apartments that were undergoing rehabilitation during the pandemic that are now coming on the market.

“Because of supply chain issues, many of those apartments took a long time to complete. But now, they are becoming available,” he says.

RENT: Apartment hunting? Here are the 10 cheapest cities for renters

In May, the citywide median asking rent reached a record high at $3,349, a 34% increase from the near record lows seen last year during the height of the pandemic.

In Manhattan, median rent surged 25.2% annually rising to $4,000, reaching the threshold for the first time, according to the Douglas Elliman Real Estate report.

“I really do think it’s a price thing. People are responding to just how much rents have gone up in Manhattan,” says Zillow senior economist Josh Clark. “People who are just coming out of a lease right now probably got a pretty good deal and hadn’t really seen the competitive environment that started to develop last summer and is still continuing.”

Clark believes renters are making moves within the city, moving away from expensive neighborhoods to more affordable areas and boroughs.

The rising inventory is a sign that prices will eventually stabilize, says Clark.

“I do not expect rental prices to come down, but the rate of increase will slow down,” he says.

Swapna Venugopal Ramaswamy is a housing and economy correspondent for USA TODAY.  You can follow her on Twitter @SwapnaVenugopal and sign up for our Daily Money newsletter here