I started [working at HCL] at the end of June [2018]. Initially, it seemed like a pretty good job. The starting salary was a little bit low, but the recruiter told me not to worry about that, because we would get raises based on performance every year. Then I started talking to people.

I found out the raises were less than 1%, so that put a damper on things. Full-time Google employees make insane money, especially for Pittsburgh. They make upper six figures. As an HCL contractor, I make $40,000 a year. Some people make less than I do. On my team, the highest-paid person makes around $70,000. I’m not destitute by any means. But if the transmission goes on the car the same week that I have a leak in the roof, it would be extremely tough for me.

The day-to-day isn’t too bad, we’re in Google’s office so there’s all kinds of cool shit everywhere, and the food’s free. But we only have 10 days of paid time off [PTO] a year. There’s a couple of days every year when the office isn’t open and we have to use our PTO for it because there are Google holidays that [HCL] doesn’t recognize. So that was frustrating.

I have a kid and I’m a single parent. My daughter is 12 and her mother died the first week I started work. I have had full custody for a while, but it was a surprise, and it was devastating for my kid. Suddenly, I had this new job and my daughter needs me around more and I was no longer getting child support. I just wanted to be there for my daughter physically. I asked my boss if I could work from home—if they could arrange a couple of days a week—and I wasn’t able to do that.

I’d only been there a couple of months when I thought, this is ridiculous. I was thinking about unionizing and did some research. The Steelworkers Union has its international headquarters right downtown and has organized a lot of different sectors, so it seemed like a good fit. Myself and my [two] friends were the first three people on the organizing committee. There were a lot of one-on-one conversations with our co-workers. If people weren’t initially super receptive, we moved on and focused on the people who were really ready to do it. We filed cards in early September; it took about seven months to get all the cards signed.

“This has been one of the most worthwhile things that I’ve ever done.”

I was pretty scared that I could lose my job. We were all super cautious for that reason. But it was exciting, too. It was empowering. We were finally doing something about all the inequality at work and it felt good.

Once the union-busting started, it was extremely stressful. HCL hired someone to speak to us about “the other side of unions.” Obviously it was biased. He told everyone a bunch of lies about how the union was going to come in and take all their money. It drove a wedge between the nonunion people at work and those in favor of it.

When it came time to vote, I knew our numbers were pretty good, but I was worried. How am I going to go back to work after I’ve spent nine months organizing and then get my heart broken? In the end, we won 49 to 24. That felt great, it felt fantastic. I felt a lot of relief.

Right now, we’re in negotiations. There’s still some discomfort, but the workforce has mostly come back together. Several people who were initially not in favor of a union are now on the bargaining committee.

I think organizing is good for everyone that has a boss, basically. You can secure the good things about your job and get improvements if you feel you need them. Hopefully, we’ll get a good contract and set an example and more people will follow suit. Since we’ve unionized, I’ve heard from workers at other companies who want to do the same thing. I’m definitely hopeful. This has been one of the most worthwhile things that I’ve ever done.
— Interview by Andy Wright

Apps like Uber and Lyft built business models around classifying workers as independent contractors. As a result, drivers are not protected by the laws that shield employees from discrimination and sexual harassment, abusively low wages, or retribution for forming a union. Several groups of app-based workers have come together to advocate for better work conditions and, in some cases, support new legislation that would make them employees.

The Mobile Workers Alliance is one of those groups. In August 2020, MWA hosted a three-day caravan in support of legislation that would make it more difficult to classify them as independent contractors. They began the drive in Los Angeles, picking up more cars as they made their way to a protest in front of Uber’s headquarters in San Francisco and then to the state capital in Sacramento. Presidential candidate Bernie Sanders shared his support for the group on Facebook, and presidential candidate Pete Buttigieg joined the San Francisco protest, saying in a speech that “gig is another word for job, which means if you’re working a gig, that makes you a worker, and you ought to be protected as a worker.”

I’ve been driving for Uber for about three-and-a-half years now. Before that, I had my own little business. I initially found that driving — first for Lyft and then Uber — was fun for me, and that is why I started.

Three-and-a-half years ago the situation was completely different. But then these companies began cutting our rates, changing their apps, and making things much more complicated for drivers. What I hated most was the unfairness. A lot of lies, tricks, and manipulation. Now, I feel oppressed, I feel exploited, and that is why we are fighting.

Before I transferred to Uber, I drove for Lyft and was deactivated. The reason being, I had to go to the washroom, so I made a stop at a 7-Eleven, parked my car, and went inside. When I got out, there was an individual blocking me, so I told them to move aside. He said, “yes,” and when I started pulling back, he didn’t. He kind of returned to the same position and I touched him just a little bit.

He got out of the car and he started yelling at me: “You touched my car. Look at this.” So, we started [exchanging] personal information, and he tells me, “I forgot my ID. It’s in my friend’s apartment.” The guy told me directly in my face, “If you don’t pay me $500, I’ll call Lyft and report you. They will pay it to me.”

By the next morning, I was deactivated. I called Lyft and explained the whole thing to them, and told them it was not fair. They just insisted that the man was right and I was wrong.

About a year ago, I was approached by someone who spoke to me about uniting as drivers — starting an organization that will fight against these issues. So in February 2019, I joined the Mobile Workers Alliance. We were a small group of people then, and now I feel so proud to say that we are more than 20,000 drivers who have the support of politicians. Everyone is with us. We have the support of the union, Local 721 here in Los Angeles, which is working very hard with us. We didn’t have a voice or power, but things are looking different. I feel very confident that drivers in the United States are becoming aware and that is going to change things.

We want riders to support our movement, to join us in one voice and work together in changing the situation against Uber and Lyft. It’s going to happen — I believe that. Riders want to know everything about AB5, and I explain to them that there is a big difference between the work we do and the classification we receive, which is not right. When I explain this to the passenger, they understand.

We are not asking for extreme things. We just want $15 per hour and $15 to pay the cost of using our car, maintenance, and everything else that we have to spend. That is what we’re fighting for. Why don’t they just sit down and negotiate with us so we can work together? Instead, they have found the structure to make exploitation legal. They’re not giving workers the right to be respected or to work with dignity: to have benefits like health, dental, vacation, and all that we deserve.

We are the ones making the money that these people are enjoying now. It’s completely selfish when you’re just giving peanuts to your drivers. I mean that is not fair in any part of the world. It’s simply not fair and it has to change.
— Interview by Sarah Emerson

In October 2019, employees at Seattle-based data visualization company Tableau walked off the job, writing in a statement on Medium that they were opposed to the use of the company’s software by Customs and Border Protection and ICE. Tableau employees were one of several groups of tech workers — including those at Microsoft and Google — who petitioned their companies to end or avoid contracts with these government agencies after the Trump administration began enforcing a“zero tolerance” policy at the Southwest border. It was this policy that resulted in children being separated from their parents.

James Baker says that after internal campaigns went nowhere, he and other employees decided to take a public stand. They hoped that they could “inspire employees at other companies the way we have been inspired by others.”

Poll: How secure is your job? – Opinion – Enterprise News 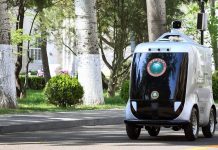 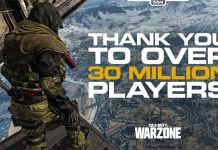 Nielsen: 39% of U.S. gamers are spending more money on the hobby 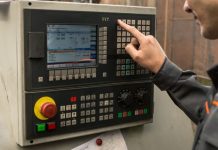 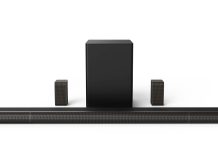 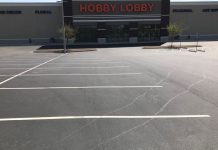 “Why are Hobby Lobby and Michaels stores staying open?” – WLOS