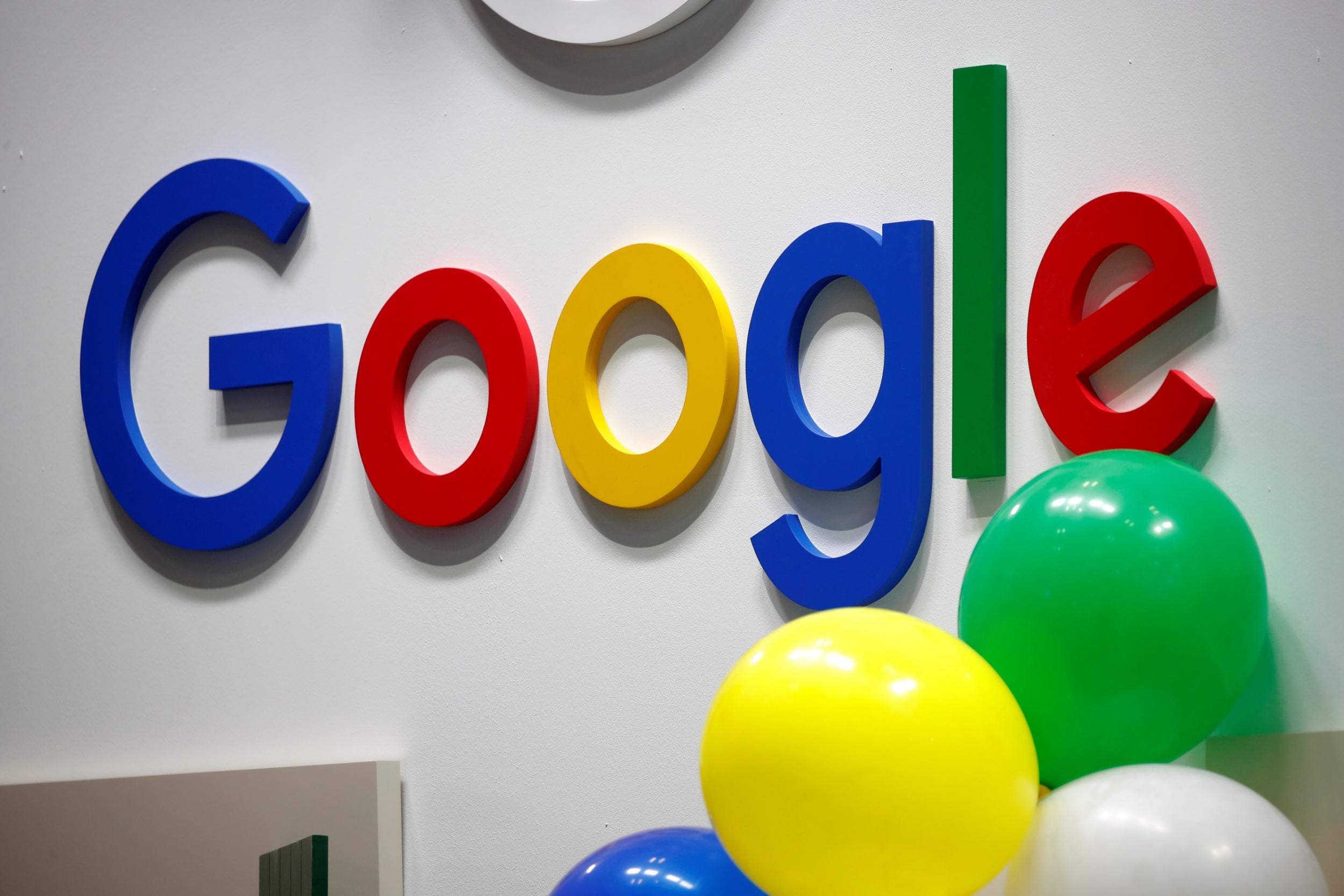 Google’s parent company Alphabet has hit a $1 trillion valuation, making it the fourth firm ever to surpass the milestone after Apple, Microsoft and Amazon.

Alphabet become a trillion-dollar company just before the close of trading on Thursday when its share price soared to $1,450.16 with analysts forecasting that it could go higher still.

The company’s shares jumped 30 per cent last year and 17 per cent in the last three months alone.

Google’s strong gains have come as it has consolidated its dominance of the online advertising market and expanded its cloud computing business, muscling in territory that Amazon considers its own.

Amazon fell out of the $1 trillion club shortly after joining when its streak of record profits came to an end in July.

“It still has significant further room to grow, both in its core online advertising business as it innovates in advertising monetisation and formats and in its cloud computing business,” said Christopher Rossbach, of private investment firm J. Stern & Co.

“Alphabet is laying the foundations for a much larger company as it is the unequivocal leader in artificial intelligence and machine learning.

“It is also disrupting new multi-trillion dollar markets, for example healthcare, with this technology.  Its sizeable investments give Alphabet a sustainable competitive advantage as it applies this technology across its business.”

Some market watchers have even forecast that Alphabet will hit $2 trillion, a landmark that only Saudi Arabia’s state-owned oil company Aramco has so far achieved.

But there are also concerns about Alphabet’s opaque accounts. Google makes the vast majority of the group’s revenues, with the rest of its businesses accounted for together under a category Alphabet calls “Other bets”.

This includes potentially valuable businesses such as autonomous driving startup Waymo, but little information is published about how these companies are faring financially.

Google and other technology giants also face the prospect of stricter regulations on privacy, competition, taxation and extremist content.

Alphabet remains some way behind Apple’s $1.4 trillion valuation and Microsoft on $1.27 trillion.

The FT says farewell to its Southwark Bridge HQ

Bigger than the O2: giant greenhouses to grow 20 tonnes of tomatoes a day

Plunder of the Commons, by Guy Standing