There are already a lot of options out there, but the Google Pixel Buds are a pretty compelling purchase if you favour an Android device over an iPhone.

The basics are all as you would expect: the Pixel Buds come in a small case that doubles as a charger. They connect wirelessly to your phone over Bluetooth and you can tap, double tap and drag across the earpieces themselves to pause, skip and adjust volume on music.

They also work with the Google Assistant voice controls through a long-press on the side of the bud.

Launching with a price of £179, the Pixel Buds are competitively priced. Apple’s regular AirPods cost £159, but if you want the wirelessly-charging case you’re looking at £199.

The case for the Pixel Buds is a soft-touch matte plastic that charges mainly via USB-C but can be juiced up wirelessly on a Qi charging matt. In terms of looks, it’s somewhere between a pebble and a Tamagotchi.

The spring on the lid feels firm and the Pixel Buds slot into it with a nice magnetic click. There are two lights (one on the inside and one on the outside) to guide you on things like pairing and battery charging.

There’s also a button on the case that you push to go into pairing mode with non-Android devices. I tested the Pixel Buds out with a Google Pixel 4 and the phone picked them up automatically when they were brought nearby. Apple and Huawei do the same thing with their respective phones and the AirPods/FreeBuds and it makes things a lot simpler.

The Buds themselves are small and unobtrusive. They’re a bit like Mentos (the mint) with a tiny rubber guard sticking up on each one that helps them clip into your ears and stay there. I found taking them out for a run didn’t dislodge them from my lugholes – although obviously a vigorous head shake will send them flying. The Buds have been given an IPX4 water resistance rating. That means they’ll be protected against sweat and a few raindrops but not necessarily from a torrential downpour.

The good news is that they’re comfortable to wear for long periods. There’s a soft silicon tip and each earbud only weighs 5.3g. Having said that, the battery life will only last for around five hours – which isn’t long. I mean, it’s enough for a commute or a trip to the gym, but you can’t have these in all day and forget about them. Of course, you just need to return them to the charging case to juice up and Google says that you’ll get a further 19 hours from the case.

When it comes to sound, the Pixel Buds are really quite good. They don’t over-do the bass which I actually think works in their favour. You can hear the treble and the mid-range ring out without being consumed by the low-end. Some people may prefer a ‘heavier’ sound, but then you should probably be thinking about over-ear headphones. I could make out plenty of detail when listening through the Pixel Buds, whether it was twanging guitar or jumping synths or, in fact, the pound of a bass drum. Given these are such small and light headphones, the sound they produce is pretty impressive.

The sound is good, but the Pixel Buds don’t have noise-cancelling technology on board. You’ll find this option on the likes of the AirPods Pros or the Sony WF-1000XM3s and it works through an extra mic that picks up ambient noise for the headphones to analyse and run interference on. The lack of the feature means you’ll won’t entirely blot out the outside world while using the Pixel Buds. I didn’t find it a big problem or really notice it until I switched over to a pair of noise-cancelling buds.

An intriguing idea is that the Pixel Buds can offer real-time translation via the Google Translate app. If you’ve got it installed on a Pixel or any other phone running Android 6 or later you can activate it by saying ‘Hi Google, help me speak Spanish’ (or whichever language you want). You then tap the side of the bud and speak in your language to have it translated on the app. The other side can then speak into the phone to have it translated back into your ear. The feature did work for me but, to be honest, I found it easier to just run the same feature through the phone directly and not bother having it run through the Pixel Buds. It’s an idea that has a lot of potential but this really feels like a first step. Being able to do it without the phone as a middle man would be pretty spectacular.

The fact remains these are a great set of wireless earbuds if you’re an Android user. They’re not the best – there are other options that offer more battery, better sound and more waterproofing. The Jabra Elite 75t and Jaybird Vista are two that come to mind, for example. However, I feel Google has nailed the essentials here.

The AirPods aren’t the greatest, but they succeeded because they paired to easily and effortlessly with your iPhone allowing you to listen to music and make calls. And yeah, they sounded good enough.

The Pixel Buds are the same. The design (particularly of the case) and usability are fantastic, the implementation of the Google Assistant is really useful and the sound isn’t half bad either.

If you’re a Pixel user, these are a no-brainer and if you’re an Android user in general, these are about as close as you can come to a pair of Android AirPods.

‘Robocops’ deployed around the UK to battle cybercrime against small businesses 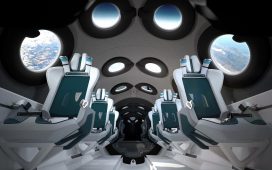