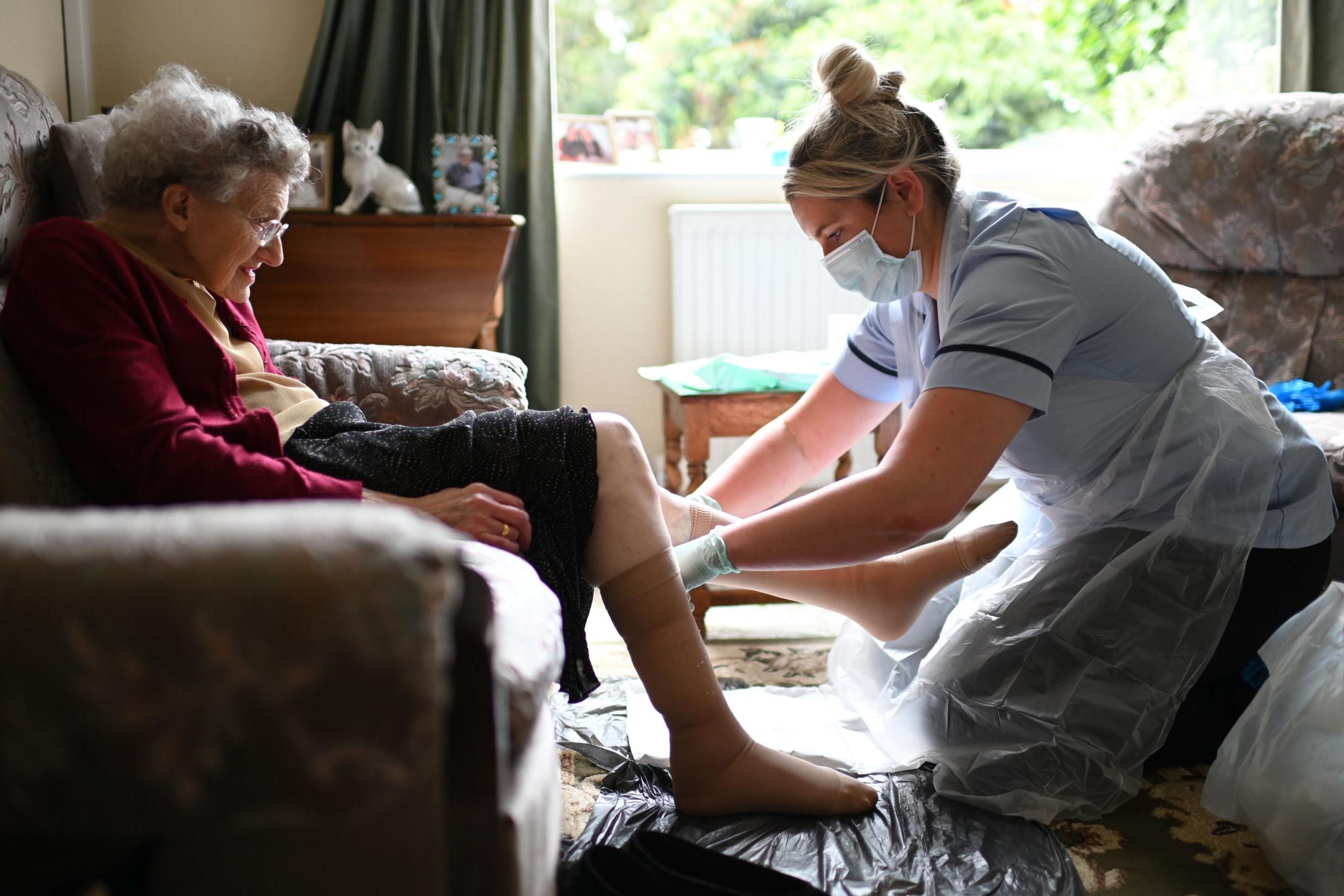 Care associations called for action to replace “lip service”, following a gruelling few months of coronavirus during which frontline care staff have “put themselves in harm’s way”.

The above-inflation pay rise announced by the Chancellor on Tuesday will see almost 900,000 public sectors workers benefit, including teachers and doctors, according to the Treasury.

These roles are covered by a separate three-year pay deal agreed in 2018 by the NHS staff council.

The NHS pay review body, which provides the Government with recommendations on the remuneration of NHS staff paid under the Agenda for Change scheme, has not been asked to make any recommendations while this agreement remains in place.

The Institute for Public Policy Research think tank said not including nurses and carers was “unforgivable” and an “unjustifiable snub”.

Dame Donna Kinnair, chief executive of the Royal College of Nursing, said it is not acceptable to make nurses wait a year, adding: “In this year, of all years, it is time to value these professionals and begin to fill the tens of thousands of vacant posts.”

But even for junior doctors, the 2% pay rise will mean the majority have seen their wages fall by between £500 and £850 in comparison to senior colleagues in just two years, the HCSA said.

The hospital doctors’ union said it will “land a damaging psychological blow on England’s lowest-paid doctors”.

And education unions warned that more experienced teachers may not stay in the profession after the Government said long-serving staff would receive lower rises.

Morale in the social care workforce will also be damaged by the announcement, with one care provider group calling it the latest “kick in the teeth”.

Mark Adams, chief executive of the social care charity Community Integrated Care, said it is a matter of “national shame” that social care workers have been on the frontline on minimum wage salaries.

He said: “Whilst investment in public sector workers is clearly welcome, it is bitterly disappointing that social care remains overlooked and ignored by Government.

“The persistent restrictions on social care funding means that this is by default a largely minimum wage sector.”

Health Secretary Matt Hancock said: “These past few months have been an incredibly challenging time for our NHS, and the resolve, professionalism and dedication of staff has been on show throughout.

“We are able to accept the recommendations of the independent pay review body for dentists and doctors.”