NEW DELHI: The government has reallocated unused export quota of 6,50,000 tonnes of sugar in the ongoing 2019-20 marketing year under the Maximum Admissible Export Quota (MAEQ) scheme, a senior Food Ministry official said on Monday. For the current year, the government has allowed export of 6 million tonnes of sugar under the quota to help deal with the surplus sugar.

Some of the mills have not been able to export their quota this year. Already, some mills have surrendered their export quota of 2,50,000 tonnes, said Subodh Singh, Joint Secretary in the Food Ministry.

“We have readjusted the entire quota based on a formula and reallocated a total of 6,50,000 tonnes for export,” said Singh.

Total sugar exports could reach 5 million tonnes in the current marketing year (October-September) on higher global demand, he told reporters on the sidelines of an event on ethanol.

India has exported 3.8 million tonne of sugar during 2018-19 marketing year against the mandatory quota of 5 million tonne.

On ethanol blending with petrol this year, the government official said the country will be able to achieve last year’s level of 5 per cent comprising 1.9 billion litres, while the policy has been for 10 per cent.

“It will be difficult this year as far as ethanol blending is concerned as sugarcane crop in Maharashtra has fallen substantially. However, we will manage 5 per cent blending in 2019-20 ,” Singh said.

Currently, the country has an ethanol production capacity of 355 crore litres against the requirement of 511 crore litres from oil marketing companies (OMCs).

To boost ethanol production, Singh said the government has approved 362 projects with an investment of Rs 18,600 crore for enhancing additional ethanol production capacity of 400 crore litres in the next two years.

This will take total ethanol production capacity to 755 crore litres, which will help the country achieve 20 per cent ethanol blending with petrol by 2030, he added.

According to industry body Indian Sugar Mills Association, the supply of 156 crore litres ethanol to OMCs has been finalised from the first tender floated in September 2019. The decision on the second tender floated in mid-January is still under the process. 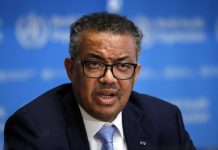 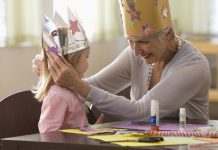 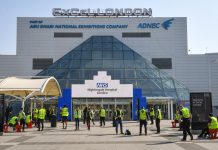 12 global companies evinced interest to shift base from China to India: Nirmala Sitharaman