Two-thirds of Greater Manchester residents have experienced hateful behaviour on the grounds of characteristics such as race, religion and gender, according to a report commissioned in the aftermath of the Manchester Arena bomb.

The report, commissioned by the region’s mayor, Andy Burnham, after the attack last year, asked an independent group of experts to consider how to tackle hateful extremism, social exclusion and radicalisation across Greater Manchester.

In a survey conducted for the report, 65% of respondents reported being a victim of hateful behaviour. Proportionately, hate crime based on ethnicity was the most frequently reported, with 33% of all respondents saying that they had experienced it. Of this group 16% said that they experienced hate crime related to their ethnicity on a “frequent” basis.

The report found that a third of people in the region did not think their local area was a place where people from different backgrounds got on together, and warned of “a dangerous perpetuating cycle of fear” about Prevent, the government’s anti-extremism programme, which “is negatively affecting cohesion in communities across Greater Manchester”.

It also found that the social and economic inequalities that exist across Greater Manchester were likely to have a negative effect on social cohesion and may have an impact on the risk of radicalisation. The region has some of the most deprived wards in the country just a few miles away from some of the most affluent.

In the weeks after the bombing at the Ariana Grande concert, despite widespread headlines about the “Greater Manchester spirit” and people getting matching tattoos of the Mancunian worker bee, Greater Manchester police reported a 130% rise in hate crime, including a 500% rise in Islamophobic hate crime. Questions were also asked how Salman Abedi, the 22-year-old suicide bomber who carried out the attack, had become so radicalised despite growing up in south Manchester and going to state school and college.

Abedi had not been referred to Prevent, though MI5 had received information about him on two separate occasions before the 22 May attack. The information was not acted on because the reports were believed to be of a criminal nature, and not related to terrorism.

The report blames reductions in public services for increasing isolation in communities. “Feedback suggests there is now little opportunity for people from both similar and different backgrounds to meet naturally and have conversations. This is likely to have exacerbated fear and suspicion of different communities,” the authors write.

The authors, who include Nazir Afzal, a former chief crown prosecutor for the north-west of England, commissioned a survey of 1,609 Greater Manchester residents to find out how they felt about their communities.

Asked “to what extent do you agree or disagree that your local area is a place where people from different backgrounds get on well together?”, 34% said they disagreed or strongly disagreed.

Thirty-two per cent of respondents said they had direct experience with people “spreading hate or extremist views”. Yet the research found many people did not feel comfortable reporting hate speech.

“The counter-terrorism hotline and 999/101 were seen as too formal, and people stated that they would not engage with these services unless they were sure their concerns were right, meaning valuable time may be lost to intervene if someone is being radicalised,” the authors write.

“Many people who had concerns about a friend or family member would not link their concerns to radicalisation and wanted someone that they could discuss their concerns with informally. People would be more willing to speak to local neighbourhood police officers, but due to funding cuts these teams are very much depleted.”

The report suggests more work needs to be done to disseminate the “positive work” being done by Prevent in communities “where high levels of distrust and suspicion of statutory agencies continues to exist … There is a dangerous perpetuating cycle of fear of Prevent and a lack of communication about Prevent that is negatively affecting cohesion in communities across Greater Manchester.”

Whole families should be involved in countering extremist ideology when it takes hold, the authors write. The report refers to “Ahmed”, a 13-year-old boy who was referred to Prevent after making complimentary remarks about the Arena bomber at school. Social workers found evidence of domestic violence at home and the family were referred to Greater Manchester’s Strive programme, which aims to raise awareness about how abusive behaviours can affect family members.

Responding to the report, Burnham said: “We live in polarised times when violent extremism is on the rise in all communities. As the commission concludes, it is families, friends and neighbours who are most likely to be the first to witness changes towards more extreme behaviour that might lead to violence. This is not about encouraging people to spy on each other but creating a greater understanding of the signs that indicate where behaviour has crossed the line and then making it easier to report.

“Of course, the primary responsibility for tackling terrorism will always lie with the police and security services. They have our full support and they have done great work since the attack to bring those responsible to justice and reassure our communities. But there is more that we can all do to help them. The more we adopt a ‘whole-society’ approach to tackling extremism, the more effective it will be.” 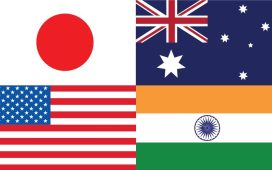 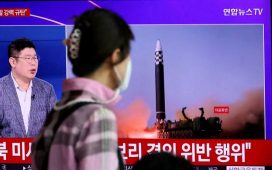 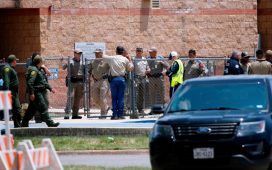