An amazing new detail arrives in the latest Half-Life: Alyx update: Bottles now have liquid in them.

Update 1.4 adds incredibly convincing liquid effects to the many, many bottles strewn along the streets of City 17. Some Valve developers have been showing the effect in action, with liquid that realistically sloshes around as you twist and turn bottles in your hand. Plus, when a significant portion of your game is set in a vodka distillery, it really helps add to the immersion.

It’s just a small detail but it adds a lot. We can’t help but wonder if Valve is planning other similar additions to the game in the months ahead. What would you want to see?

Elsewhere this update adds new features to the recently launched Workshop feature for modding. Plus there are some fixes for a few cases of crashing. Fans around the globe will also be happy to see official subtitles for Brazilian, Czech, Hungarian, Italian, Polish, Portuguese, Ukrainian and Vietnamese.

Alyx remains one of our favorite VR games of the year and a towering achievement in triple-A VR design. 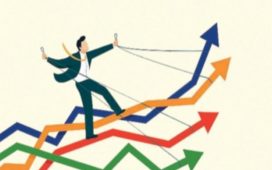