Hasbro CEO: Toys R Us debacle was 'a disruption and an interruption,' but we're past it


Toymaker Hasbro may have taken a harder-than-anticipated hit from Toys R Us’ store closures this quarter, but the problem shouldn’t linger in the year ahead, Chairman and CEO Brian Goldner told CNBC in a Monday interview.

“Brands that had been supported for years by Toys R Us clearly were impacted,” Goldner acknowledged on “Mad Money,” citing stalwart brands like Nerf that got dinged when Toys R Us gutted its store inventory.

But the first fiscal quarter of 2019 will be the last investors hear of the Toys R Us woes as Hasbro finally annualizes the last quarter in which it shipped Toys R Us product, the CEO told CNBC’s Jim Cramer.

“We see it as a disruption and an interruption in our growth, but as we go forward, we’re absolutely confident that we get back to the growth trajectory that we had been on over a number of years,” Goldner said.

Goldner reminded viewers that, from 2012 to 2017, Hasbro’s revenue grew by 5 percent, on average. Beyond that, the company delivered double-digit net earnings growth and expanded its operating margin, “all before the Toys R Us bankruptcy,” he said.

“The industry has been growing over the last number of years. Obviously, it went backward last year,” he said. “As we move forward, 2019 is all about growth and expansion of operating profit margin, new initiatives and innovations, an incredible entertainment slate led by our own brands.”

In the last year, Hasbro has been cleaning up its global inventories and bolstering its digital wares with a number of esports initiatives, including an online game based on Magic: The Gathering and partnerships with gaming sensations Fortnite and Overwatch.

“As we get into the fall, we’re going to have more proprietary innovation, and, frankly, innovations that we aren’t going to present quite as early as we used to” in the digital gaming arena, Goldner said, explaining that Hasbro wanted to ensure that it wasn’t sharing innovation “too early … because it’s a very competitive category.”

And when it comes to competition from fellow toymakers like Mattel, which caused a stir by outperforming on earnings this quarter versus Hasbro, the CEO simply said that his industry is “not a zero-sum game.”

“We’ve seen the industry grow,” Goldner said. “The projections are low to mid-single-digit growth. We’ve said we can grow mid-single digits as we move forward over time, and double-digit earnings are what we’ve been able to create, so we’re very excited about what we have, the lineup that we have, our partners at Disney, an amazing array of new initiatives coming from them and movies from Avengers into a new Star Wars and, of course, Frozen.”

Shares of Hasbro dipped slightly in Monday’s trading session, settling down 0.57 percent at $88.88. 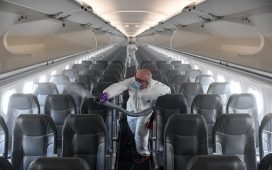 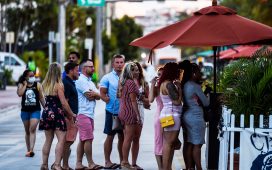