Coronavirus victims will be forcibly quarantined under new government powers as the health secretary today declared the outbreak a ‘serious and imminent threat’ to the British public.

The Department of Health said people infected with the virus will kept in quarantine for their own safety and forced into isolation if they pose a threat to public health.

Health Secretary Matt Hancock said that the new measures ‘are considered as an effective means of delaying or preventing further transmission of the virus.’

A spokesman for the DoH said this morning: ‘Our infection control procedures are world leading and the NHS is well prepared to deal with novel coronavirus.

‘We are strengthening our regulations so we can keep individuals in supported isolation for their own safety and if public health professionals consider they may be at risk of spreading the virus to other members of the public.

‘This measure will rightly make it easier for health professionals to help keep people safe across the country.’

It comes after a British man who caught coronavirus in Singapore appears to be linked to at least seven other confirmed cases in England, France and Spain. 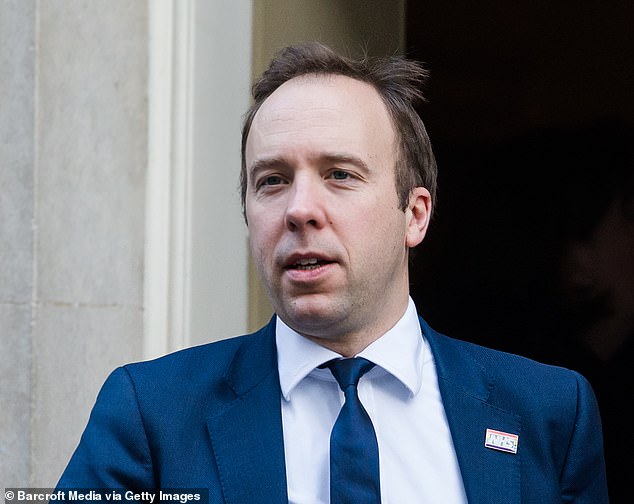 The announcement by Matt Hancock (pictured) gives the Government greater powers to fight the spread of the virus, with four confirmed cases in the UK 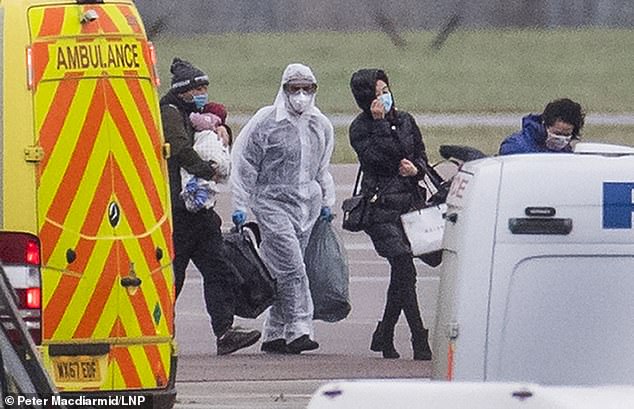 Passengers disembark from a charter flight carrying Britons evacuated from Wuhan , China after it arrived at RAF Brize Norton in Oxfordshire

Health officials are not confirming a link or giving detail on his relationship to the other people diagnosed with the illness, but he is reported to be a middle-aged British man and is understood to have been the first UK national to contract the disease.

There are now four confirmed cases of coronavirus in the UK, with this man having been the third to test positive.

A Department of Health statement said this morning: ‘The Secretary of State has made regulations to ensure that the public are protected as far as possible from the transmission of the virus.

‘The Secretary of State declares that the incidence or transmission of novel Coronavirus constitutes a serious and imminent threat to public health, and the measures outlined in these regulations are considered as an effective means of delaying or preventing further transmission of the virus.’ 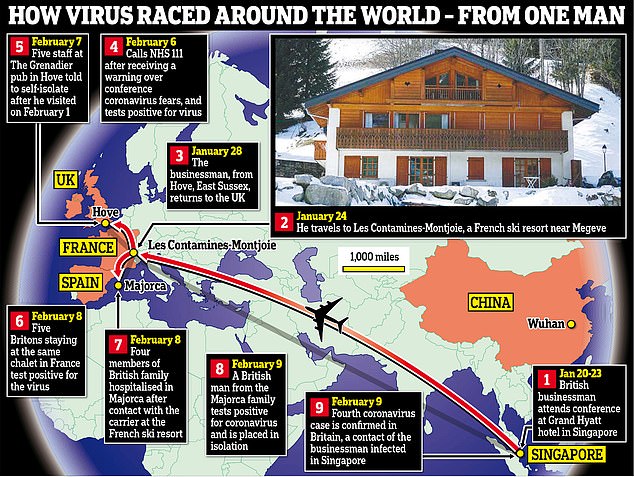 Mr Hancock has also designated Arrowe Park Hospital in the Wirral, and Kents Hill Park in Milton Keynes, where Britons evacuated from Wuhan have been transferred to, as ‘isolation’ facilities.

Wuhan and Hubei province, where the virus originated, have also been declared an ‘infected area’ by the health secretary.

The announcement comes as a British ‘super spreader’ is feared to have infected at least seven others with the coronavirus, prompting the emergency testing of hundreds of people on his flights, ski break and even his local pub.

The businessman is at the centre of a web of cases stretching across the UK, France and Spain after he apparently contracted the virus during a four-day trip to Singapore for a sales conference for gas analysis company Servomex.

The man in his fifties then jetted from south-east Asia to the Alps to ski in Les Contamines-Montjoie in late January where two more Britons became infected despite the ‘super spreader’ not having any cold or flu-like symptoms. 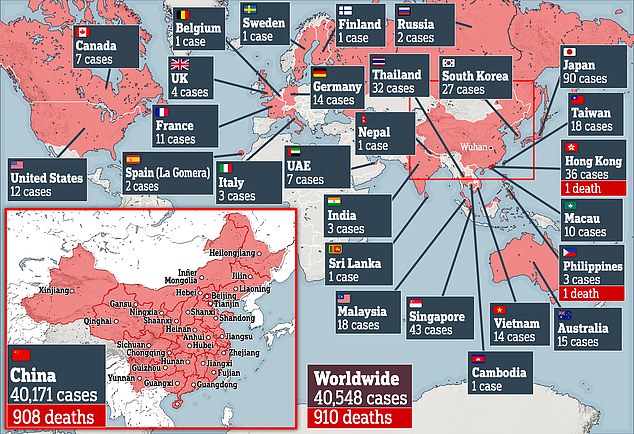 Britain’s health authorities have also contacted 183 passengers and six crew on an Easyjet flight then taken by the unnamed man from Geneva to London, warning that they could be infected.

Five staff at The Grenadier in Hove, his local pub, have been instructed to self-isolate for a fortnight after he went there for a pint on Saturday February 1.

And an East Sussex secondary schoolchild has also been told to stay at home for two week amid fears he came into contact with the so-called ‘super spreader’.

Officials have desperately tried to stop further spread with a cross-border hunt for all the hundreds of people he may have had contact with. 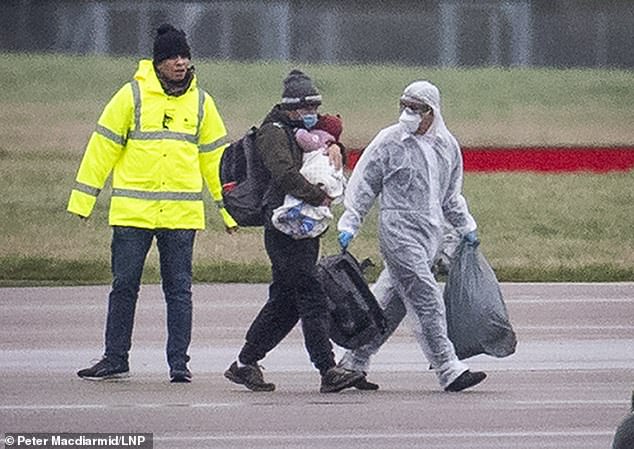 Passengers, including a baby, disembark from a charter flight carrying Brits evacuated from Wuhan, China after it arrived at RAF Brize Norton in Oxfordshire 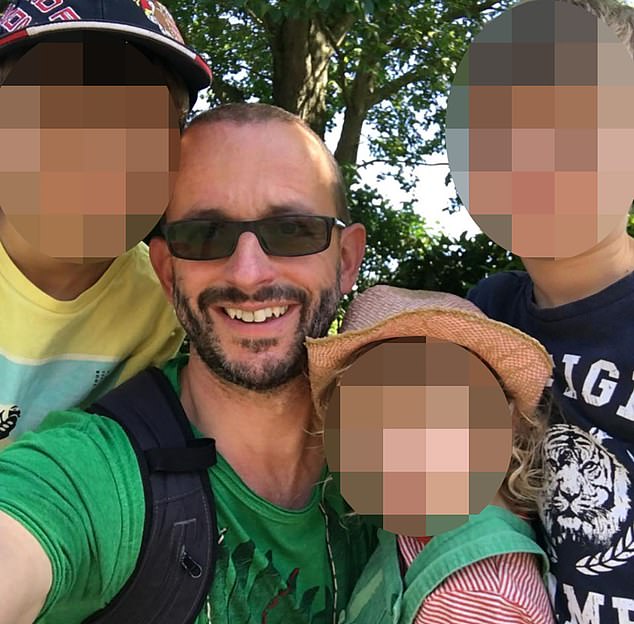 Environmental consultant Bob Saynor, 48, and his nine-year-old son have been named locally as being at the centre of the outbreak and are being treated in hospital

Today nine Britons have been confirmed to have the killer virus – five in France, one in Japan, one in Spain and two in the UK. Two others in the UK are ill, but they are believed to be Chinese nationals holidaying in Yorkshire.

More than 900 people have died and 37,000 have become infected since the outbreak began in the Chinese city of Wuhan, which has been placed in lockdown to curb the spread.

More than 100 Britons were placed in quarantine at a three-star hotel in Milton Keynes yesterday after another airlift from Wuhan.

Wearing masks and escorted by health staff in hazmat suits, the group flew from China to RAF Brize Norton in Oxfordshire.

Public Health England is under pressure to reveal where the so-called ‘super spreader’ had been and the full extent of the numbers under observation.

The task has been made more difficult because the patient, from Hove in East Sussex, interrupted his return from Singapore to Britain by taking a four-day break in the French Alps. 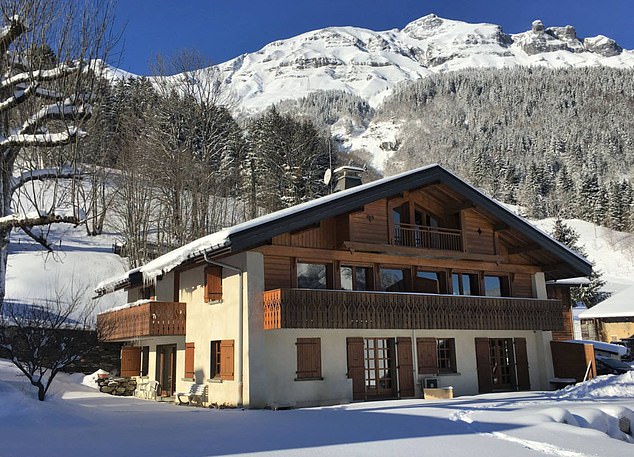 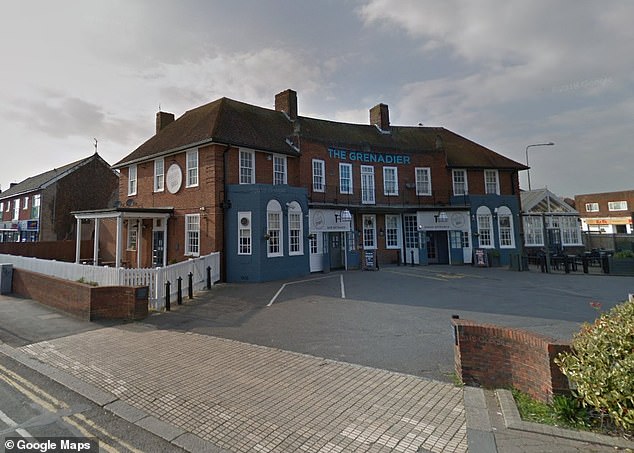 The middle-aged man contracted the virus during a conference at the Grand Hyatt hotel in Singapore organised by Servomex, a British gas analytics company, more than two weeks ago.

He then travelled to a ski chalet in Les Contamines-Montjoie, near Megeve, from January 24 to 28. He returned to Britain on an Easyjet flight on January 28 but fell ill after arriving in Britain.

Chief medical officer for England Professor Chris Whitty said the patient, who is being treated at the Royal Free Hospital in London, is ‘a known contact of a previously confirmed UK case, and the virus was passed on in France’.

Five staff at the Grenadier pub in Hove have been instructed to self-isolate after he visited for two hours on February 1. A school pupil in the area was also told to self-isolate during the investigation into the man’s movements.

Five Britons who shared the ski chalet with him were diagnosed over the weekend, and hundreds of residents of the picturesque town are now undergoing tests.

Authorities confirmed yesterday that a fourth case of coronavirus in the UK was also linked to the Hove businessman.

In addition, a British father-of-two who stayed in the ski resort tested positive after returning to his home in Majorca.

The five Britons who caught the virus in the Alps include the chalet’s owner, environmental consultant Bob Saynor, 48, and his nine-year-old son.

They are in hospital with three other Britons who were staying at the six-bedroom chalet.

Mr Saynor’s two other children and four Britons from another family are being kept in isolation at French hospitals as a precaution. His wife Catriona, a doctor, is reportedly in the UK.

The family is understood to have been living in the village for just three months after moving from Hove themselves, despite having bought the property several years ago. Mrs Saynor had left France by the time the investigation began and is under observation in a UK hospital. It is not clear if she was the fourth case diagnosed in Britain.

French officials have closed the 95-pupil primary school attended by the Saynors’ nine-year-old son, while a 200-pupil school in nearby Saint-Gervais he attended for one day last week will also be shut.

Nearly 100 people died of coronavirus yesterday on the deadliest day of the outbreak so far.

The death toll in mainland China rose by 97, taking the number of global fatalities to 910.

Another 3,062 cases were reported in China yesterday – an increase of 15 per cent compared to Saturday which put an end to a series of daily declines.

The latest surge in deaths is a setback to hopes that China’s drastic quarantine measures might be working.

The rise in China’s death toll comes as millions of people return to work today after an extended Lunar New Year holiday.

Roads in Beijing and Shanghai had significantly more traffic than in recent days and the city of Guangzhou was resuming normal public transport today.

However, the American Chamber of Commerce in Shanghai said 60 per cent of its member companies were planning mandatory work-from-home policies.

Tens of millions of people in Hubei province were not returning to work, as the province at the centre of the outbreak remained under lockdown.

China has built two hospitals for virus patients in Wuhan and sent thousands of extra doctors, nurses and other health care workers to the city of 1 million people. 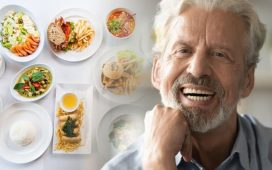 How to live longer: Cut down on this particular type of food to boost your life expectancy 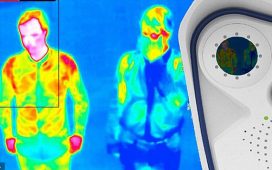 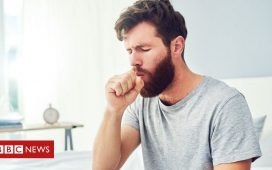 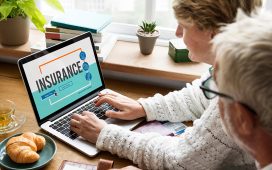