Heathrow has criticised the CAA’s decision that its landing fees should fall over the next few years.

CEO John Holland-Kaye said it will mean a worse experience for passengers:

“As the industry rebuilds, our focus is to work alongside airlines and their ground handlers to give passengers a reliable and consistent journey through Heathrow.

The CAA continues to underestimate what it takes to deliver a good passenger service, both in terms of the level of investment and operating costs required and the fair incentive needed for private investors to finance it. Uncorrected, these elements of the CAA’s proposal will only result in passengers getting a worse experience at Heathrow as investment in service dries up.

And he’s not given up changing the CAA’s mind, it seems:

“We will take time to assess the CAA’s proposal in more detail and will provide a further evidence-based response to this latest consultation. There is still time for the CAA to get this right with a plan that puts passengers first and encourages everyone in the industry to work together to better serve the travelling public.”

Landing charges at Heathrow will fall over the next few years, the UK’s aviation regulator has ruled, following pressures from airlines to cut the cost of flying to the London airport.

Britain’s Civil Aviation Authority is proposing this morning that the average maximum price per passenger that airlines will pay Heathrow will fall from £30.19 today to £26.31 in 2026.

The CAA says its final proposals would be “in the best interest of consumers”, and works out as a 6% reduction every year once you account for inflation.

The decisition follows a long-running consultation into charges at the UK’s largest airport, as the sector tries to recover from the pandemic.

Heathrow had pushed for higher landing fees, while the airlines warned higher charges would be passed onto consumers, in a bitter dispute between the two sides (who had “starkly divergent views on the level of charges”, the CAA says).

The move should please airlines, who have been piling pressure on the CAA to lower these fees as they try to recover from the pandemic. But it’s a blow to the airport, which had argued for higher fees to help provide a better service.

“Today’s announcement is about doing the right thing for consumers.

We have listened very carefully to both Heathrow Airport and the airlines who have differing views to each other about the future level of charges.

The deal will allow Heathrow to “make the investment needed for the future”, Moriaty adds.

This is necessary, judging by the masses of uncollected baggage that has piled up in the travel chaos, and the misery suffered by some passengers during recent disruption.

Allowing Heathrow to appropriately invest in keeping the airport safe, secure and resilient, while at the same time providing a good experience for passengers. This includes investing in next generation security equipment and a new baggage system for Terminal 2.

Heathrow had called for the charges to range from £32 to £43 a passenger, as it sought to recoup losses caused by the coronavirus pandemic.

That proposal led Willie Walsh, the head of global airline body Iata, to accuse the airport of “gouging” its customers.

European Central Bank policymakers are gathering in Sintra, Portugal, for their annual forum on Central Banking — at a time when the eurozone risks both a downturn and a new sovereign debt crisis, as policymakers try to cool inflation. We’ll hear from Christine Lagarde this morning.

Tram drivers in south London have started a 48-hour walkout in a dispute over pay, after about 150 members of the Aslef union on the London Trams network, formerly known as the Croydon Tramlink, rejected a 3% offer from operator FirstGroup.

In parliament, MPs will question the Government’s preferred candidate to chair the Competition and Markets Authority, Marcus Bokkerink. 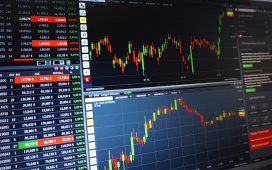