East Nusa Tenggara? Madhya Pradesh? The average American vacationer might not have heard of these exotic, far-flung destinations — located in Indonesia and India, respectively — but iconic budget travel guide Lonely Planet says they’re among the best values for holidays around the world.

The publication’s list of 10 “Best Value” destinations for 2020, part of its Best in Travel 2020 rankings, also includes more familiar places, such as Budapest, Athens and — perhaps surprisingly — American-as-apple-pie Buffalo, New York. (In addition to value destinations, the Best in Travel series also ranks the world’s top 10 cities, countries and regions.)

Tourism authorities in Buffalo, a once-moribund Rust Belt city now undergoing a bit of a renaissance, were chuffed at making the list but cautioned against misreading the ranking. “Don’t let the word ‘value’ mislead you,” regional tourism board Visit Buffalo Niagara cautioned in its blog. “While you can make your way through the best of Buffalo for a fraction of the cost of some other places, you’ll be treated to world-class experiences.”

More from Personal Finance:
As road trips soar, Americans head to these 10 spots
How to pick the best travel rewards credit card
This app makes clearing customs a breeze

Where and how much Americans spend, especially when abroad, is no small concern for global destinations. According to a 2017 report from Get Going Travel Insurance using United Nations data, U.S. travelers are the second-largest international-travel cohort and spent $135 billion abroad that year, a 9% increase over 2016. Their favorite destinations are Mexico, Canada, the U.K., Dominican Republic and France.

However, for all that spending, most Americans are not willing to go into debt to facilitate travel. According to the 2019 U.S. Traveler Survey from travel website Vrbo and research firm Ipsos, only 15% of baby boomers, 27% of Gen Xers and 37% of millennials would take on debt to visit a dream destination (which for Americans in 2018 was Australia, Vrbo found).

Lonely Planet’s Best in Travel 2020 rankings, its 15th annual collection of hot destinations and experiences worldwide, this year “places particular emphasis on the best sustainable travel experiences for 2020 — ensuring travelers will have a positive impact wherever they choose to go,” according to a statement.

1. East Nusa Tenggara, Indonesia: The southernmost province of Indonesia, consisting of 500 islands in the Indian Ocean. “These Indonesia islands offer idyllic beaches and wide-open exploration for less than you think,” says Lonely Planet.

2. Budapest, Hungary: Elegant, sophisticated capital of city of European Union member Hungary. “Of all the grandes dames of Central Europe, Budapest is one of the most rewarding on your pocket, while serving up highlights memorable enough to rank high on continental explorers’ lists of big-hitters.”

3. Madhya Pradesh, India: The country’s second-largest state, nicknamed The Heart of India. “There’s wildlife spotting with a difference in this state of India. The first difference is the price — wildlife-spotting excursions come with a far lower cost than in Africa,” says Lonely Planet.

5. Azerbaijan: An oil- and gas-rich former Soviet republic on the ancient, historical Silk Road. “Azerbaijan is a near-unique destination with a low visiting cost for the quality of accommodation, food and experiences on offer,” says Lonely Planet.

7. Tunisia: Considered the only full democratic state in the Arab world, Tunisia is popular with European vacationers. “Tunisia is a wonderful place to first dip your toes into North Africa at a reasonable cost. … Tunisia’s efforts to win back visitors means that it offers terrific value and also shines a light on what makes the country unique,” says Lonely Planet.

8. Cape Winelands, South Africa: The mountainous region north of Cape Town that’s famously home to South Africa’s noted wine industry. “A short journey from the fabulous food city of Cape Town is the country’s wine region, centered on the historic towns of Franschhoek and Stellenbosch. The real action here is at the wineries and fabulous restaurants dotting the beautiful upland scenery.”

9. Athens, Greece: Dating to 3,400 years ago, one of the founding cities of “the West” and today one of Europe’s hippest destinations. “The best things in Athens are free. Yes, the simply wondrous Acropolis Museum charges a modest fee, but you can gawp at the Parthenon itself from various vantage points for nothing,” says Lonely Planet.

10. Zanzibar, Tanzania: Dozens of miles off the Tanzanian coast, this semiautonomous Indian Ocean archipelago specializes in spices and tourism. “In Stone Town, troll the ancient alleyways and enjoy magical sunsets before taking advantage of the cheap eats at the evening food market or its multicultural cafes. You’ll delight in how much freshly grilled fare you can eat for so little.” 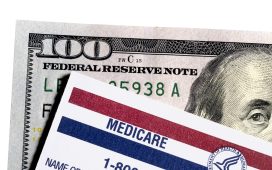 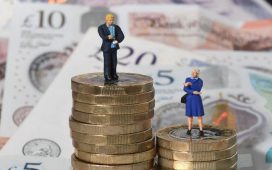 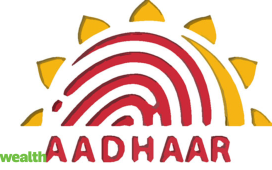 How many times can you change name, date of birth, gender in Aadhaar card?