RICHFIELD — The battle of the 2A Wolves ended with Enterprise High School’s boys delivering a 61-52 victory over North Sevier in semifinal basketball action Friday night in Richfield.

Enterprise set the tone early with a sprint-paced offense, which it maintained throughout the game.

“Even I’m exhausted watching them,” said coach Bud Randall. “We do a lot of that in practice. When we’re running, we can translate that to games.”

“I told the kids if we established a good lead at the beginning, it would pay dividends at the end.” — Enterprise coach Bud Randall

Enterprise drew first blood as Mathew Bowler dropped in the first of three 3-pointers he would drain in the first stanza. Teammate CJ Drake also dropped in a pair of 3’s during the opening eight minutes.

“We have a lot of great shooters, but we don’t always get to show that,” Randall said.

North Sevier’s Ethan Fielding drained a pair of downtowners in the first stanza, while teammate Burke Mickelsen pumped a pair of shots from the paint to punctuate Enterprise’s opening onslaught.

Heading into the second period, Enterprise had built a 23-12 gap.

It was now Tyler Hiatt’s turn to lead the offense for Enterprise, as he worked his way into the perimeter three times for buckets. Adam Holt also scored a pair of shots from the floor, and Drake added another 3-pointer.

North Sevier’s boys broke up the run with 3-pointers from Darian Johnson and Marshall Okerlund, as well as inside shots from Fielding and Mickelsen.

Enterprise maintained a 34-22 edge at the half.

North Sevier retook the court with Brody Butler nailing a 3-pointer, followed by buckets from Okerlund and Mickelsen. The surge put North Sevier within six points of Enterprise, but that was as close as the two teams would get through the balance of the game.

“We played North Sevier earlier this year, and they have just gotten better,” Randall said.

Enterprise tighten up its defense, and with a pair of baskets from Hiatt and another trey from Bowler, took the lead back out to 10 points as the final period started.

Enterprise was able to maintain its edge and manage the clock through the finale to ice the win.

“I told the kids if we established a good lead at the beginning, it would pay dividends at the end,” coach Randall said. He said Enterprise’s senior guards — Levi Randall and Drake — were key to maintaining the lead.

“They’ve been around for a long time and are willing to take the fouls down the stretch,” coach Randall said.

The championship game, Enterprise’s first since 2013, will be played Saturday at 7 p.m. in the Sevier Valley Center. 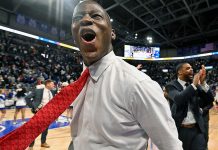 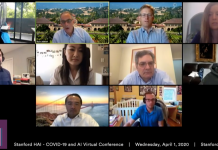 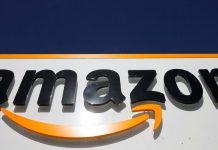 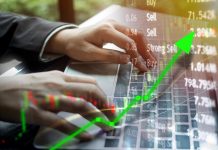 Put Price on Your Side With This ETF – ETF Trends