Back in July the White House’s Council of Economic Advisers posted a thoughtful article to its blog titled, “Historical Parallels to Today’s Inflationary Episode.” The article looked at six surges in inflation since World War II and argued persuasively that current events don’t look anything like the 1970s. Instead, the closest parallel to 2021’s inflation is the first of these surges, the price spike from 1946 to 1948.

Wednesday’s consumer price report was ugly; inflation is running considerably hotter than many people, myself included, expected. But nothing about it contradicted C.E.A.’s analysis — on the contrary, the similarity to early postwar inflation looks stronger than ever. What we’re experiencing now is a lot more like 1947 than like 1979.

And here’s what you need to know about that 1946-48 inflation spike: It was a one-time event, not the start of a protracted wage-price spiral. And the biggest mistake policymakers made in response to that inflation surge was failing to appreciate its transitory nature: They were still fighting inflation even as inflation was ceasing to be a problem, and in so doing helped bring on the recession of 1948-49.

About Wednesday’s price report: It looked very much like the classic story of inflation resulting from an overheated economy, in which too much money is chasing too few goods. Earlier this year the rise in prices had a narrow base, being driven largely by food, energy, used cars and services like air travel that were rebounding from the pandemic. That’s less true now: It looks as if demand is outstripping supply across much of the economy.

One caveat to this story is that overall demand in the United States actually doesn’t look all that high; real gross domestic product, which is equal to real spending on U.S.-produced goods and services, is still about 2 percent below what we would have expected the economy’s capacity to be if the pandemic hadn’t happened. But demand has been skewed, with consumers buying fewer services but more goods than before, putting a strain on ports, trucking, warehouses and more. These supply-chain issues have been exacerbated by the global shortage of semiconductor chips, together with the Great Resignation — the reluctance of many workers to return to their old jobs. So we’re having an inflation spurt.

On the plus side, jobs have rarely been this plentiful for those who want them. And contrary to the cliché, current inflation isn’t falling most heavily on the poor: Wage increases have been especially rapid for the lowest-paid workers.

So what can 1946-48 teach us about inflation in 2021? Then as now there was a surge in consumer spending, as families rushed to buy the goods that had been unavailable in wartime. Then as now it took time for the economy to adjust to a big shift in demand — in the 1940s, the shift from military to civilian needs. Then as now the result was inflation, which in 1947 topped out at almost 20 percent. Nor was this inflation restricted to food and energy; wage growth in manufacturing, which was much more representative of the economy as a whole in 1947 than it is now, peaked at 22 percent.

But the inflation didn’t last. It didn’t end immediately: Prices kept rising rapidly for well over a year. Over the course of 1948, however, inflation plunged, and by 1949 it had turned into brief deflation.

What, then, does history teach us about the current inflation spike? One lesson is that brief episodes of overheating don’t necessarily lead to 1970s-type stagflation — 1946-48 didn’t cause long-term inflation, and neither did the other episodes that most resemble where we are now, World War I and the Korean War. And we really should have some patience: Given what happened in the 1940s, pronouncements that inflation can’t be transitory because it has persisted for a number of months are just silly.

Oh, and for what it’s worth, the bond market is, in effect, predicting a temporary bump in inflation, not a permanent rise. Yields on inflation-protected bonds maturing over the next couple of years are strongly negative, implying that investors expect rapid price rises in the near term. But longer-term market expectations of inflation have remained stable.

Another lesson, which is extremely relevant right now (hello, Senator Manchin), is that an inflation spurt is no reason to cancel long-term investment plans. The inflation surge of the 1940s was followed by an epic period of public investment in America’s future, which included the construction of the Interstate Highway System. That investment didn’t reignite inflation — if anything, by improving America’s logistics, it probably helped keep inflation down. The same can be said of the Biden administration’s spending proposals, which would do little to boost short-term demand and would help long-term supply.

So yes, that was an ugly inflation report, and we hope that future reports will look better. But people making knee-jerk comparisons with the 1970s and screaming about stagflation are looking at the wrong history. When you look at the right history, it tells you not to panic.

Global ‘carbon club’ that dare not talk of tariffs 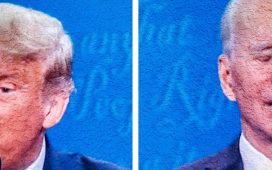 How Can We Still Be Talking About Trump? 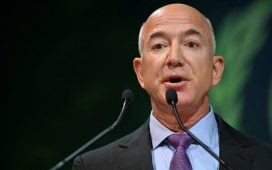 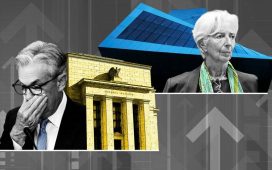 Central banks should keep their cool on inflation

A unique GM lab holds secrets to future EV driving here, and on the moon 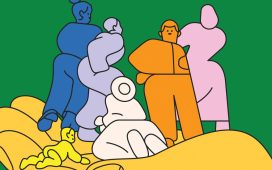 We Are Not Powerless Against a Recession